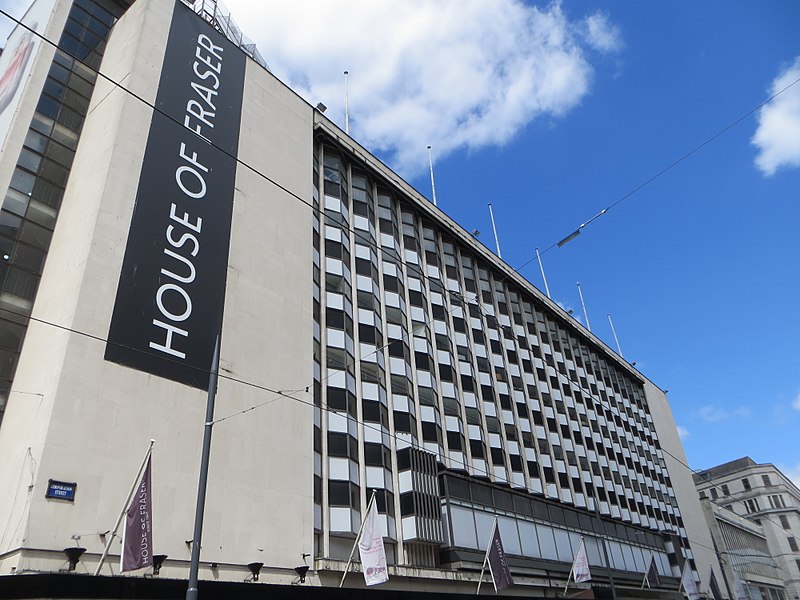 Following House of Fraser going into administration on Friday after talks with its creditors failed to reach an agreement, Sport’s Direct’s Mike Ashley has stepped in to save the business, allowing its 59 shops to remain open, including 31 that had already been marked for closure.

House of Fraser, which employs 16,000 staff,  began trading 169 years ago but has in recent years struggled to keep up with retail trends.

In a statement, Sports Direct said:

The news comes after Chinese firm C.banner pulled out of a rescue deal earlier this month, allowing Mike Ashley to step in. The entrepreneur already held an 11% stake in the department store chain, but now aims to “preserve as many of the jobs of House of Fraser’s employees as possible”, according to administrators from accountancy firm EY.

“It was a challenging transaction to achieve in such a short period of time which will ensure continuity of the business and preserve the goodwill. We hope that this will give the business the stable financial platform that it requires to flourish in the current retail environment.”

It is not known if Mr Ashley will develop the House of Fraser brand or rebrand some stores as Sports Direct, which he founded in 1982 but has grown to 750 Sports Direct stores across the country. Mr Ashley also has investments in Debenhams and French Connection, while owning clothing chain Flannels.

Prior to the Sports Direct purchase agreement, Chinese fashion conglomerate C.banner had been poised to invest in House of Fraser after it agreed a Company Voluntary Arrangement (CVA) with its creditors, which would have closed 31 store, putting 6,000 jobs at risk. However, after not being able to raise the financing, House of Fraser was left seeking new investment.

.@SportsDirectUK tycoon Mike Ashley has bought @houseoffraser in a deal that will make him the most important figure on the British high street

What went wrong for House of Fraser?

A department store as old and as well known as House of Fraser had all the hallmarks of a potentially successful powerhouse in the fashion retail sector; but despite this the store repeatedly failed to capture the evolving nature of the industry. Simply put, it failed to move with the times.

While new technology and online shopping has seen nearly all big retailers go digital, House of Fraser was slow on the uptake and only recently decided to focus more on online sales, after it emerged 20% of the store’s sales were from internet orders.

Even in 2004, the Interactive Media in Retail Group described the store as one that “failed to embrace internet trading opportunities”.

Failing to respond quick enough over the last decade, the likes of Amazon have shoved out ‘old skool’ retailers; with many high street stores shutting down over the years.

House of Fraser has, over the years, swallowed up smaller department store including Dickins & Jones, DH Evans and Army & Navy but failed to replace the gap in the market they inevitable created in the process.

Buying out others stores was a perfect opportunity for House of Fraser to incorporate the smaller names and their unique styles into their brand, slapping their name to a diverse range of product where there was already established demand.

Instead, they created gaps in the market but failed to fill them accordingly, introducing no unique selling points and failing to re-introduce popular items under their own brand name. Where the House of Fraser name could have appeared on as many house items like the successful Marks & Spencer brand, there was instead just lots of third party company brands on sale, which could easily be found elsewhere and online.

Too many under-developed stores

Similar to national retailer John Lewis, House of Fraser has 59 department stores in the UK, but has struggled to carve out a niche for itself over the years.

Most House of Fraser stores have pretty much remained as they were for decades with only minor changes, while other stores including Debenhams and John Lewis have reinvented themselves repeatedly, to maintain their presence in an over crowded and highly competitive marketplace.

Retail analysts suggest House of Fraser should have slimmed down its portfolio many years ago and focused on developing the stores it had, instead of buying more and more stores that remained stuck in time aesthetically and in their business methodology.

Chinese company C.banner was expected to save House of Fraser, but the deal fell through at the last minute.

The firm planned to fund the deal by selling new shares, but its share price falling 70% in two months forced it to pull out and leaving House of Fraser to fall into administration.

Because of this predicament, Mike Ashley and Sports Direct stepped in to snap up the department store chain, including the House of Fraser store in Birmingham’s Corporation Street, formerly known as Rackhams.

What the public think…

#houseoffraser under Mike Ashley will go from Gucci handbags to Donnay and Lonsdale socks – the excitement for the middle classes.

Wish all these football fans would shut up about Mike Ashley – want him to spend millions on A footballer but not save a British company and 17,500 jobs? Including mine 😭😩 #houseoffraser

Welcome to House of Fraser sir, can I interest you in an Armani suit, A Ralph Lauren shirt or maybe some Slazenger socks and a Man City table lamp #HouseOfFraser pic.twitter.com/6tLLyTqhmg

90 FUCKING MILLION FOR HOUSE OF FRASER AND WE CAN'T EVEN GET PERMANENT TRANSFERS. PLEASE JUST FUCK OFF OUT OF OUR CLUB YOU TIGHT FUCKING CUNT. #NUFC #HOUSEOFFRASER

I’m fed up with high-street shops in Britain closing down all the time. There was my favourite when I was a child which was Woolies (closed in 2009). BHS (2016), Toys R Us (2018) have lost their place on the high streets and now #HouseOfFraser could be next 😥 xx pic.twitter.com/by7tiLaESP

I struggle to think of how I use #HouseOfFraser – for me I find it a little on the expensive side; a little dated & quite frankly clothes that are not designed for the likes of me! Is it time to call it a day? Sadly with 17k staff out there I hope they find a good solution, fast! pic.twitter.com/VNmsvalNkf

House of Fraser staff confirm for us that customers can no longer spend gift cards because of the current takeover situation, but they may begin taking them again in future #HouseofFraser pic.twitter.com/Osoi8nPYwh

Got an opinion on this story? Tweet us at @iambirmingham.