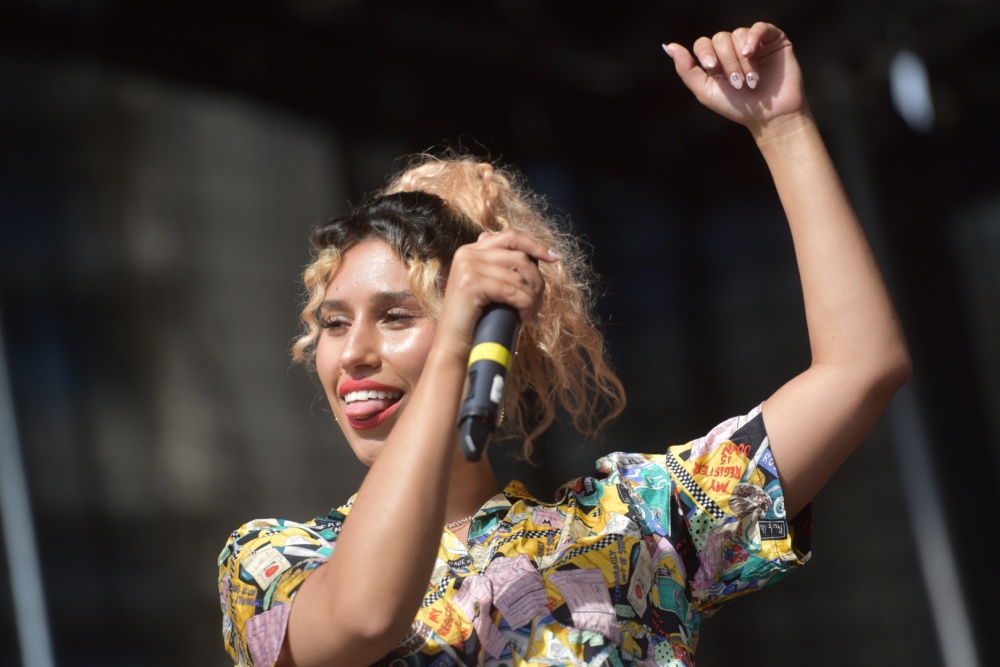 Students in Birmingham have been celebrating gaining a place at university in style today,, when they were invited to a unique music festival at Birmingham City University on A-Level results day.

Major acts such as RAYE, DJ Roman Kemp and Birmingham duo Lotto Boyzz headlined the first-ever BCU Fest – dedicated to celebrating the success of students on the same day thousands across the country gained their places in higher education.

The unique festival was staged on the University’s doorstep in Birmingham’s Eastside City Park and was open to all students who received an offer to study at Birmingham City University for the 2018/19 academic year.

Extra tickets were made available on the morning of the event for students offered a place through Clearing, with the University’s hotline opening at 6am.

“It was so much fun performing at the first BCU Fest and getting to meet all the new students who will be starting at Birmingham City University from September.

“Remember to be yourself and work hard. You are your best self when you’re not trying to be somebody else. Being different is good!”

This is one of several initiatives that the University has adopted in recent years to make life easier for students in Clearing.

As part of this year’s Clearing process, prospective students can apply for courses by taking a photo of their exam results and direct messaging it to the University on social media platforms to start their application – Snap, Snap, Send! It is also be the first time the institution has used Instagram to review Clearing applications.

In 2015, Birmingham City University was the first institution to make Clearing offers via Facebook and Twitter, before innovating with a non-stop, 37-hour service the following year and extended to 44 hours for 2018.