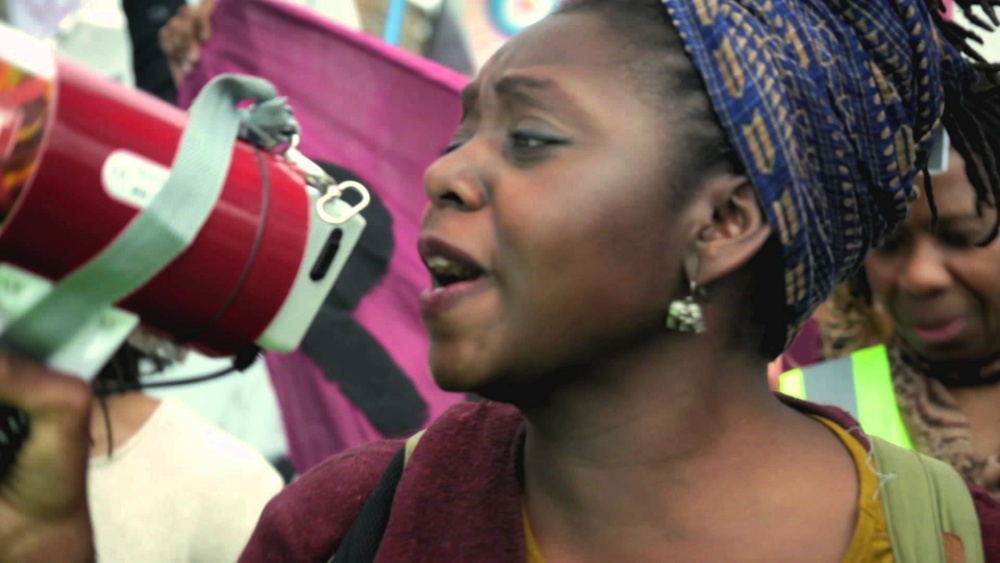 A brand new film festival showcasing a wide range of powerful documentaries, talks and discussion panels kicking off in Birmingham this weekend.

Weekend of Wednesdays, described as a festival dedicated to “cinematic activism”, will be screening documentaries and short film programmes highlighting social movements and people power,from tomorrow.

A part of the BFI Film Audiences Network‘s Uprising ’68 series of events, and supported by Film Hub Midlands, Weekend of Wednesdays will be hosted over two days at Impact Hub Birmingham.

With a focus on films exploring social activism, the festival will allow opportunity and space for open discussions, expert talks and ‘interventions’ to get audiences thinking and dissecting themes around social justice and actively making global change.

Expect everything from ‘fire in the belly’ uprising through to small actions for global change, WoW brings new films and old together with a whole host of special guests to get you feeling excited, uplifted and inspired to create change.

Throughout the day, expert panelists will be there to facilitate discussion and give fascinating insights into the day’s themes.

Yellow Wednesdays curator Paul Stringer commented, “I think that fundamentally film hits all the key points as a medium for activism. It’s short enough for people to get invested, offers opportunities for conversation & it can have the visual power to take your breath away.”

Here’s the films screening at Weekend of Wednesdays:

We kick off the first ever Weekend of Wednesdays with a poignant look at social protest in America. Coupled with a discussion on Black Radicalism throughout history, the very first event of the festival looks to be an important reminder of social action historically through to the present day.

The Black Power Mixtape 1967–1975 is a 2011 documentary film that examines the evolution of the Black Power movement in American society from 1967 to 1975. Featuring interviews with Angela Davis, Bobby Seale, Huey P. Newton, Eldridge Cleaver, and other activists, artists, and leaders central to the movement. This screening will be followed by a discussion led by academic, activist and author Kehinde Andrews who leads the development of the Black Studies degree and is director of the Centre for Critical Social Research; founder of the Harambee Organisation of Black Unity and co-chair of the Black Studies Association

Featuring award winning shorts from around the world, the Rise Up! short film programme has something for everyone. Highlights include Black Panthers as well as a selection of Channel 4 Random Acts films.

To close the first day of Weekend Of Wednesdays we have a powerful and inspiring film that gives an insight into the work and conditions of young revolutionaries in the UK. Generation Revolution is a feature-length documentary film that brings to screen the powerful story of London’s new generation of black and brown activists who are set on changing the social and political landscape in the capital and beyond.

Following the screening a discussion panel will be led by artists and activists from the UK.

Day 2 is all about taking action. Starting with the beautifully inspiring Tomorrow coupled with a talk on sustainability over brunch, the day progresses to a short film programme that looks at women doing incredible things, alongside a talk from internationally renowned documentary photographer Alison Baskerville.

Bringing the festival to a close is Human Flow. An uncompromising look at the global refugee crisis directed by artist and filmmaker Ai WeiWei. Not to be missed, the conclusion to the festival includes a panel of experts leading a discussion on how we can support refugees both locally and globally.

Kicking off the final day of Weekend Of Wednesdays is a powerful and optimistic documentary about people making alternative and creative solutions to some of the problems the world faces. Described by The LA Times as “A forward-thinking take on addressing the demise of the human race”.

TOMORROW is not just a film, it is the beginning of a movement seeking to encourage local communities around the world to change the way they live for the sake of our planet. Filmmakers Mélanie Laurent and Cyril Dion travel worldwide to investigate concrete solutions to environmental and social challenges.

The Real Junk Food Project will be leading a discussion around sustainable diets and food activism over a pay as you feel brunch (recommended £5 donation) TRJFP are a global movement aiming to abolish surplus food through a variety of Pay As You Feel concepts.

She Inspires is a short film programme focussing on incredible Womxn around the world. Highlights include Boarders Without Borders, the all female, all BAME long boarding crew and Single Room Occupancy, an ex-Bond girl fighting the gentrification of her neighbourhood.

Our final film of Weekend Of Wednesdays is the incredible Human Flow. Shot over 23 countries, Human Flow brings the realities of the global refugee crisis to our screen with powerful and staggering imagery. Directed by world renowned artist and filmmaker Ai WeiWei this is a ‘must see’ viewing. Accompanied on the night by a panel of experts offering advice and opening discussion on what we can do, to support refugees locally and worldwide.

Hashtags for the weekend of activities are: #YellowWednesdays, #WoW18 and #WoWMoments.

Our @YellowWednesday film night brings people together around topics that mean something to them, using incredible socially conscious films to promote discussion and share ideas. Why not get a flavour of what hub Wednesdays are like this weekend at #wow18? https://t.co/asGdvB6U4e pic.twitter.com/NP5E4ynMRh

Weekend of Wednesdays takes place on Saturday 8th September and Sunday 9th September, between 11:30 and 21:30 each day, at the Impact Hub Birmingham in Digbeth. For entry fee and more details, click here.