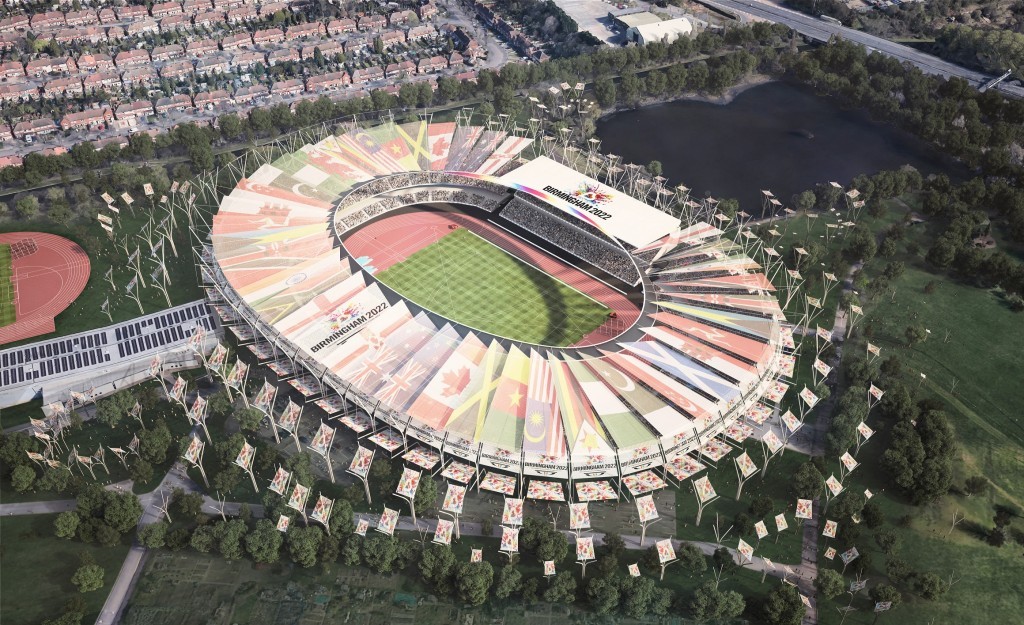 A £165m deal to build an Athletes’ Village for the 2022 Commonwealth Games has been welcomed by West Midlands leaders, after being announced at the Conservative Party conference in the city.

The money will be used to build the village on the site of the former Birmingham City University campus in Perry Barr, financing a dedicated Athletes Village and the infrastructure needed for thousands more new homes.

It will also fund a new rail station and road and bus improvements to help drive a comprehensive regeneration of the wider Perry Barr area.

Thanks to the funding, more than 5,000 quality, sustainable homes will eventually be built for local people. The first 1,400 homes will come through the post-event conversion of the Commonwealth Games village – which will house up to 6,500 athletes and officials taking part in the Games.

The funding was announced by James Brokenshire, Secretary of State for housing, communities and local government, at the Conservative Party Conference in Birmingham on Sunday.

“We are delighted at the announcement from Government which shows their full support of plans developed at a local level by the council and partners to address the desperate need for housing and other important facilities in the city. Co-operation between the council, WMCA and other partners in the city has been central to this.

“These projects will help us to deliver sustainable growth and investment into areas of the city that have been requiring it for some time, improving the quality of life for citizens – and through the Perry Barr scheme in particular, a magnificent legacy from the Birmingham 2022 Commonwealth Games when the Athletes’ Village is handed over post-event to be converted into residential use.”

Mayor of the West Midlands Andy Street added: “Today’s funding announcement supports a once-in-a-generation opportunity to regenerate and transform the Perry Barr area and will ensure the Games leave a lasting legacy for local communities for decades to come.

“It once again shows the Government’s confidence in this region to lead the way nationally and deliver what it says.

“But the Games can also bring a positive and sustained impact for the wider West Midlands, building on the economic and cultural renaissance we are already experiencing across the region.

“Yet this is just the start and we are continuing to working with Government on delivering all aspects of the Housing Deal to help bring hundreds of hectares of derelict land across the region back into life, providing decent and affordable housing for local people.”

The Athletes’ Village will include permanent accommodation and a range of temporary facilities for the Games such as a dining hub, a transport mall, medical facilities and a number of other essential services for athletes and team officials to use.

It will be built on a 24 hectare site and is just one mile from Alexander Stadium, which will play a pivotal role during the Games. The site has become available as a result of Birmingham City University relocating to a new purpose-built campus in the Eastside district next to the planned HS2 terminal. Demolition of the old campus in Perry Barr started earlier this summer.

As part of the village development, there are plans to invest in wider infrastructure in the surrounding area, including local access improvements, a proposed new bus interchange and the introduction of a SPRINT rapid bus service along the A34.

In March 2018 the government announced a landmark housing deal for the West Midlands which backed the ambition of the Mayor and the WMCA to increase the quality and pace of delivery of new homes in return for significant new investment in infrastructure.

This included a £100m brownfield Land Fund to help bring derelict sites back into use and secure new expertise with the setting up of a joint delivery team involving the WMCA and Homes England. The Land Fund is aimed at delivering at least 8,000 new homes.

(Visited 287 times, 1 visits today)
https://www.iambirmingham.co.uk/2018/10/02/government-pledges-165m-housing-infrastructure-investment-commonwealth-games/https://www.iambirmingham.co.uk/wp-content/uploads/2017/10/Birmingham-Commonwealth-Bid-2022-i-1024x625.jpghttps://www.iambirmingham.co.uk/wp-content/uploads/2017/10/Birmingham-Commonwealth-Bid-2022-i-220x140.jpg2018-10-02T16:23:23+00:00Staff ReporterCommonwealth Games 2022CommunityNewsPoliticsSportsTransportWorld£165 million,£165m,Alexander Stadium,Andy Street,Athletes Village,Birmingham,Birmingham 2022,Birmingham 2022 Commonwealth Games,Birmingham City Council,Commonwealth,Commonwealth Games,communities and local government,community,Conservative Party Conference,finance,funding,funds,games,housing,I Am Birmingham,Ian Ward,infrastructure,James Brokenshire,land fund,Money,Perry Barr,Politics,Secretary of State for housing,Sport,Sporting,Sports,stadium,West Midlands Combined Authority,WMCAA £165m deal to build an Athletes’ Village for the 2022 Commonwealth Games has been welcomed by West Midlands leaders, after being announced at the Conservative Party conference in the city. The money will be used to build the village on the site of the former Birmingham City University campus...Staff ReporterStaff Reporter[email protected]AdministratorI Am Birmingham
« Birmingham third most toxic city in the UK, according to fresh study
Three men stabbed near McDonald’s in Birmingham city centre – area sealed off by cops »