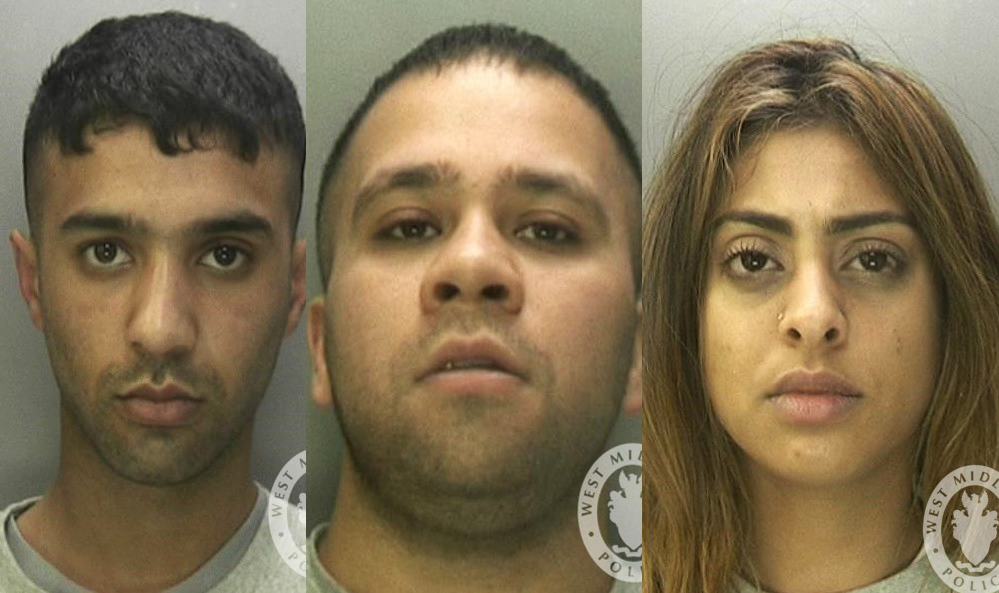 A gunman who was arrested trying to flee the UK hours after shooting a man dead in Handsworth has been found guilty of his murder.

Anib Khan was caught on CCTV firing the shotgun into a car driven by Taimoor Zaheer, who had been lured to his death by the killer and his older brother, Harras.

Mr Zaheer and two friends were in his Vauxhall Vectra on the afternoon of 22 May, when they were caught in traffic outside the Khan brothers’ house on Crompton Road, Handsworth.

Mr Zaheer told friends he had argued with the brothers the night before, but was said not to have been particularly concerned about it.

The brothers shouted abuse at the victim, asking: “What you gonna do?”.

CCTV shows the brothers gesture to Mr Zaheer to follow them in their black Audi.

The two cars were driven to nearby Maxwell Avenue, where Harras Khan unlocked a parked van and pulled out the shotgun.

The brothers shouted: “Do you want it?”.

Harras handed the weapon to his brother before shouting: “Blast him, do it.”

Anib Khan fired at Taimoor at point-blank range through the open window, before fleeing the scene with his brother.

Taimoor died at the scene, but officers quickly established Anib Khan was the gunman and he was arrested at Dover at 4am the following day as he tried to leave the country by ferry.

Anib Khan was picked out on an ID parade, and was found guilty of murder today (19 November) at Birmingham Crown Court. He earlier admitted possession of a firearm with intent to endanger life.

Harras Khan was found guilty of the same charges today. They face automatic life imprisonment when they are sentenced tomorrow (20 November).

Nahima Begum, who drove Anib Khan to Dover, was found guilty of assisting an offender. She will also be sentenced tomorrow.

Today Det Insp Paul Joyce, who led the murder investigation, said: “This was an appalling act of violence: A shotgun brandished and fired in a residential street in broad daylight, resulting in the death of a man.

“Thankfully, we were able to build up a picture of what had happened thanks to extensive CCTV coverage of the area, and were able to circulate Khan’s details, which meant he wasn’t able to flee the country as planned.

“We might never know exactly why Taimoor Zaheer was killed, but we hope we have managed to give his family some sense of justice now that his killers are behind bars for many years to come.”

West Midlands Police has recovered more than 100 guns so far this year. If you have information on people involved in gun crime in your area, let them know via Live Chat at west-midlands.police.uk, or Crimestoppers anonymously on 0800 555 111.

(Visited 4,472 times, 1 visits today)
https://www.iambirmingham.co.uk/2018/11/19/birmingham-brothers-face-life-jail-handsworth-shotgun-murder-video/https://www.iambirmingham.co.uk/wp-content/uploads/2018/11/WMP-mugshot-Anib-Khan-and-Harras-Khan-and-Nahima-Begum-WMP-800x475.pnghttps://www.iambirmingham.co.uk/wp-content/uploads/2018/11/WMP-mugshot-Anib-Khan-and-Harras-Khan-and-Nahima-Begum-WMP-300x178.png2018-11-19T19:02:50+00:00Staff ReporterCommunityCrimeNewsAnib Khan,arrest,arrested,Birmingham,brothers,caught,CCTV,Court,Crime,Guilty,gun,gun crime,Gunman,guns,Handsworth,Harras Khan,Inspector,Investigation,jailed,murder,Paul Joyce,Police,Sentence,street crime,Taimoor Zaheer,Video,Violence,West Midlands,West Midlands Police,WMPA gunman who was arrested trying to flee the UK hours after shooting a man dead in Handsworth has been found guilty of his murder. Anib Khan was caught on CCTV firing the shotgun into a car driven by Taimoor Zaheer, who had been lured to his death by the...Staff ReporterStaff Reporter[email protected]AdministratorI Am Birmingham
« Foka Wolf: The bastard child of Viz has his own expo in Brum
Eight guns taken off the streets of Birmingham in just 21 days, police reveal »