Verdict on ‘CityPark4Brum’ petition to be reached at a council meeting 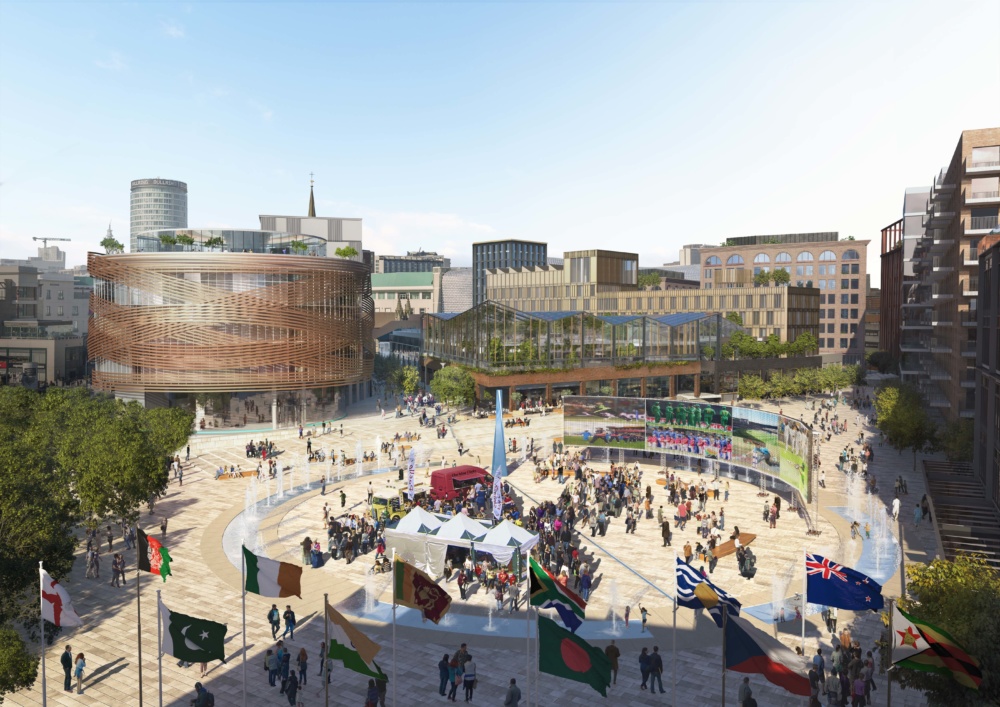 The verdict will be reached today by Birmingham City Council (BCC) about a petition to transform Smithfield in to a signature open green space.

‘CityPark4Brum’, which has over 10,000 signatures, was formed to lobby BCC’s masterplan for Smithfield, which “had no green space whatsoever ” says campaign leader, Jim Tucker. The petition was received by the city council last week and will be addressed today at a public meeting.

The decisions about Smithfield ultimately lie in the hands of BCC and development partner, Lendlease. Today’s meeting will determine whether they are willing to work with ‘CityPark4Brum’ and the alternative vision of those behind it.

‘CityPark4Brum’ is a community-led campaign which was started by resident and university lecturer, Jim Tucker in 2015.

Tucker argues that whilst “housing is a big priority…we need a good lifestyle for people who live in the heart of the city”. He believes that a large open green space in the city centre would provide an array of environmental, lifestyle and employment benefits to residents.

What we are asking is that that council now (i) gives a considered response to #CityPark4Brum plan and (ii) provides opportunity to work with them & @LendleaseGroup so that public support for a #MarketsPark at heart of #Smithfield is not ignored.

Smithfield is not the only redevelopment due to start in Birmingham. So why is this site worth fighting for?

Location – Smithfield is in an ideal spot just a few minutes’ walk from the Bullring and Grand Central.

Size – It is a sizeable space too. At 17-hectares, the old wholesale market hub is big enough to fit 8 football pitches in it.

Publicly owned – Moreover, Tucker explains that Smithfield is still predominantly publicly owned, which makes it easier to have influence over.

“Birmingham Smithfield is the city’s most important redevelopment opportunity. The site is the location where Birmingham first developed and where its future will now be defined.” – Waheed Nazir, BCC’s Corporate Director for Economy.

In response to the decision made on Friday, CEO of Lendlease Europe, Dan Labbad said,

“Much like Birmingham itself, the area is brimming with creativity and opportunity. Our plans for the redevelopment will respect this heritage and bring more jobs, homes and environmental benefits to the area and the people of Birmingham.”

With plans already in mind, the question is whether Lendlease and BCC choose to acknowledge ‘CityPark4Brum’s alternative.

“In terms of Lendlease, CityPark4Brum would hope to work with them to deliver on the wishes of thousands of people wanting a significant park, and a focus on green space for Smithfield, [which] will not only work for the current citizens of Birmingham but also provide a lasting legacy for generations to come.”

As leader of the campaign, Jim Tucker is hopeful about working with BCC and Lendlease on the redevelopment of Smithfield. The response at today’s meeting could ultimately determine the outlook for Smithfield’s redevelopment.

Do you have an opinion on Smithfield’s redevelopment? Response from this afternoon’s council meeting to follow.

UPDATE: An inconclusive response from Councillor Ian Ward as he states the council “would welcome the opportunity to work with stakeholders” in response to CityPark4Brum petition.

Councillor Ian Ward has addressed a representative of ‘CityPark4Brum’ at this afternoon’s city council meeting.

The petition had no disagreements and Cllr Ian Ward continued to state that, ‘there will be engagements will all stakeholders as we progress this work.’

However, he continues to say that ‘the 2016 masterplan for Smithfield will of course form the basis for how Lendlease will take forward the development of the site.’ CityPark4Brum formed the campaign to lobby this masterplan.

He concludes by saying ‘the city council would welcome the opportunity to work with stakeholders… including those campaigning for CityPark4Brum as we take forward the delivery of this major scheme for the city of Birmingham.’

What is inconclusive from this meeting is to what extent BCC and Lendlease will integrate CityPark4Brum’s  alternative vision.

CityPark4Brum have since stated that they “welcome Ian Ward’s public statement that the council is now willing to work with us and those who support this campaign”. How much the council and Lendlease are willing to do so will become clear in the coming months.