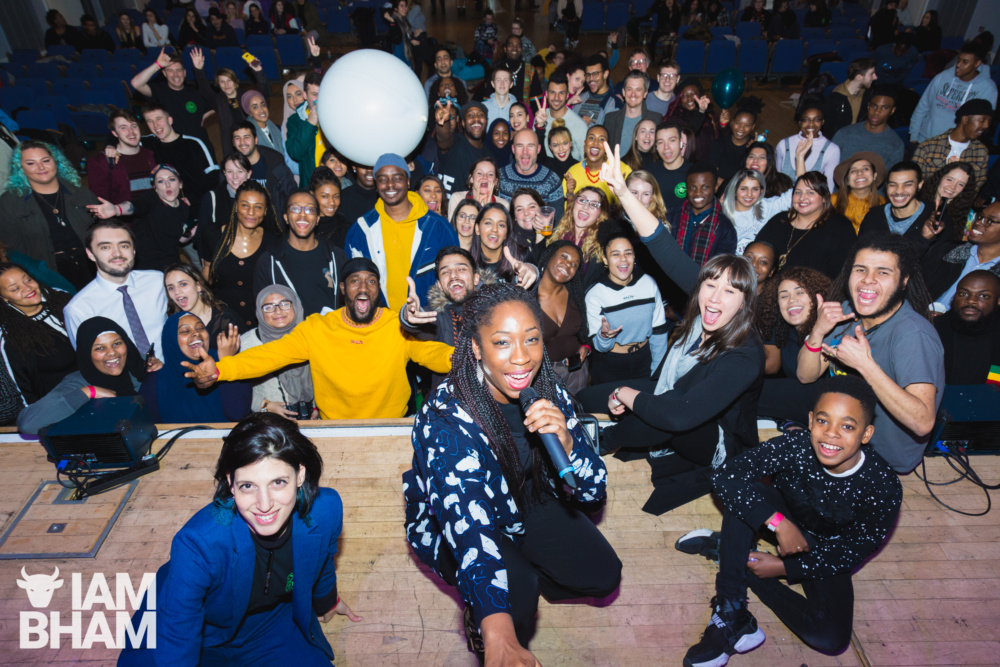 Over 800 tickets were sold for the event in Birmingham Town Hall, where the main hall became a lounging chill-out zone for much of the night as spoken word performances and interactive dominated the night.

The event was first started in 2013 by Beatfreeks CEO and founder, Anisa Haghdadi, with the aim to create a space for young people to gather and share poems; and has since grown into a hugely popular event which takes place every month – only missing two months since beginning.

“Poetry Jam is born out of the fact there aren’t many spaces that young people can access for free to share how they’re feeling without there being someone else’s agenda or something else such as them needing to spend money, so it was really born out of that need.

Beatfreeks is a movement of people and companies using creativity to empower people to challenge themselves and the world they find themselves in.

From convening young people in coffee shops to explore poetry as social commentary through to their innovative ideas to democratise data through tea and biscuits, the ‘Collective’ works together to fuel conversations and concepts that dare people to challenge the ways of the world.

“I think its important for the city, particularly at the Town Hall, it’s important for young people to know that institutes believe in them and want to listen to them and that they can use places like this.”

The doors opened at 6:30pm and started at 7pm, with several artists, some regulars and a few new poets, taking to the stage to perform. People of all ages and backgrounds shared and listened.

Lisa Greenwood was there for the first time and performed the first poem she ever wrote:

“This has been a completely awesome experience, from the offset it’s just a real community buzz, and an awesome loving environment; a safe environment where people can grow and explore and I think it’s just very encouraging and it’s inspiring for people of all ages to come and just be who they are.”

Another first-timer was Rebecca Harris, who wrote a poem about body positivity:

“I like the idea of writing poetry, my friends have encouraged me to write down how I feel, kind of like mindfulness way and then when its things you feel strongly about, and it might have an impact on other people.

“I felt like I wanted to try and talk to other people about my feeling, and I wanted to challenge myself, to speak in front of a group of people on something personal, which terrifies me.”