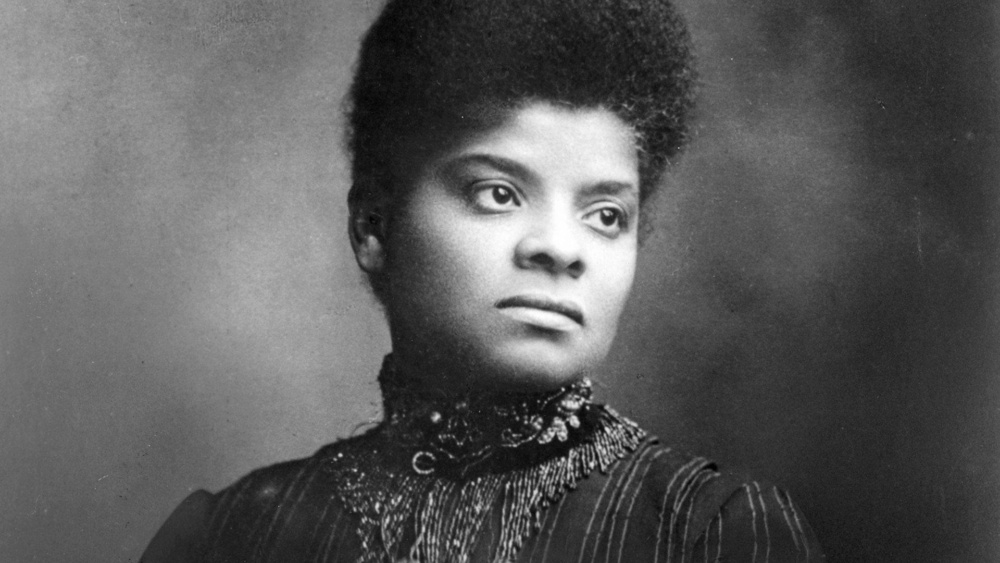 A memorial plaque has been unveiled at an Edgbaston community centre in Birmingham to commemorate a heroic civil rights activist who opposed lynching of black people.

Seen as one of the most important activists in US history, Ida B. Wells was born in 1862 and became a civil rights campaigner, fighting against racism, sexism and violence.

She came to Birmingham and stayed at number 66 in Gough Road – the site where Edgbaston Community Centre now stands. The building was purpose built by WM Housing Group and Birmingham City Council and opened in 2015.

Ida based herself at the site and mobilised women in Birmingham and London against the lynching of black people in America.

She spoke twice in the city on the 17th May 1893, first to the Young Men’s Christian Assembly Rooms in Needless Alley, and then at the Central Hall in the evening.

During her time in Birmingham, she stayed at 66 Gough Road, in Edgbaston, where, on the 12 February, a heritage plaque organised by the Nubian Jak Heritage Organisation was unveiled.

The plaque was installed after the Nubian Jak Community Trust identified the community centre as the site where Ida had stayed. It was paid for by the University of Nottingham.

The plaque was unveiled by the Lord Mayor of Birmingham, Cllr Yvonne Mosquito, and Ida’s great grandson, Dan Duster, appeared via video link from America to see the unveiling.

“Her travels to the United Kingdom were significant in helping to sharpen her skills to fight for justice and equal rights.

“It was in the UK that she was able to further expose the international community to the extent, brutal violence, and reasons used for lynching that were taking place in the US.

“She established alliances that lasted for decades and learned about community organising, fundraising, plus creating women’s clubs and organisations for social justice.”

Along with the plaque unveiling there was also a dance performance from Sandra Golding, an African Holistic Dance practitioner from Midlands Arts Centre.

Workshops about Ida’s history were also held after the event. These included a screening of a documentary about Ida followed by a discussion.

Martyn said: “Ida B Wells was born in America and then came to Birmingham and stayed at Gough Road.

“She was an American Civil Rights campaigner. She mobilised women across London and Birmingham against the lynching.

“February is Black History Month in the US and it was felt that it would be good to unveil a plaque that will be fitted to the side of Edgbaston Community Centre.

“It is important to recognise someone who played such a huge role as a leading civil rights activist.”

Lord Mayor of Birmingham Cllr Yvonne Mosquito added: “Ida B Wells was undoubtedly one of the greatest female leaders of the 20th Century.

“Her bravery in tackling racism and fighting for women’s suffrage is renowned.

“We are proud of her historical connection with Edgbaston, Birmingham, and even more so now that she will be permanently memorialised with a Nubian Jak Community Trust Blue Plaque in the City.”

Ida was also known for filing a law suit against a train car company in Memphis for unfair treatment after being thrown off a first-class train carriage in 1884. She won the case, but the ruling was overturned in a federal court. This, and the indiscriminate lynching of African Americans, encouraged Ida to publish her experiences and findings in a pamphlet.

“Her fight for equality and her anti-lynching campaigns which brought her to Edgbaston, are aligned to Birmingham’s rich heritage of supporting social justice. We are proud that this blue plaque will enable the legacy and amazing story of an often-forgotten heroine of civil rights to be remembered and told.”

Earlier this week, Ida B. Wells also became the first black woman to have a Chicago street named after her.