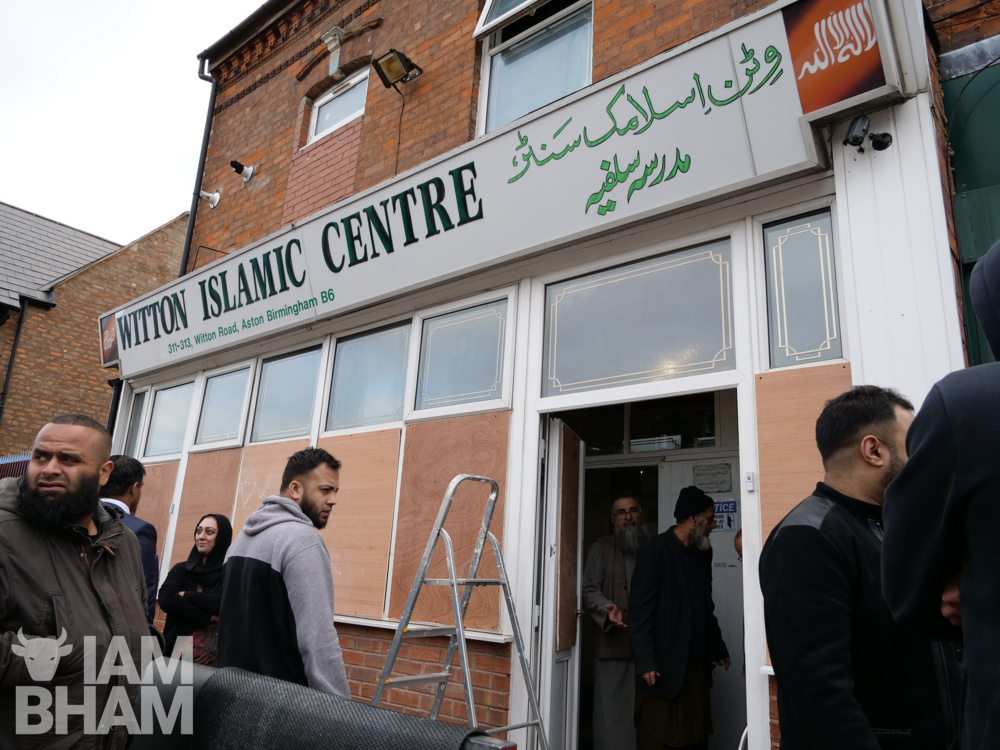 Police are investigating after four mosques in Birmingham had their windows smashed overnight.

Police were called at 2.32am today (21 March) to reports of a man smashing windows with a sledgehammer at the mosque on Birchfield Road.

Officers arrived within minutes, but soon established that the attack had happened some time earlier.

At 3.14am, police were alerted to a similar attack at the mosque on Slade Road, Erdington.

Police began patrols in areas with mosques and came across further damage at places of worship on Witton Road, Aston, and at Broadway, Perry Barr.

Forensic officers are working to identify evidence, and CCTV is being examined.

Neighbourhood officers are working closely with mosques in Erdington, Aston and Perry Barr today, as well as other areas where Islamic centres were hit.

The motive behind the attacks, which are being treated as linked, is yet to be established but West Midlands Police and the West Midlands Counter Terrorism Unit are investigating.

Several windows were smashed at the Witton Road Islamic Centre and mosque staff reported that police officers had retrieved a sledgehammer from the crime scene in the early hours.

Birmingham City Councillor Majid Mahmood – who was one of the first on the scene of the attack as he arrived for early morning prayers – blamed a climate of Islamophobia and racism following the far-right attacks on mosques in Christchurch, New Zealand less than a week ago, which resulted in the massacre of over 50 people. He told I Am Birmingham:

“The religious institutions that were attacked last night were all mosques… five mosques were attacked and we understand an Islamic girls school so clearly… it’s an attack on Muslims, simple as that. ”

He added that the “super diverse” community should remain calm and work with the police.

Nagina Kauser, elected councillor for the Aston ward where the Witton Road mosque is based, said that they needed more security ahead of tomorrow’s Friday prayer services across the city.

“Friday there’s quite a lot of people, so with security concerns, they’ll be fine, but early morning and late in the evening when it’s dark and elderly people come in, we need a bit more police around just in case.”

Which Islamic centres have been attacked?

West Midlands Mayor Andy Street described the attacks as “vandalism” and described them as appalling, bit stopped short of labelling them ‘Islamophobic’:

“I am appalled to hear of the attacks on Mosques in Birmingham today. Nobody should feel intimidated to practise their faith, and given the attacks in Christchurch last week, it is even more shocking that extremists can target Mosques at this sensitive time.

I know the police are working hard to find out what happened and I hope the people responsible have the full weight of the law brought down on them for this despicable vandalism.”

“New Zealand Prime Minister Jacinda Adern was right in demanding an international response to the brutal massacre of muslims that took place in the name of white supremacy. She was emphatic in labelling the far right ideology behind the attacks. We need a similarly robust response from our government.

“Just a few years ago, Mohammed Saleem, a grandfather returning home from prayers at a mosque, was killed by a far right extremist. The attacks in Birmingham underline how extremists have become more emboldened in the wake of the New Zealand terror.

“Anti Muslim hate has been tolerated, even promoted through mainstream media and political discourse for too long. The extent of Islamophobia in the UK needs to be acknowledged and tackled before more lives are needlessly lost.”

“Since the tragic events in Christchurch, New Zealand, officers and staff from West Midlands Police have been working closely with our faith partners across the region to offer reassurance and support at mosques, churches and places of prayer.

“At the moment we don’t know the motive for last night’s attacks.

“What I can say is that the force and the Counter Terrorism Unit are working side-by-side to find whoever is responsible.

“At difficult times like this, it is incredibly important that everyone unites against those who seek to create discord, uncertainty and fear in our communities.”

All the mosques that were attacked by the mindless thug(s) in Brum teach children after school.

A lot of parents are worried about the threat of more attacks. @WMPolice need to be visible in around all mosques until these thugs are brought to justice. #Islamophobia

UPDATE: Cllr Majid Mahmood has confirmed the originally reported girls’ school was in fact another mosque, bringing the reported total number of Birmingham mosques attacked to 5.

Anyone with information has been asked to contact police via Live Chat between 8am and midnight, via 101 any time, or Crimestoppers anonymously on 0800 555 111.