Parkfield School protests and counter-protests in Birmingham over LGBT equality 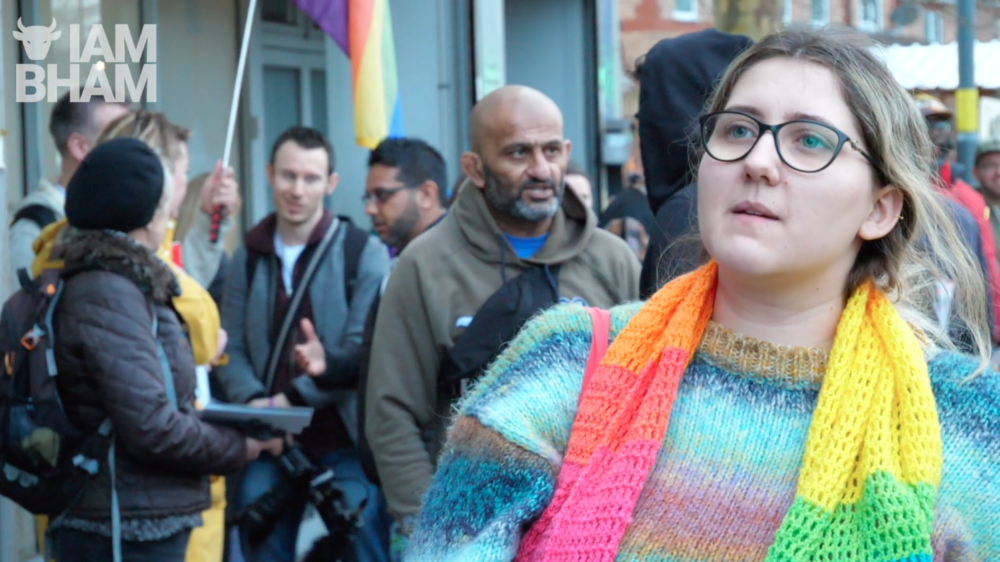 Protests and counter-protests against No Outsiders have been held in Birmingham in recent weeks (Image: Adam Yosef / I Am Birmingham)

Protests in support of equality have been held in Birmingham, in response to a controversial campaign attacking LGBT lessons in primary schools.

Waving rainbow flags outside the Noshashi Civic Centre in Small Heath, individuals from across the city gathered to rally in support of the No Outsiders programme, which has ignited controversy at Parkfield Primary, placing the school under a national spotlight.

The protests originally began in January after a group of parents launched a petition against the school for teaching an equality and diversity program, which includes lessons on respect and acceptance of LGBT rights. These small parent-only protests quickly became a series of demonstrations attended by members of the wider community, and then attracted support from conservative Christian and Jewish groups.

The parents and their fellow protesters claimed their primary concerns were that the lessons were inappropriate for young pupils, and believe that the programme confuses children about their sexuality. The school disagreed, insisting the initiative was age-appropriate and approved by OFSTED.

No Outsiders was created and piloted by the school’s assistant head Andrew Moffat, with the aim of educating children to accept differences in society. Mr Moffat, and the school, have consistently defended the programme, which they said had been fully explained to parents.

In Birmingham, over 600 students were recently pulled out of Parkfield school as part of the protest action, forcing the school to temporarily suspend the No Outsiders programme. Despite some conflicting claims about this suspension and parents now confirming a consultation process has begun, a number of protesters and their supporters are expanding their campaign with the aim of removing LGBT lessons from as many Muslim-majority schools as possible.

On Saturday, a conference calling for an end to the No Outsiders programme was the latest development in this ongoing opposition. The event was organised by ‘STOP RSE’, a group against Relationships and Sex Education in schools at primary level, who believe No Outsiders actively discriminates against the parents right and authority over their children’s education.

Outside the venue, Muslim and non-Muslim members of the LGBT community and their allies congregated in a bid to inform parents of the benefits of No Outsiders, with an aim to dispel what they describe as dangerous myths related to the teaching materials.

Under the umbrella of SEEDS, an educational equality and diversity promoting organisation, volunteers spoke to parents as they entered the conference. The activists, which includes teachers, argued that No Outsiders helps challenge homophobia and promote LGBT equality.

Giving out leaflets behind a banner declaring ‘No to Islamophobia, No to Homophobia’, the group were adamant they wanted to find a resolution that protected both communities, but not at the expense of oppressing either.

Inside the conference hall, a similar sentiment, as speakers insisted they were not homophobic but at the same time deemed awareness of the LGBTQ community “inappropriate” for Muslim children.

Material on display at the event also appeared to contradict these claims.

Amir Ahmed, Chair of Alum Rock Parents Community Group helped organise the conference and has been instrumental in calling protests against No Outsiders at several schools in inner city Birmingham.

Despite protests outside schools in Birmingham attracting hundreds of people, only around 75 people turned up to the conference. The event was openly publicised online, but organisers on the day told us it was a private function.

The main speaker for the event was Dr Kate Godfrey-Fausset, who describes herself as a chartered psychologist and Muslim academic. In a video clip published last year, she delivered a speech about the government’s “totalitarian endeavour to indoctrinate our children in sexual ideologies”. However, although billed as the gathering’s key speaker, she failed to show up at the very last minute, with organisers citing ill health as the reason for her absence.

A number of attendees didn’t want their faces photographed or filmed, and members of the Alum Rock Community Forum who were present asked us not to capture them as they didn’t support what they described as a “breakaway” event, separate from recent positive and progressive discussions they have been having with the LGBT community.

While the protests have been halted as the school re-engages with the Muslim community over the No Outsiders project, tension is still rife between some parents and the school and it supporters – fuelled by lingering speculation and a wealth of misinformation.

This is no doubt a complex situation. Not all parents are against No Outsiders and the teaching of LGBT education, and some groups are actively working with the LGBT community for a solution. Because of this, there are several breakaway groups determined to permanently ban the programme in schools. There is no easy solution in sight, but positive progress has started to be made.