Where once there were many, now there is only one: Not Another Comic Con is on in Birmingham 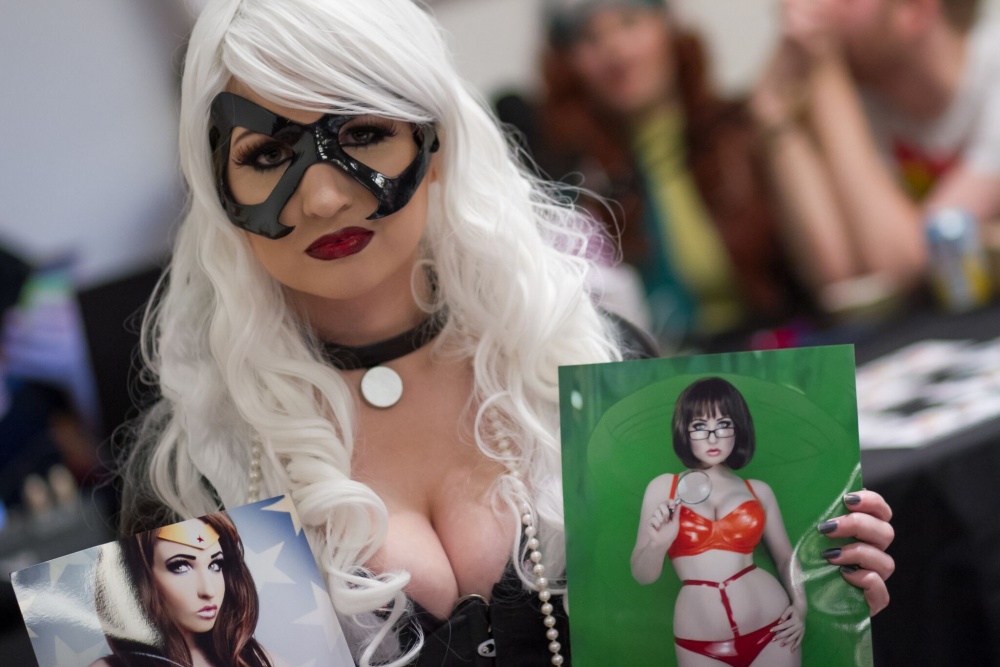 'Not Another Comic Con' will be held at Aston University on Saturday (Photo: NACC)

It wasn’t that long ago that Birmingham could well have been accused of having too many comic cons across the year.

Sandwiched between the two big MCM Comic Con shows were the likes of The Birmingham Comic Con in Edgbatson and the far more comic-focussed International Comics Expo (ICE) in the city centre, but now, there are a few less.​​

ICE have decided take a year off, and I can’t blame them, given the success that ICE organiser Shane Chebsey has had recently with a weekend takeover of Shrewsbury called Comics Salopia.

A show that saw comic book creators, both local and international, pop up all across this rural market town for a weekend. As for The Birmingham Comic Con? Well, I’m hearing that there may well be more nefarious reasons for that show going under. Either way, we are now a city with just the behemoth of MCM standing tall with no challengers. Well, all but one.

Step up, Peter Burke and Not Another Comic Con. Originally having been put on as a smaller event two years ago as part of Burke’s Master degree in Business Studies, he is now a post-graduate with a passion for comics and has managed, without even trying, to be literally the only other comic con in town.

And, it’s on this Saturday 3rd August at Aston University, just a short walk from the main bus terminals in Brum and an impressive venue too.

And, for his sophomore event he’s thought big. Not only has he managed to bag Judge Dredd co-creator John Wagner to appear, bu he also has other 2000AD talents on board too. Ian Edginton (Scarlet Traces, Iron Maiden: Legacy of the Beast), D’Israeli (Scarlet Traces) and Dan Cornwell, all 2000AD alumni, as well as DC Comics’ writer Jamie Delano (Hellblazer) and Marvel Comics writer, Al Ewing.

You can check out the full list here, and tickets, I am reliably informed, are still available from here. Or on the door on the big day.

So, why not support those who had some input into the overpaid stars of the silver screen making these characters some of the most famous and profitable in Hollywood? Take a peak behind the wizard’s curtain. I promise you, they don’t bite. Well, not all of them anyway.

Not Another Comic Con takes place at Aston University in Birmingham on Saturday 3rd August 2019. For more details, visit: www.notanothercomiccon.wordpress.com

(Visited 864 times, 1 visits today)
https://www.iambirmingham.co.uk/2019/08/01/many-now-one-not-another-comic-con/https://www.iambirmingham.co.uk/wp-content/uploads/2019/08/Not-Another-Comic-Con-photo-supplied-800x534.jpeghttps://www.iambirmingham.co.uk/wp-content/uploads/2019/08/Not-Another-Comic-Con-photo-supplied-300x200.jpeg2019-08-01T15:21:19+00:00Olly MacNameeArtsBlogBrumFeedColumnComics & CosplayEventsGeekfestLifestyleNewsWhat's On2000AD,Aston University,B'ham,Birmingham,Brum,BrumFeed,Comic Con,DC Comics,Judge Dredd,Marvel Comics,NACC,Not Another Comic Con,Olly MacNamee,Peter BurkeIt wasn't that long ago that Birmingham could well have been accused of having too many comic cons across the year. Sandwiched between the two big MCM Comic Con shows were the likes of The Birmingham Comic Con in Edgbatson and the far more comic-focussed International Comics Expo (ICE) in...Olly MacNameeOlly MacNamee[email protected]AuthorI Am Birmingham
« Zara Sykes to perform at Jamaican Independence Day celebrations in Birmingham
The Birmingham Jobs Fair is back in town on Friday »