The ongoing struggle of Brits living with HIV, on the eve of World Aids Day 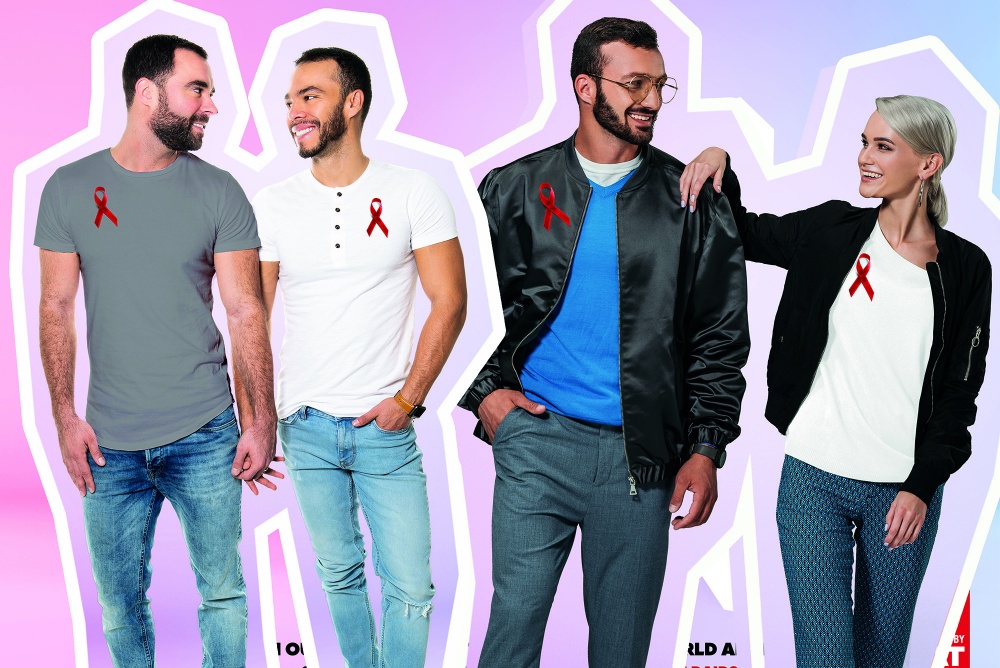 World Aids Day is on December 1, with a #RockTheRibbon campaign this year (Image: IAB/WAD)

As millions around the globe mark World Aids Day on Sunday the 1st of December, an estimated 101,600 people are living with HIV in the United Kingdom.

According to the independent HIV charity, “Avert” awareness and knowledge around HIV continues to drop in the UK.

The organisation observed that a survey by the National Aids Trust in 2014 found that only 45% of people could correctly identify all of the ways HIV is not transmitted, and an increasing proportion incorrectly believed it can be transmitted via routes like kissing (16%).

Over 101,600 people are living with HIV in the UK. Globally, there are an estimated 36.7 million people who have the virus. Despite the virus only being identified in 1984, more than 35 million people have died of HIV or AIDS, making it one of the most destructive pandemics in history.

Today, scientific advances have been made in HIV treatment, there are laws to protect people living with HIV and we understand so much more about the condition. Despite this, each year in the UK over 4,300 people are diagnosed with HIV, people do not know the facts about how to protect themselves and others, and stigma and discrimination remain a reality for many people living with the condition.

Last year 4,453 people in the UK were diagnosed with HIV. Not everybody is equipped with the facts on how to protect themselves and others, and stigma and discrimination remain a life-changing reality for people living with HIV.

We know that 1 in 5 people living with HIV say that they have needed help with loneliness. Nobody should feel isolated or alone because of their HIV status. Peer support services must be made available across the UK so that people can access the help they need, when they need it, and wherever they are.

Three-quarters of people living with HIV who report loneliness and isolation say they haven’t been able to find that help. We want to change that, and we know you do too.

A Birmingham based HIV activist, Tom Matthews said “HIV is still a huge problem in our community and neighbourhood.”

The awareness advocate noted that “despite the fact that HIV is an issue which is not on the news or in the press every other day of the year, people in our community should not think that it has gone away”.

Speaking to I Am Birmingham, Tom Matthews said that the saddening aspect of this issue is that many people who are living with HIV in Birmingham and in other parts of the UK, are not in any position to share their HIV status and the challenges which they face because of the stigma that they feel they would face if they did.

“The reality is also that some of the many homeless people in our communities are also living with HIV and they may have a drug or alcohol dependency problem too”, said Matthews.

On the issue of HIV support services and funding cuts, he urged the incoming government after the December the 12th General Election to listen to the advice of their own Parliamentary groups on issues related to HIV.

World AIDS Day takes place on 1 December each year. It’s an opportunity for people worldwide to unite in the fight against HIV, to show support for people living with HIV, and to commemorate those who have died from an AIDS-related illness. Founded in 1988, World AIDS Day was the first ever global health day.

Organisers are urging more people to wear the red ribbon to raise awareness of HIV and AIDS. This year’s campaign is accompied with the hashtag #RockTheRibbon.

A World Aids vigil will be held at St Paul’s Church in Birmingham at 1:30pm on Sunday the 1st of December 2019.  The event will feature music and will be attended by West Midlands Mayor Andy Street, as well as councillor Alex Yip. Birmingham based HIV specialist doctors and activists will also deliver speeches at the gathering.

World AIDS Day is important because it reminds the public and government that HIV has not gone away – there is still a vital need to raise money, increase awareness, fight prejudice and improve education.

The World Aids vigil will be held at St Paul’s Church in Birmingham at 1:30pm on Sunday the 1st of December 2019.