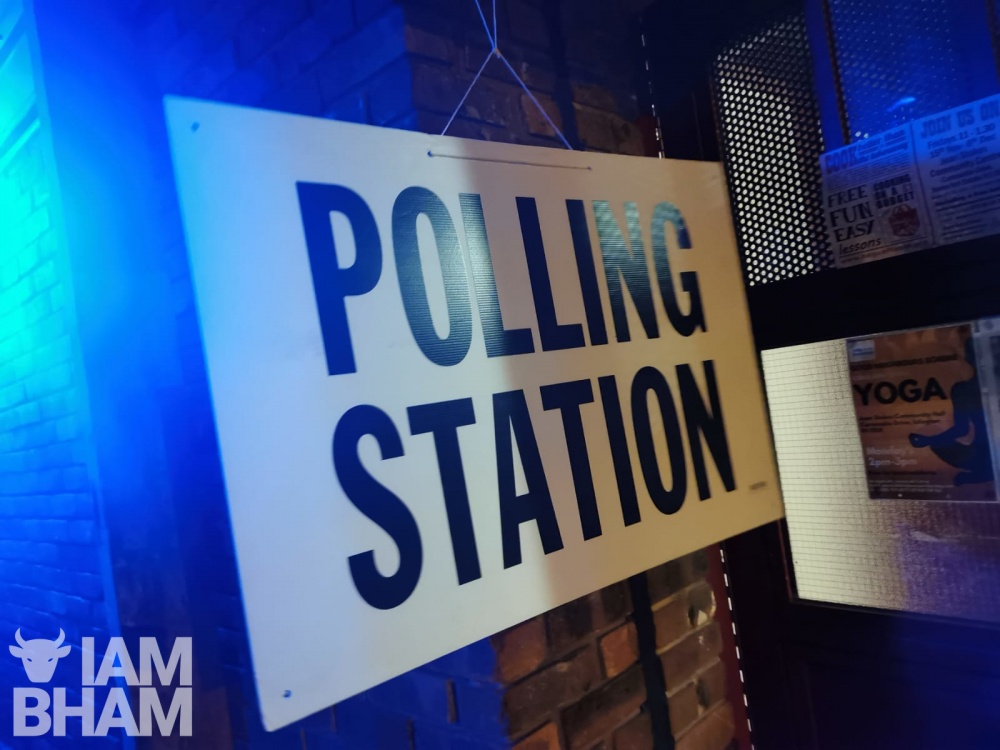 It’s Election Day across the UK as the population votes for a government. Birmingham’s constituency results will be coming in through at the ICC in the city centre, where a dedicated hall has been set up and is ready to go!

We’re here and sharing the latest updates and results as they come in, along with the latest photos, interviews and video. Keep checking below for the latest news from Birmingham’s General Election count.

4.15am | In a surprise upset for Labour, Gary Sambrook is the newly elected Conservative MP for #Birmingham Northfield, taking the parliamentary seat from Labour’s Richard Burden.

3.00am | The first Birmingham results of the night are in:

2.00am | Birmingham Yardley MP candidate Jess Phillips is swamped by press at the Birmingham vote count. Responding to exit polls, she said: “No one trusted what Jeremy Corbyn promised”.

1.45am | Brexit’s Birmingham Northfield MP candidate Keith Rowe (formerly UKIP) doesn’t think he’ll win the seat but told us he thinks it the constituency result will be very close between Labour and Conservative.

1.35am | Birmingham Perry Barr MP candidate Khalid Mahmood is “despondent” about the exit polls and the likelihood of a Labour government. He thinks it’s time for a new Labour Party leader.

1.30am | Labour’s Birmingham Perry Barr MP candidate speaks to the press at the ICC. He told I Am Birmingham that “ultimately there probably will be a Conservative government”.

1.15pm | I Am Birmingham reporter Paul Stringer chats to Terri-Anne Coope on Switch Radio about the mood at the Birmingham vote count so far.

1:00am  | Vote counting continues. There’s rumours of Northfield, Edgbaston and Erdington having some surprise results, but no results or confirmation as yet.

12.00am | The vote count is ongoing but no results announced as yet.

11.30pm | The vote count continues in Birmingham as all ballot boxes are in.

11.10pm | Vote counting is underway in Birmingham as ballot boxes are still bring brought in.

11.05pm | Ballot boxes have begun slowly arriving into the hall at the ICC.

10.45pm | Representatives from different political parties arriving at the General Election 2019 count at the ICC in Birmingham.

10.25pm | We’re all set up as counting tables are now near filled with vote counters ahead of the ballot boxes coming in.

10.10pm | National and local press and media have been setting up and waiting for hours ahead of the results slowly coming in for Birmingham’s ten constituencies:

9.50pm | National and local press outlet are all set up at the ICC ahead of the city’s official election count which begins very soon.

9.30pm | Here’s Deputy (Acting) Returning Officer Clive Heaphy, on the left with a fellow official at the ICC in Birmingham ahead of the official vote count.

9.15pm | Organisers and vote counters are beginning to come into the ICC to set up the tables.

8.00pm | Counting of postal votes has begun at the International Convention Centre in Birmingham.

(Visited 1,145 times, 1 visits today)
https://www.iambirmingham.co.uk/2019/12/12/ge2019-live-general-election-birmingham-results-updates/https://www.iambirmingham.co.uk/wp-content/uploads/2019/12/Polling-Station-photo-General-Election-2019-by-Denise-Maxwell-1-800x600.jpeghttps://www.iambirmingham.co.uk/wp-content/uploads/2019/12/Polling-Station-photo-General-Election-2019-by-Denise-Maxwell-1-300x225.jpeg2019-12-12T21:51:01+00:00Staff ReporterGE2019NewsPolitics2019,B'ham,Birmingham,Brexit,Brexit Party,Brum,Brummies,Christmas,Conservatives,Election,GE 2019,GE19,General Election,General Election 2019,Greens,I Am Birmingham,ICC,International Convention Centre,Labour,latest,Lib Dems,news,Polling Station,Report,Reporters,Reports,Results,UK,UK Election,Updates,Votes,VotingIt's Election Day across the UK as the population votes for a government. Birmingham's constituency results will be coming in through at the ICC in the city centre, where a dedicated hall has been set up and is ready to go! We're here and sharing the latest updates and results...Staff ReporterStaff Reporter[email protected]AdministratorI Am Birmingham
« Russell Brand to join Duran Duran stars for charity winter ball in Birmingham
WATCH: Brum parody of ‘Fairytale of New York’ released as Xmas single for charity »