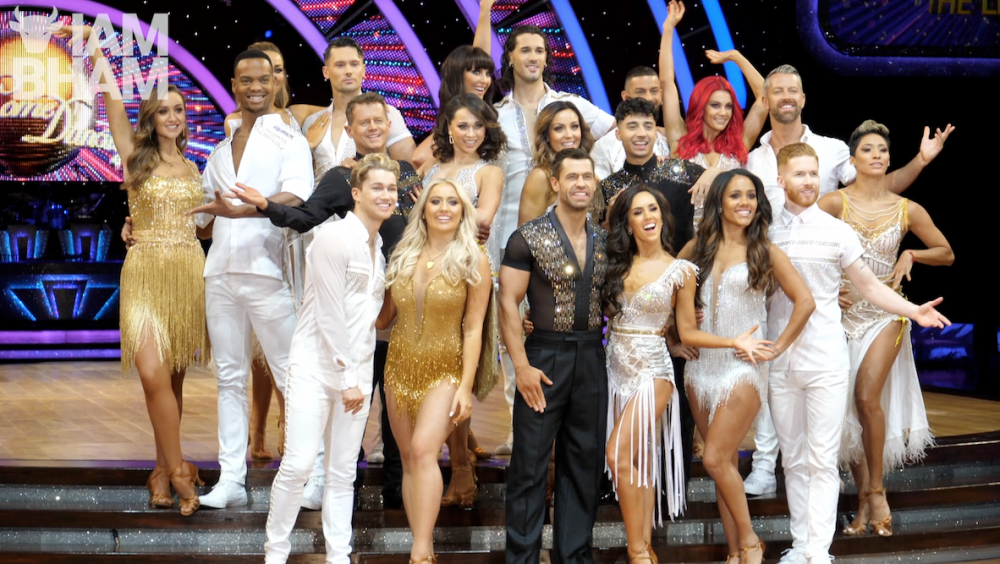 Fan-favourites from popular BBC One show Strictly Come Dancing sashayed their way on to the dance floor in Birmingham today, to kick off the eagerly-anticipated live tour.

Stars of the recent series including finalists and reigning champions are bringing the magic of the television format to a live audience as they launch the extravaganza at Arena Birmingham tomorrow, lasting from the 16th to the 19th January, before heading off to tour the nation.

In the show, celebrity contestants and professional partners come together to form a dance extravaganza. Featuring couples’ dances and group dances, Strictly Come Dancing 2018 winner Stacey Dooley will take over from Ore Oduba to present this year’s show.

Famous faces from the judging panel – Shirley Ballas, Craig Revel Horwood and Bruno Tonioli – will all be in attendance for the 33 scintillating shows.

It doesn’t end there – professional dancers Luba Mushtuk, Karen Hauer, Dianne Buswell, Joshua Keefe, Jake Leigh and Robbie Kmetoni will complete the supersized spectacle. Plus, you guessed it, Dave Arch and the gang will be back to provide orchestral music and live music for the tour. Showcasing all the amazing choreography that Strictly is known for, the must-see event includes numbers from both Latin and Ballroom dancing.

Winner Kelvin Fletcher is most known for his 20-year tenure on popular ITV soap Emmerdale, and samba’d his way to the Glitterball trophy last month.

On her swapping with Oti Mabuse, Jennette Manrara joked that there was “No pressure!”

Speaking to I Am Birmingham about whether being apart from Oti was bittersweet, Kelvin Fletcher said: “There is that, but I’m just so excited to be dancing with Janette and being back with everyone again. It’s amazing.”

Stacey Dooley has swapped investigative journalism for the time being to host the event, after winning the 2018 series and herself performing in the live tour last year, including dates in Birmingham.

“It feels great. It’s a real treat actually. Hosting this year will be completely brilliant, so I feel very lucky.”

Stacey has been a very busy woman these recent years, having filmed hard-hitting documentaries for her Stacey Dooley: Investigates series.

Runner-up Karim Zeroual gave Kelvin plenty of competition after scoring tens all through the series, and became an early favourite to win.

The 26-year-old Strictly contestant is known for reporting from CBBC HQ and has also performed in West End Shows such as The Lion King and Chitty Chitty Bang Bang.

When asked if he’d been missing dancing every Saturday night, he responded, “Having the tour to look forward to did really help!”

“I just feel that I’m very very lucky. To dance with Anton and now Graziano… I’m the envy of men and women in the country!”

Emma is most recognised for her popular role on Eastenders as Honey Mitchell, a role she has played on and off for 13 years.

Joining the ensemble is Corrie actress Catherine Tyldesley, who was beyond ecstatic to be paired again with Johannes. Like many at home, Catherine also felt they had longer left.

“We can’t wait, we felt like we had more in us. We didn’t want to go when we did, but the chance to dance again with Johannas is the greatest gift.”

Saffron has over 1.4m followers on Instagram and over 2m subscribers on YouTube, where some of her videos have hit nearly 10 million views.

When asked Saffron how it felt adjusting from the YouTube to mainstream television, she told I Am Birmingham: “I think it was obviously very different at first. I wasn’t used to not editing the videos myself! But if AJ bailed on me for the tour I don’t know what I’d do!”

Alex Scott and Neil Jones are also returning and are raring to get going. I spoke to Alex about claims that athletes have an advantage in the competition due to their level of fitness.

“It’s actually harder for athletes because we’re so built it actually makes it harder to move like a dancer.”

Alex is hugely successful, having played for Arsenal in the women’s team and even represented Great Britain at the 2012 London Olympics.

For more information or to book tickets, visit: www.strictlycomedancinglive.com.

(Visited 1,096 times, 1 visits today)
https://www.iambirmingham.co.uk/2020/01/15/star-studded-line-dazzles-birmingham-kick-starts-strictly-come-dancing-live-tour/https://www.iambirmingham.co.uk/wp-content/uploads/2020/01/Strictly-Come-Ddancing-Live-Tour-2020-in-Birmingham-01-800x451.pnghttps://www.iambirmingham.co.uk/wp-content/uploads/2020/01/Strictly-Come-Ddancing-Live-Tour-2020-in-Birmingham-01-300x169.png2020-01-15T20:49:23+00:00Ben HouseDanceEntertainmentEventsNewsShowbizWhat's On20/20,2019,AJ Pritchard,Amy Dowden,Arena Birmingham,Arena Tour,Ben House,Birmingham,Bruno Tonioli,Catherine Tyldesley,Craig Revel Horwood,Dianne Buswell,Emma Barton,Graziano Di Prima,Interviews,Jake Leigh,Janette Manrara,Johannes Radebe,Joshua Keefe,Karen Hauer,Karim Zeroual,Katya Jones,Katya Jones; Alex Scott and Neil Jones,Kelvin Fletcher,Launch,Live Tour,Luba Mushtuk,Mike Bushell,Robbie Kmetoni,Saffron Barker,SCD,SCD Live,SCD Live Tour,Shirley Ballas,Stacey Dooley,Strictly Come Dancing,Strictly Come Dancing Live Tour,UK,UK Live Tour,UK Tour,VideoFan-favourites from popular BBC One show Strictly Come Dancing sashayed their way on to the dance floor in Birmingham today, to kick off the eagerly-anticipated live tour. Stars of the recent series including finalists and reigning champions are bringing the magic of the television format to a live audience as they launch...Ben HouseBen House[email protected]AuthorFreelance PR practitioner, journalist and copywriter Ben has been involved in many different projects, whether in showbiz or philanthropy, and is able to turn them out into engaging copy for social media and press releases. He has remarkable communication skills and media relations, with many notable figures in the LGBTQ+ community having been exclusively interviewed by him. With a Bachelor's in English and a Master's in Public Relations, he is looking to flex his PR acumen further for arts and events in the West Midlands.I Am Birmingham
« Huge fire breaks out at African Village restaurant in Perry Barr
Fire tears through iconic UB40 Eagle and Tun pub in Digbeth »