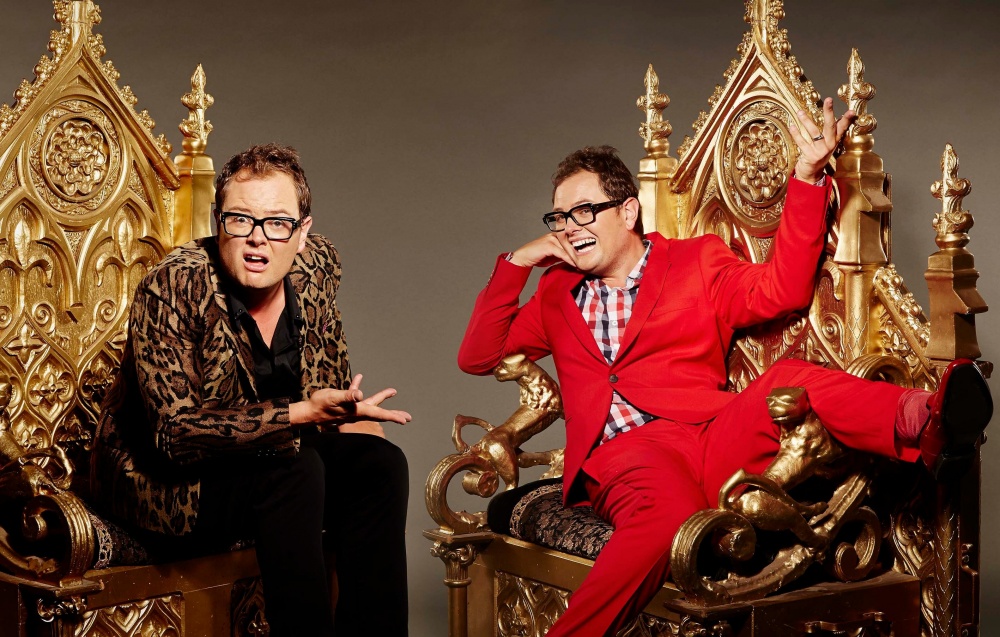 Comedian and chat show host Alan Carr is heading to Birmingham this Autumn for a show where he’ll be musing upon the things that make his life weird and wonderful.

It’s been four years since Alan last went on tour, and in that time he’s managed to find himself in all sorts of dramas. Between his star-studded wedding day and becoming an accidental anarchist, from fearing for his life at border control to becoming a reluctant farmer, three words spring to mind… Not again, Alan!

From September 2020, multi-award winning Alan will be performing at 57 of the UK’s finest theatres, bringing his fourth UK solo tour to cities including Birmingham, giving fans a chance to get up close and personal with one of the country’s most funniest, cherished and unique comedians at the very top of his game.

‘Not Again, Alan!’ comes hot on the heels of previous sold-out tours include Tooth Fairy in 2007, Spexy Beast back in 2011 and Yap, Yap, Yap! in 2015 – all of which went on to become top selling DVD releases.

Having recently finished hosting 16 series of his BAFTA award-winning Channel 4 chat-show Alan Carr Chatty Man, the 43-year-old is also known for There’s Something About Movies on Sky One, hosting Kylie’s Secret Night on Channel 4, Alan Carr’s Celebrity Replay on ITV, presenting I Don’t Like Mondays on Channel 4, and taking the helm of classic gameshow The Price Is Right on Channel 4.

Not only that, but additionally listed under his showbiz CV are Alan Carr’s Happy Hour and co-hosting four Stand Up To Cancer live fundraising events for Channel 4.

Not to mention his fresh TV appearances as a judge on RuPaul’s DragRace UK, A League Of Their Own European Roadtrip, Celebrity Bake Off, and 8 Out of 10 Cats Does Countdown.

The popular presenter, comic, writer and radio host will be back on our television screens as host of ITV’s Alan Carr’s Epic Gameshow. which will combine legendary games show format including Play Your Cards Right, Take Your Pick, Strike It Lucky, Bullseye, and The Price is Right; but in the meantime you can grab the opportunity to see Carr at the Hippodrome in Birmingham in November.