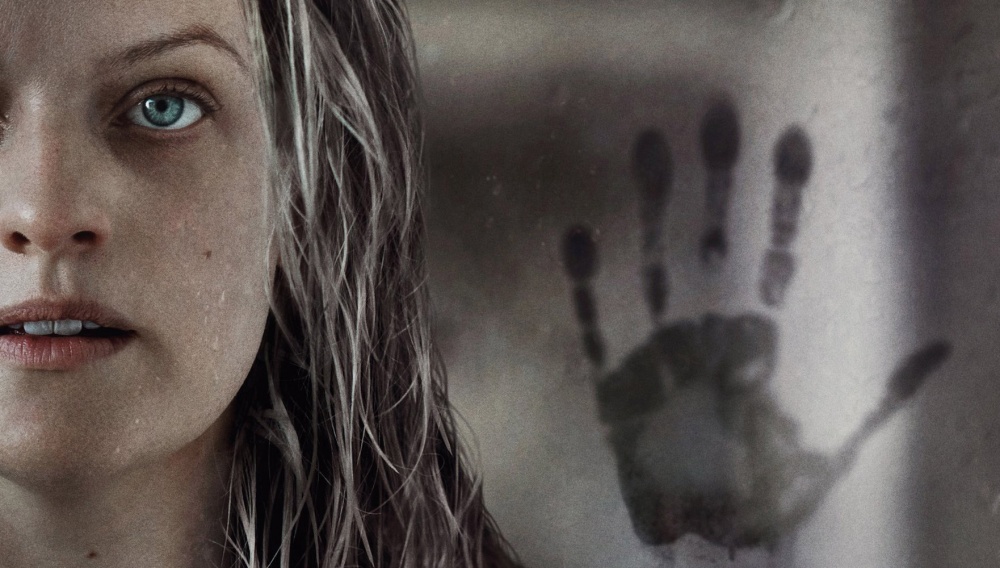 Elisabeth Moss stars in the feature-film adaptation of H. G. Wells’ 1897 novel of the same name.

Any indication that this film was based on 19th century reading material, however, is non-existent. The film begins as a pan of a bedroom against a sublime backdrop of dark, crashing beyond the windows. It looks the perfect hideout for self-isolation.

For a few moments, cinema-goers pervade through the futuristic beach house with Moss’ character, Cecilia, as we see her silently yet frantically gather some belongings, seemingly in an attempt to escape her husband Adrian (Oliver Jackson-Cohen).

And, despite learning of Adrian’s death soon after adjusting to real life, Cecilia escaping her husband yet becomes the integral plot of the film.

She is adamant that Adrian has faked his death and has found a way to become invisible. Immediately, films like The Quiet Place and Birdbox come to mind: many horror-thriller films of late have had a tendency to rely on some sort of human sense being prohibited.

This is what creates some frustration – just how long will it be before people start to believe her? I’ve always hated it when films rely on dramatic irony to create tension. It really stilts the pace of the movie.

And there are some forced moments. The friendship of Cecilia, old best friend James and his daughter Sydney seems really awkward, so much so that I remember thinking that they probably got separate lifts home after filming. The fact that teenage daughter Sydney was willing to share a bed with loony, dad’s-old-school-friend Cecilia seemed far-fetched; perhaps it was to set up the jump scare in that room.

The film shines when Cecilia takes agency into her own hands. Sensing invisible Adrian has followed her up the ladder to the cellar, Cecilia instinctively throws paint through the trap door, and the uncannily smooth 4D sprite of an invisible man jumps through the screen. My partner next to me actually spilt his entire Espresso Martini on my white shirt.

Of course, she soon gets blamed for the crimes that Adrian has been secretly committing, and, of course, she gets sectioned. But its in her incarceration that the pace of the film picks up.

After Cecilia finds out she’s pregnant, Adrian’s lawyer brother Tom (Michael Dorman) gives her an ultimatum: either have the baby and live with Adrian again, or stay incarcerated. Cecilia spits some choice venomous words at the weedy Tom, and there is conviction in her eyes which was not present before.

I won’t spoil the ending, but it is an unmissable watch for any horror fan out there. Elisabeth Moss plays another “survivor” role (The Handmaid’s Tale) and, hey, if you’re ace at something, why stop? She pulls out all the stops to make a character haunted by an invisible psycho-ex utterly convincing. And it’s gripping.

Moss rises to the occasion in her desperate, vociferous attempts to convince others around her of the titular character’s existence. The other characters’ reactions are laughable, because they really make you feel stupid for believing her – but you can’t help it!

And that’s how the film sets up the viewer’s unwavering support for Cecilia: despite the title, it is she who is the protagonist; the ones who instigates, reacts, and ultimately finishes. What I will say, is that the ending is so deliciously satisfying, it will leave you wanting a sequel.

This film was reviewed prior to the UK coronavirus guidance and lockdown. Cinemas are currently closed and attending group film screenings is presently discouraged.

(Visited 1,657 times, 1 visits today)
https://www.iambirmingham.co.uk/2020/03/24/review-invisible-man-2020/https://www.iambirmingham.co.uk/wp-content/uploads/2020/03/The-Invisible-Man-2020-film-800x454.jpghttps://www.iambirmingham.co.uk/wp-content/uploads/2020/03/The-Invisible-Man-2020-film-300x170.jpg2020-03-24T23:54:20+00:00Ben HouseEntertainmentFilmReviewsShowbizWhat's On20/20,2020 film,adaptation,Aldis Hodge,Ben House,Birmingham,Blumhouse Productions,Cinema,Elisabeth Moss,Film,film film review,H. G. Wells,Harriet Dyer,I Am Birmingham,Invisible Man,Jason Blum,Leigh Whannell,Michael Dorman,Movie,Oliver Jackson-Cohen,Review,Storm Reid,The Invisible Man,The Invisible Man film,Universal Pictures** Elisabeth Moss stars in the feature-film adaptation of H. G. Wells' 1897 novel of the same name.  Any indication that this film was based on 19th century reading material, however, is non-existent. The film begins as a pan of a bedroom against a sublime backdrop of dark, crashing beyond the...Ben HouseBen House[email protected]AuthorFreelance PR practitioner, journalist and copywriter Ben has been involved in many different projects, whether in showbiz or philanthropy, and is able to turn them out into engaging copy for social media and press releases. He has remarkable communication skills and media relations, with many notable figures in the LGBTQ+ community having been exclusively interviewed by him. With a Bachelor's in English and a Master's in Public Relations, he is looking to flex his PR acumen further for arts and events in the West Midlands.I Am Birmingham
« Police break up 20-strong BBQ group defying coronavirus lockdown orders
Murder investigation launched in Aston after woman found dead at home »