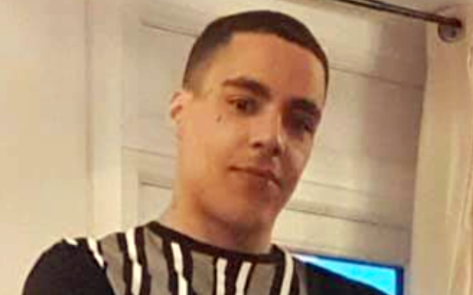 Eight men have been arrested following the fatal stabbing of Karl Gallagher in Smethwick (Photo: WMP)

Eight men have been arrested following the savage murder of a young man who was stabbed to death outside a shopping centre in Smethwick last Sunday (26 April).

West Midlands Police have released the name of the tragic victim who was stabbed to death over the weekend. He has been identified as Karl Gallagher, aged 31, of Smethwick, and he leaves behind a daughter.

Detectives were called to West Cross Shopping Centre at 4.40pm on Sunday (26 April), where Mr Gallagher suffered serious knife injuries and was pronounced dead at the scene before he could be transferred to an air-ambulance.

A post-mortem is expected to be performed today.

“He was also a proud and loving father. His friends and family are devastated.”

Detectives are working tirelessly to piece together the moments leading up to the attack and to identify those responsible for this savage attack which left a young man dead on a bright Sunday afternoon outside a shopping centre.

Officers raided six properties overnight, and continue to examine CCTV and mobile phone footage from the scene of the stabbing.

Police have also issued a warning to those who are sharing the phone footage of the fatal stabbing across social media platforms.

“We’ve made significant progress over the past 24 hours and are building up a clearer picture of the events of Sunday afternoon.

“We’re very much aware that video showing the murder of Karl has been widely shared on Twitter.

“We have contacted them and have asked them to remove it, but to date we know that the footage remains visible.

“I’d urge people not to share the footage, and to report it to Twitter whenever they see copies of it.

“It’s very distressing for Karl’s family to know that his final moments have been viewed hundreds of thousands of times.

“It’s also important to remember that proceedings are now active, and that anyone who does share it is potentially committing a criminal offence.”

Anyone who has any information relating to this incident please contact West Midlands Police via Live Chat. Alternatively call Crimestoppers anonymously on 0800 555 111. Please quote log number 2681 26/4.

(Visited 2,491 times, 1 visits today)
https://www.iambirmingham.co.uk/2020/04/28/eight-men-arrested-connection-brutal-smethwick-knife-murder/https://www.iambirmingham.co.uk/wp-content/uploads/2020/04/Karl-GALLAGHER_pe1.pnghttps://www.iambirmingham.co.uk/wp-content/uploads/2020/04/Karl-GALLAGHER_pe1-300x187.png2020-04-28T15:45:47+00:00Rhi StorerCrimeNews#LifeOrKnife,B'ham,Birmingham,Brum,Brummies,community,Crime,England,gangs,I Am Bham,I Am Birmingham,Investigation,knife attack,Midlands,murder,news,Police,Smethwick,Stabbing,Twitter,West Midlands,West Midlands Police,WMPEight men have been arrested following the savage murder of a young man who was stabbed to death outside a shopping centre in Smethwick last Sunday (26 April). Police have confirmed two men aged 19, as well as a 21-year-old and a 20-year-old have been arrested on suspicion of murder,...Rhi StorerRhi Storer[email protected]AuthorI Am Birmingham
« Fake coronavirus news stories increase online Islamophobia, study finds
Arrests made over shocking crossbow double murder in Dudley »