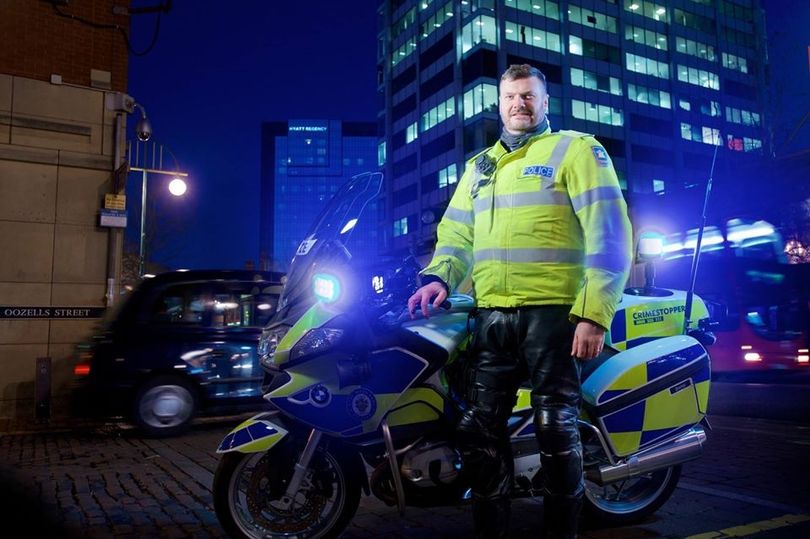 A decorated Birmingham police officer has been fired for gross misconduct (Photo: WMP)

An award-winning West Midlands Police officer has been sacked after he sent a sexually explicit photograph to a woman.

PC Dave Humpherson, 41-years-old, was fired from his job on Monday 18th May after he tried to engage a member of the public in a sexual relationship last year.

A spokesperson for West Midlands Police confirmed that the offending officer was dismissed without notice yesterday for his unprofessional conduct while on duty.

Humpherson was voted Police Officer of the Year and awarded the West Midlands Police Diamond Award in 2019 which is presented to officers who “recognise and reward members of the police family” and “have made a significant contribution to make the West Midlands a safer place to live, work and visit”.

However, he made a dramatic fall from grace when he committed an offence whilst on duty.

According to police, PC Humpherson met a woman only hours after matching on dating app Bumble. He arranged to meet her at a petrol station whilst on duty as a taxi enforcement officer in Birmingham on September 2nd 2019.

He was in uniform and met the woman to explore the possibility of having a sexual relationship with her.

A sexualised conversation took place in her car and, and while still on duty, Humpherson later sent the woman an indecent image via WhatsApp on the same day.

Due to the coronavirus pandemic a virtual hearing via video call took place at Lloyd House yesterday. The hearing was chaired by Chief Constable Dave Thompson who concluded that Humpherson’s actions were “reckless and unwise”.

He found Humpherson had breached standards for discreditable conduct, duties and responsibilities. These actions amounted to gross misconduct and Humpherson was dismissed without notice.

“Humpherson’s behaviour was completely unacceptable and a clear breach of our standards of professional behaviour.

“Serving and protecting the public is paramount and it is vital that our communities have trust and confidence in everything that we do.

“Any officer or staff member that fails to uphold our force values and falls below the high standards we expect will be dealt with accordingly.”