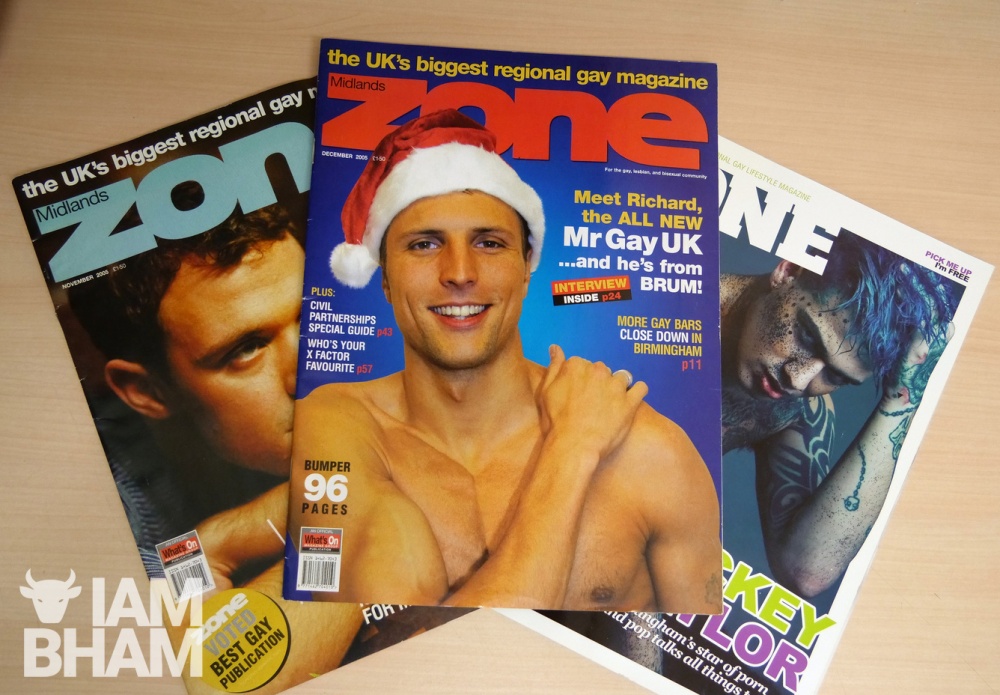 Popular Birmingham magazine Midlands Zone is set to close amid economic struggles caused by the coronavirus pandemic and the knock-on effect of subsequent lockdowns and tier restrictions.

Serving the LGBTQ+ community as its primary audience, publishers of the Birmingham-based title have announced the regional print edition will cease, as circulation and advertising becomes almost impossible in light COVID-19’s impact on local businesses where the publication is distributed.

The magazine – which has been in print since 1997 and served readers across Birmingham, Coventry, Sandwell, Walsall, Wolverhampton and Dudley – has been a free glossy pickup available in LGBTQ+ bars, clubs and similar venues for 23 years.

Having evolved in style and format, Midlands Zone had been revamped many times over the last two decades but was also recognisable by its bright, catchy and bold covers which showcased queer icons including Boy George, Graham Norton, Will Young, Lily Savage and Ru Paul.

Owned by the What’s On Magazine Group, the publication had 60,000 magazine readers and an additional 84,000 online readers, according to the company’s official stats.

In a statement on its official Facebook page titled “Time to say goodbye!”, representatives from Midlands Zone wrote:

“Rather than dwelling on yet another business being seriously affected by the coronavirus pandemic, we would instead like you to join us in focusing on and CELEBRATING the 23 glorious years we have enjoyed together.

“The decision to cease Midlands Zone at the end of August was actually made a few weeks ago – and will explain why we’ve been reminiscing in recent weeks with video posts of the Pride Ball over the years.

“So please celebrate with us all the fantastic times we’ve had together. And who knows, Midlands Zone may well be back at some point in the future with new publishers (talks with several interested parties are currently ongoing, so watch this space!).”

The announcement suggests the magazine’s print edition could still return if fresh financial backing is secured, but could also be referring to a continuation of online operations in place of the traditional model.

The post also celebrates its achievements, stating, “Midlands Zone has achieved much over those years. Perhaps we’re proudest of the Birmingham Pride Ball, with publisher & editor Martin Monahan and the entire Midlands Zone team collectively raising over £100k for local HIV and LGBTQ charities.”

Ryan Lee Humphries, the most recent editor of Midlands Zone, described the closure as “a sad time”.

“I was happy and very humbled to have served as the editor of Midlands Zone for 5+ years. I have a lot of fond memories from my time at the magazine, I’ve met a lot of great people and attended many a great event. I wish the Midlands’ gay scene every success in the future.”

Former Attitude editor Matthew Todd responded to the news online, writing “Sorry to hear that. Had some great times with you all in Birmingham over the years.”

While, LGBTQ+ advocate and teacher Andrew Moffat wrote, “So sorry to hear this. Thank you for your work to support our community over the past 23 years. You shall be missed.”

Khakan Qureshi, an LGBTQ+ activist and campaigner, added, “Sorry to see you go. Hopefully, new publishers will be found. Good luck with all your future endeavours.”

Staff at the magazine plan to bow out with the Midlands Zone Honorary Awards 1997-2020, honouring local individuals deserving of recognition for their work in the LGBTQ+ community.

The closure of Midlands Zone mirrors a national trend of several LGBTQ+ news companies shutting down in recent years. Media platforms including Polari Magazine, GayStarNews and Grindr’s ‘Into’ have either completely closed or gone into administration amid a challenging climate for the niche news content market.