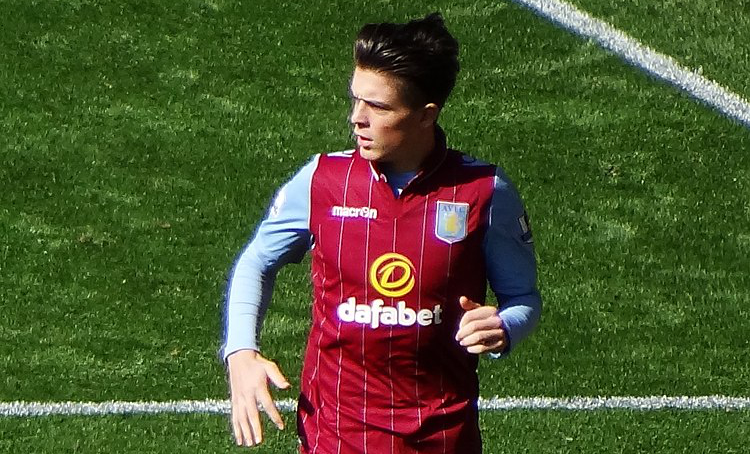 Aston Villa captain Jack Grealish has been sentenced for “illegal and reckless” driving offences, after mounting his vehicle onto a pavement and crashing into stationary cars.

The Aston Villa football star appeared at Birmingham Magistrates Court on Tuesday (15 December) where he was sentenced for two separate incidents which resulted in the judge issuing a driving ban and a fine of over £82,000 which set a new record.

Jack Grealish, who has a history of motoring offences, was handed a stiff penalty for his latest offences at his hearing on Tuesday.

The court heard how the “reckless” international footballer crashed his car into parked vehicles and mounted the pavement.

The collisions happened after Jack Grealish – who was also caught speeding in a separate incident while awaiting court – had disobeyed lockdown rules to meet friends in Dickens Heath, Solihull, in March.

Police recovered CCTV which showed the Aston Villa and England player reversing his Range Rover Sport into a Citroen Dispatch van and then driving a short distance away.

The footage shows the footballer reversing into a Mercedes AMG, before pulling away and dangerously mounting the pavement.

A spokesperson for West Midlands Police said Grealish was persuaded by witnesses to exchange details, but the footballer left the scene before officers arrived.

One witness told officers that Grealish had been “unsteady on his feet, smelled of alcohol and his speech was slurred”.

Officers located the footballer and charged him with driving without due care and attention.

However, while waiting to appear in court, an unmarked police car spotted Grealish travelling at more than 90mph on the M42 on 18 October.

He was observed recklessly tailgating before being stopped and later charged with a further offence of driving without due care and attention.

Grealish – who already has six points on his driving licence from a previous speeding matter – pleaded guilty to the offences at Birmingham Magistrates Court on Tuesday.

The Aston Villa star, who hails from Barnt Green, Worcestershire, was banned from the road for nine months and fined £82,499, and ordered to pay costs.

The fine issued to Grealish by the Birmingham court has set a new record in the UK for a motoring offence.

Charges that he left the scene of the March incident and then failed to report it were dropped, as he eventually did give details at the scene.

Tanya Johnson, head of police-led prosecutions team, said: “These are appalling standards of driving which could have put lives at risk.

“He should not even have been in Solihull at the time of the collisions. We were in the first lockdown and millions of other people were sacrificing their freedom to stop the spread of coronavirus.

“He had gone when officers arrived and as ever we built a case on the hard evidence we had available. He was charged but it clearly didn’t act as a warning as he was again caught speeding – which is one of the biggest factors in serious and fatal collisions on the roads.

“It’s shocking a role model to so many has repeatedly behaved in an illegal and reckless manner.”

Jack Grealish is considered to be one of the most naturally gifted football players in the Premier League and seen as a role model by many young football fans. His exploits on the football field receive much acclaim from football pundits and he has a legion of followers around the world. However, the shocking news of his dangerous driving has put a cloud over Grealish’s bright star.