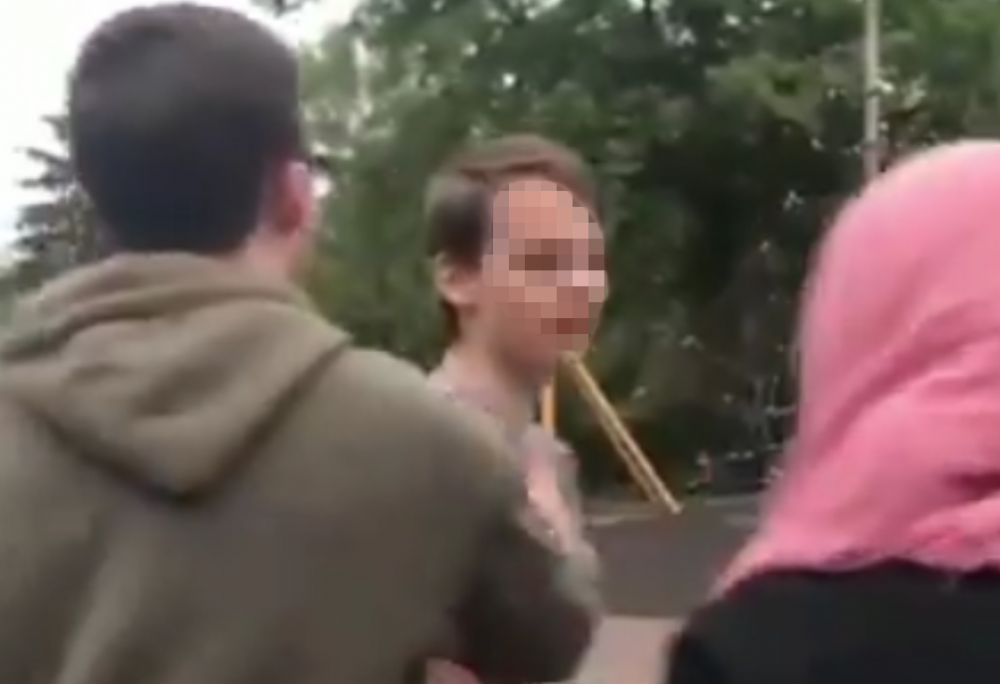 People demand justice after a Muslim family was racially abused and assaulted in a Wolves park (Photo: Supplied)

Police have arrested two young men for assault last night (7 June) following a racial attack where the ‘feral’ perpetrators made threats to ‘stab’ a Muslim family at a park in Wolverhampton on Saturday evening.

West Midlands Police confirmed that an investigation has been launched into the disturbing crime and arrests made in connection with the Islamophobic attack.

What should have been a beautiful day out for a family turned into a shocking nightmare which included suffering aggravated racial abuse in a Wolverhampton park on Saturday (5 June).

The shocked family enured physical and psychological trauma at the hands of what some have described as ‘violent and cowardly racists’ in online posts.

A video, shared across social media platforms over the weekend, caused indignation and widespread anger after viewers saw a Muslim family – which included a lady wearing a head scarf – being surrounded and attacked by a group of racist yobs in West Park, Wolverhampton.

“I’m going to stab you myself!”

“I’m gonna send your names and merk all of ya!”

West Midlands Police quickly responded after the video was shared online with people calling for swift action to apprehend the racist yobs who dared to threaten a family in a children’s play area with youngsters visibly alarmed by the physical and verbal abuse that was being hurled at the poor victims.

A police spokesperson said: “We understand this incident has caused concern within the community and we want to reassure everyone that we take such matters extremely seriously.”

Police confirmed that arrests were made last night (Monday 7 June) in relation to the callous and racist attack in the park.

Two young males, aged 15 and 17, were arrested at around 9.30pm from an address in Wolverhampton on suspicion of a racially aggravated assault.

The two individuals remain in police custody for further questioning.

The investigation is ongoing and detectives working on this sensitive case are appealing for any witnesses to the shocking crime to get in contact.

The police spokesperson added: “We are also aware of a video of the incident circulating on social media and again ask that people do not continue to share this, as it may cause further upset to the family involved.”

Anyone who can help the investigation is asked to contact police by Live Chat on the force’s website, calling 101 quoting log number 3816 of 5 June, or calling Crimestoppers anonymously on 0800 555111.