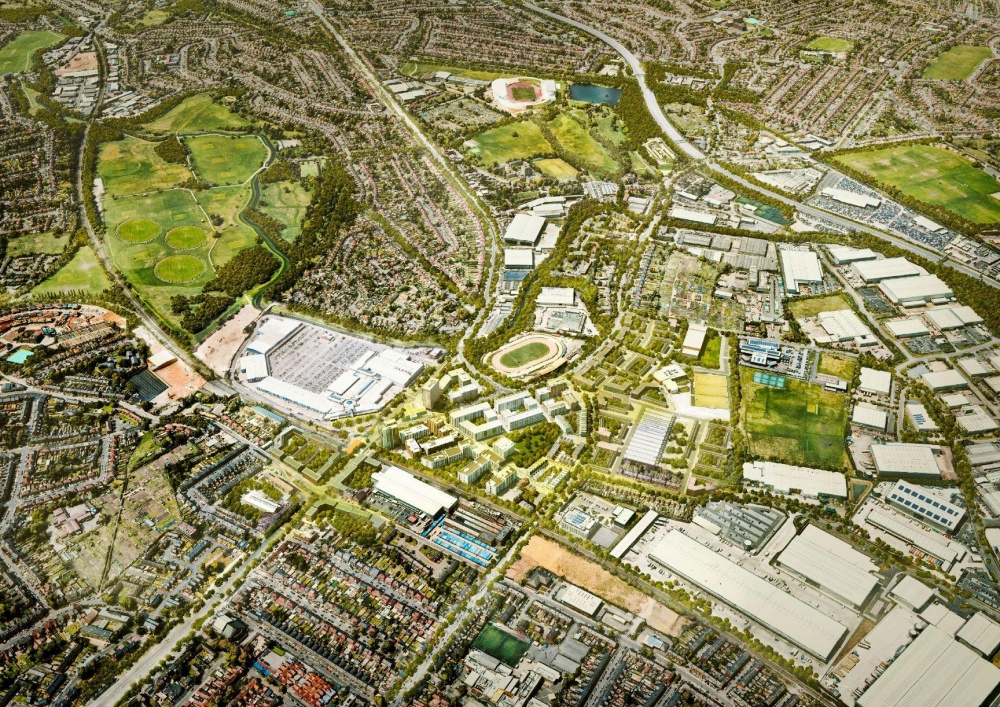 A draft “Masterplan” outlining an ambitious vision for how to further improve Perry Barr over the next two decades has been published by Birmingham City Council.

The Perry Barr 2040 Masterplan aims to maximise opportunities presented by the existing qualities of the area including the current £700million+ package of major projects being delivered in the district and Birmingham’s status as Proud Host City for the 2022 Commonwealth Games.

The council has already engaged widely with stakeholders and local community groups in order to ensure plans for the future reflect the needs of existing local citizens as well as providing opportunities for new residents.

Guided by the key principles of inclusive and sustainable growth, the draft Masterplan pledges to provide an attractive choice of places to live, work and visit by supporting the area’s successful existing uses and introducing new homes and activity including strengthening the town centre.

It also aims to embrace the scale of opportunity to deliver ambitious change which reflects the area’s role at the heart of the Birmingham 2022 Commonwealth Games and realises long-term benefits for all.

The draft document additionally suggests prioritising parks, waterways, allotments, and public spaces to create a joined-up green network which supports wellbeing and access to nature; while celebrating “the area’s cultural, sporting, and historic identity and provide the conditions for this to continue to thrive.”

The council claims these objectives will help Perry Barr become the best-connected suburb in Birmingham, with active and sustainable travel choices becoming the norm for residents and visitors, as well as contributing to Birmingham being carbon neutral by 2030.

Cllr Ian Ward, Leader of Birmingham City Council, said: “For many years there has been a clear need and ambition to unlock the obvious untapped potential of Perry Barr, but we needed the resources to do it.

“Now, our successful Commonwealth Games bid has helped us kickstart a major regeneration project that will transform the lives and life chances of Perry Barr residents for many years to come.

“The Government talks a lot about ‘levelling-up’ but our communities need action now and we’re getting on with the job, working with a range of partners to transform Perry Barr. The projects being delivered thanks to the Games, such as improved public transport, the redeveloped Alexander Stadium and new homes are just the start of things as this Masterplan demonstrates.

“We’ve already been speaking with local residents and groups ahead of the formal consultation because it is crucial we get this right.

“This is a once-in-a-lifetime opportunity for Perry Barr and surrounding neighbourhoods, so please get involved once the consultation is live and help shape a bold, sustainable, inclusive and ambitious future for this part of Birmingham.”

After the consultation ends, a final version of the Masterplan – supported by a comprehensive Delivery Plan – would then be put to the council’s Cabinet for approval later this year.

Full details of the Perry Barr 2040 Masterplan and online engagement sessions can be found here.