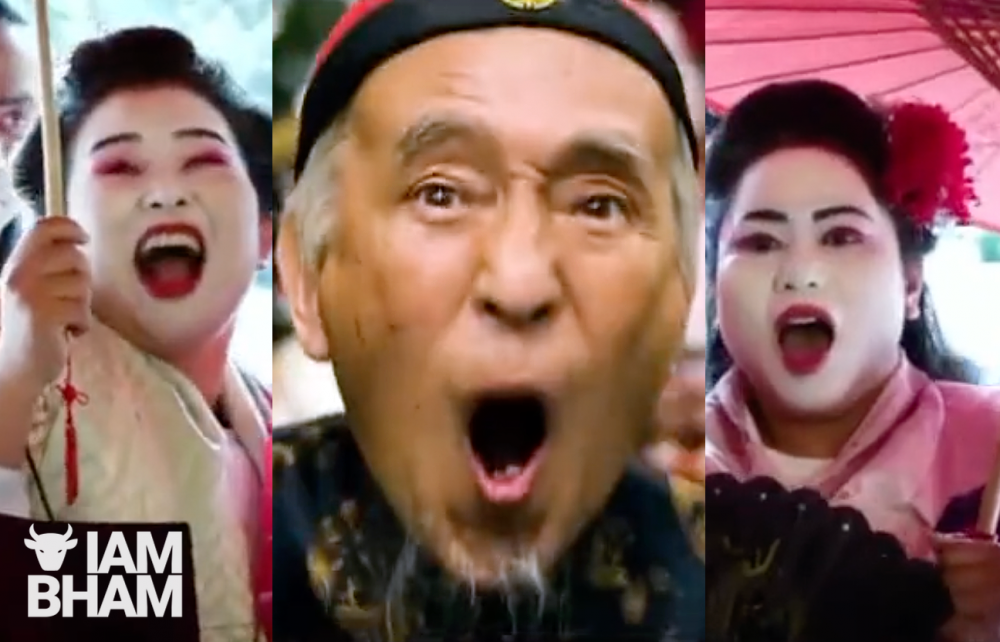 A London restaurant has come under fire for publishing an advertisement deemed “racist” by members of the British Asian community.

The Ivy Asia restaurant has received a backlash from Stop Asian Hate activists, including its Birmingham chapter, after releasing an offensive marketing campaign portraying East and South East Asian people as demeaning caricatures.

Located in the affluent area of Chelsea, the restaurant and bar released the promotional video on Instagram showing caricatures of women dressed as Geishas being pulled around London in a rickshaw by a Fu Manchu, an exaggerated racist trope based on a fictional Chinese villain.

The women – described in the advert as ‘The Ladies’ – are then rescued by a ‘hero’ who whisks them away through the streets until they stumble through the doors of The Ivy Asia restaurant, where they are met by the contempt gaze of white customers.

Following its release, the advert has received adverse reactions from activists and social media users, many of whom are of Asian descent and believe the video portrays Asians using a host of offensive stereotypes.

Many of these critics accused the restaurant’s marketing team of lumping together different ethnic and national groups despite their cultures being very different.

Characters and traditions depicted in the advert align with a variety of different countries, languages and foods from across the Asian continent, yet in the promotional video they’re all merged and presented as one big exotic monolithic group; a practice steeped in an outdated orientalist worldview.

Alongside ancient stereotypes of Asian characters, the advert gave the Asian cast in the advert no coherent dialogue, instead having them present a series of grunts, squeals and noises that might be associated with a badly dubbed martial arts movie in Western countries; likely added for comic effect.

Influential London food blogger PippyEats – who has over 70,400 followers on her Instagram – recently voiced her opinion in SquareMeal on the homogenous theme of the Ivy Asia commercial, drawing attention to the generalisation of food in the menu which she says perpetuates the idea that Asian culture exists solely for white consumption.

The dishes on the menu, such as the prawn dumplings, are options that Pippa believes are chosen only because of their familiarity and palatability. The restaurant has taken inspiration from a few countries in Asia, presenting a “reductionist” view of the continent, she wrote on the social media platform.

“I think what I find grossest is the racial hyper-sexualisation and stereotypical fetishisation of the female staff/models in their marketing, especially after the ESEA [East and South East Asian] hate crime and the murders we have witnessed in the last 12 months.”

The Ivy Asia has since removed the video following the public outcry and stated they “sincerely apologise for the offence caused”, adding the advert was “totally inappropriate and culturally insensitive”.

Vy-liam Ng, a member of Stop Asian Hate Birmingham, believes this apology is not enough.

He says that the apology confuses the difference between context and offence: “Context is more nuanced and doesn’t just mean if a person, or company, meant offence. The real context is that these are caricatures designed to sell you an image of the East which isn’t accurate. Caricatures desensitise people to empathy.”

The advert also comes only weeks after several Stop Asian Hate rallies took place across the UK, protesting a stark 300% rise in anti-Asian hate and violence since the beginning of the COVID-19 pandemic.

At a rally in Birmingham during the national day of action, activists expressed solidarity towards ending racism, highlighting ongoing discrimination faced by East Asian and South East Asian people.

“The Ivy Asia issue and the Juventus racist twitter post happening in quick succession against the backdrop of these recent protests just shows that the work on anti-racism is perpetual,” Vy-liam Ng said, referencing another racist incident from only last week.

On August 5, the Juventus women’s team took to Twitter to share an image of a player pulling back their eyes with their fingers while they wear a football cone on their head, a blatantly racist gesture and, unsurprisingly, to a response of international anger.

Yeow Poon from the Chinese Community Centre Birmingham helped organise the recent Stop Asian Hate protests. He said: “It’s important that we stand together, that we help and support one another, working with all sections of the community to fight hate crime together.”

Salman Mirza, who represented Migrant Voice at the rally, commented on the normalisation of anti-Asian discrimination. He said, “I watched a movie recently, a Guy Richie film and there was open racism against the Chinese community, mocking their names and nobody raises an eyebrow about that kind of thing. It really is in the kind of discourse about culture and in the mainstream and we really need to start calling out and saying this is unacceptable!”