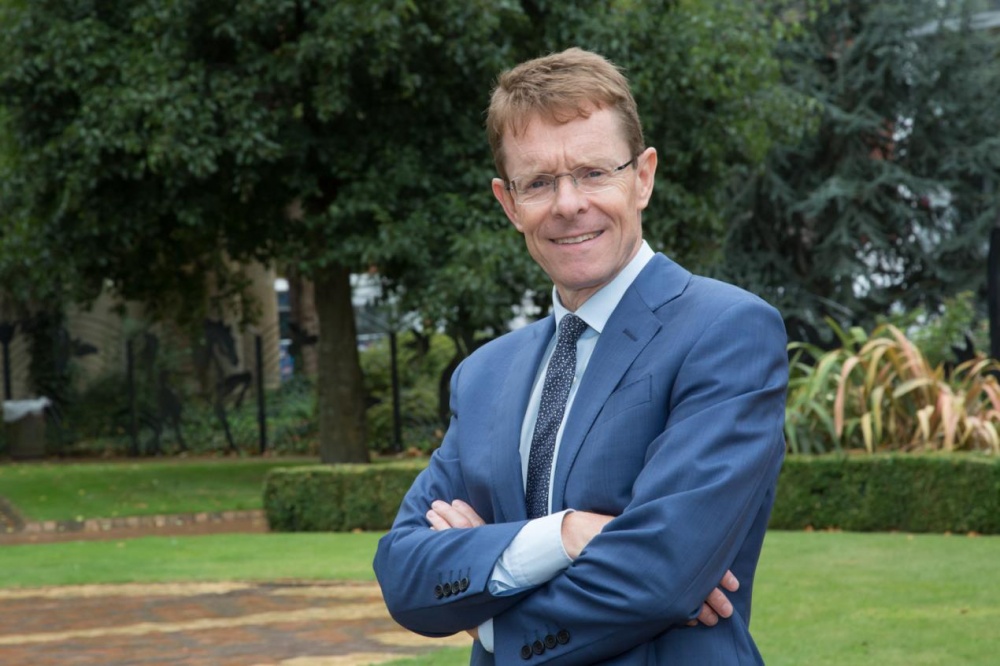 The single biggest contribution elected mayors can make to cutting global emissions is to focus on transport.

This will be the message Andy Street, Mayor of the West Midlands, will deliver to leaders and fellow mayors from around the world at the COP26 climate conference in Glasgow today (11 November).

Speaking in the United Nations blue zone, the Mayor will tell an international audience that city regions should focus on three key things including backing public transport with greater investment, decarbonising existing public transport, and supporting the manufacture and adoption of electric vehicles.

The Mayor arrived in Glasgow yesterday (Wednesday 10 November) for the two days the 2021 United Nations Climate Change Conference turns its focus on to the key topics of transport and the role of city regions in the fight against climate change.

The Mayor said: “Given their existing powers, the single biggest contribution mayors can make to cutting global emissions is to focus on transport which is why we must invest more. If every city region in the UK had a London-style transport system, we would see far greater use of public transport, and our emissions would soon plummet.

“But we also need to invest in the decarbonisation of our transport systems and that’s why the West Midlands is building the UK’s first all-electric-bus city in Coventry, why we’re bidding for new hydrogen buses for Greater Birmingham and why yesterday (Wednesday November 10) we showcased here in Glasgow our zero-emission trains like the HydroFlex and those built by Vivarail.

“Yet despite all that, cars must still be part of our low carbon future. The reality is that our economy is dependent on cars and we need to support the manufacture and adoption of electric vehicles. Mayors should be investing not just in the charging infrastructure but also in the skills to service these new vehicles and the gigfactories needed for large scale battery production.”

As the Home of the Green Industrial Revolution, the West Midlands has been at the heart of COP26 demonstrating its low carbon manufacturing prowess and ingenuity and contributing its expertise in the search for solutions to the climate crisis.

The Mayor and representatives from the West Midlands Combined Authority (WMCA), have also used the conference to engage with the private sector, including multi-national professional services company Arup, on a number of initiatives including a pioneering project to create the low carbon neighbourhoods of the future.

The Net Zero Neighbourhood (NZN) initiative, a UK first, sets out to fight climate change, tackle fuel poverty and support the West Midlands ambition to be a net zero region by 2041.

To help kickstart private and government investment into the project, the West Midlands Combined Authority (WMCA) is backing the initiative with more than £2 million. NZN will see measures such as retrofitting old and cold homes taken on a whole street or neighbourhood basis rather than simply on an individual household level.

The project has been set up by the WMCA and Energy Capital in response to research showing that the region needs to retrofit more than 294,000 homes by 2026 with 21st century insulation, low carbon heating and other measures if it is to meet its net zero targets.

But the region’s participation in COP26 has not been limited to Glasgow. As part of the official conference programme, the West Midlands Combined Authority hosted the COP26 Regional Roadshow today at the Springfield Campus, University of Wolverhampton.

As well as showcasing West Midlands produced electric vehicles, energy system solutions and construction technologies and products, the Roadshow brought together civic leaders, companies and universities to set out the region’s vision for a green future and what is already being done in practical ways to reach net zero.

Through a range of panel sessions, workshops, roundtables and the product expo, more than 110 delegates gained a unique glimpse into the innovations and thinking that has enabled the region to lead the national response on climate change.

Councillor Courts, WMCA portfolio holder for Environment, Energy and HS2, and Leader of Solihull Council, said: “I look forward to speaking at the COP26 Regional Roadshow and championing the ingenuity and enterprise we have in abundance here in the West Midlands when it comes decarbonising our transport network.

“We’ve recently secured £1bn in the budget announcement to accelerate towards a zero-carbon transport system. From installing 1,000 electric vehicle charging points to investing in more metro lines and stations, we’re determined to make the West Midlands transport network one of the most sustainable and efficient in the country.

“The breadth of our low carbon transport revolution is quite remarkable. To mention just a few, there are ground-breaking autonomous vehicle trials in Solihull, we’ve supported the revolutionary Very Light Rail network in Coventry and rolled out a region wide 1500 bike strong cycle hire scheme. I have no doubt our region will attract positive attention when showcased to the world at COP26.”