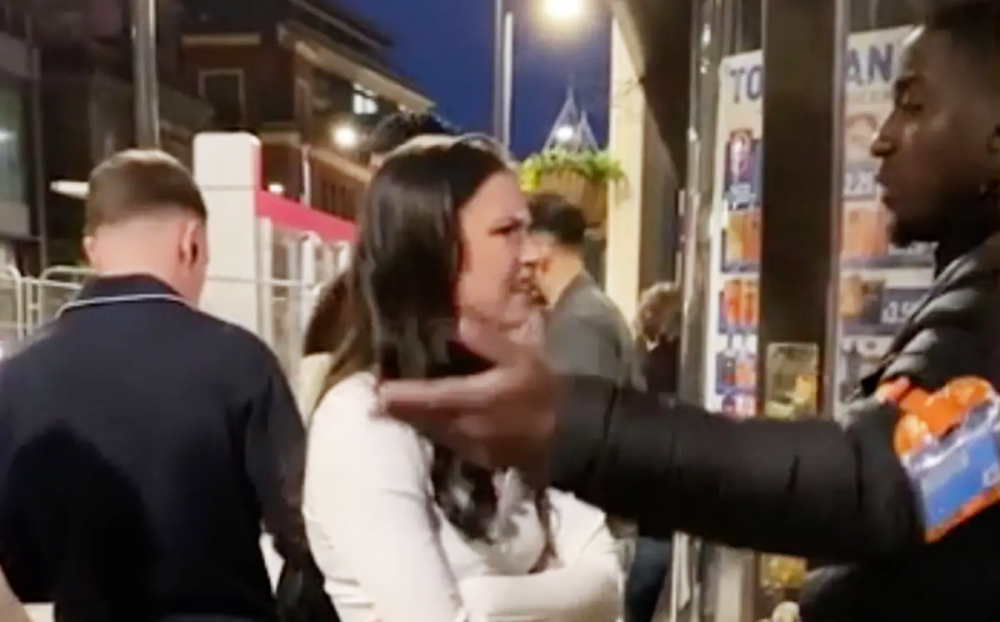 Sharna Walker's racist outburst was described as "disgusting and abhorrent" by the judge (Photo: WMP)

A raging clubber who racially abused and assaulted a black security guard at the Figure of Eight pub in Birmingham city centre was handed a 14-week jail sentence today.

Sharna Walker, 25, used abhorrent racist language against Tristan Price, 26, at least 10 times during the outburst on the night of Saturday 22 May.

A female clubber who attacked, spat and racially abused a pub security guard with a deeply offensive racial outburst that included “black c***” and “f***ing n*****” was found guilty at Birmingham Magistrates Court on Monday (13 December).

The court heard how Walker lashed out in anger on being asked to leave the Figure of Eight pub in Broad Street, at around 10.30pm on Saturday 22 May.

She launched a racial attack against mild-mannered Tristan Price who was working at the pub as a doorman.

She yelled, pushed tables, spat drink in the direction of Mr Price, and then kicked open the exit door causing a glass panel to smash, and then pushed the broken door into Mr Price as he turned to go back inside the pub.

Despite the horrendous assault suffered by Mr Price, who has twice won British power-lifting championships, he remained calm and professional throughout the disturbing incident and never retaliated against his abuser.

A video recorded by a member of the public captured the alarming assault on Broad Street and it showed Walker pointing at Mr Price and hurling racist abuse in his direction.

The footage was shared across social media and the video attracted over 2 million views resulting in widespread shock, indignation and condemnation.

Mr Price issued a message after the shocking incident saying: “I haven’t been doing security for years like some, but in the short time I’ve been doing it I’ve seen and been through pretty much anything there is to see and go through whilst doing the job.

“This however, is something I, or anyone who looks like me shouldn’t have to go through.”

Walker was apprehended by police following the social media outrage and arrested. She was charged with racially aggravated common assault, assault, criminal damage and a public order offence.

In the wake of the video becoming viral, and the ensuing public outrage, Walker took to social media and posted: “I would like everyone to know that I am in fact not racist at all.

“I have several black co-workers who I love dearly and have even dated black men.”

Walker appeared at Birmingham Magistrates Court where she admitted the offences. District Judge John Bristow told Walker that her raging attack was “a prolonged assault” and the incident “has stayed with Mr Price and he has had to seek help”.

“You are a risk to the public; the appropriate punishment is immediate custody.

Walker was spotted arriving at Birmingham Magistrates’ Court for her hearing wearing sunglasses, a black fur hooded coat, walking defiantly arm-in-arm with two friends, and showing no signs of any remorse whatsoever for her shocking crimes.

It was also revealed in court that Walker had previously been cautioned in 2014 for being drunk and disorderly and again in 2016 for using threatening words and behaviour.

Speaking about Walker’s shocking racial abuse and assault of an innocent security guard, Birmingham Police Chief Inspector James Spencer said: “This was a disgraceful incident and people were understandably disgusted at her actions.

“Racist behaviour is completely unacceptable. We will robustly investigate crimes of this nature and offenders can expect to be prosecuted.”