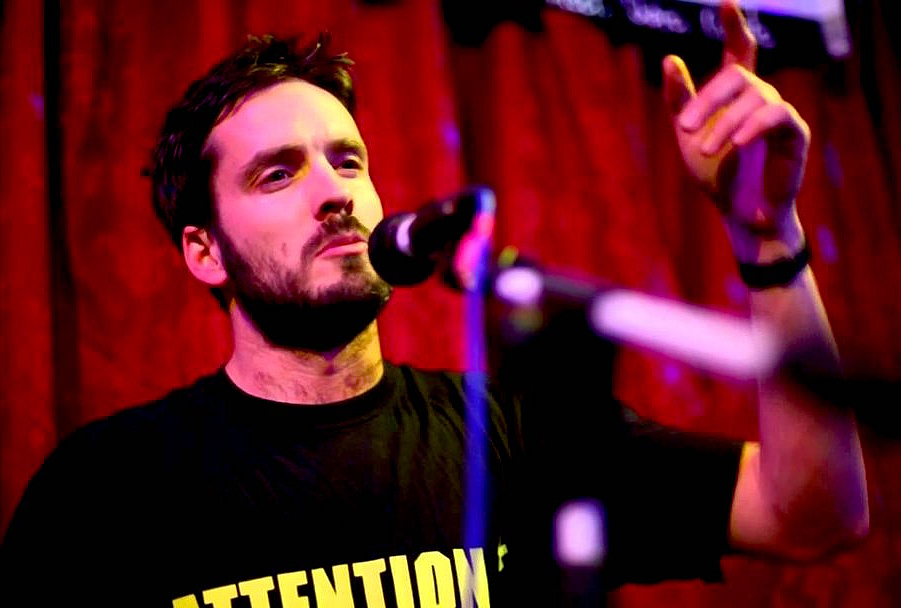 Dizraeli will be performing at Hare & Hounds in Birmingham (Image: Supplied)

He’s a poet, producer, firestarter; a songwriter-MC, multi-instrumentalist, raconteur… Dizraeli has always been an artist in a genre of his own.

After twenty years in the game and fighting fitter than ever, Dizraeli is marking his platinum anniversary with a series of very special shows across the nation, including at Birmingham’s Hare & Hounds venue this Friday.

The ‘Twenty Years Deep (TYD) Tour’ celebrates two decades of genre-bending gold from this trailblazing artist, as well as creating a blueprint for environmentally sustainable touring for the future.

Drawing on material from across all of his albums to date, the latest set of shows see Dizraeli assembling a one-off arrangement of guest musicians and vocalists, with the backing of a sumptuous string sections.

Planning something special for each night of the tour, in three of the cities, attendees can also expect to see the additional backing of community choirs too. The fresh tour will also be a pioneering project in terms of its environmental ambitions.

“Knowing what we do about the climate crisis, artists cannot tour in 2022 as if it was 2002 and Dizraeli and his touring crew will be making strides to offset their carbon footprint while on the road this year,” a spokesperson for the artist said.

“From travelling in exclusively electric vehicles, to planting trees and distributing wildflower seeds to the crowd in every city they visit, to sourcing the catering from only local producers, Dizraeli’s team will be doing everything they can to reduce the environmental impact of the tour.”

Emerging from the creative melting-pot of Bristol scene over twenty years ago, Dizraeli is an artist who has defied expectations at every turn and always forged his own way.

From building a devoted underground following with his first band Bad Science (1999-2008), through to his debut solo album ‘Engurland (City Shanties)’ dropping in 2009 and then on to tour the world and record the acclaimed ‘Moving In The Dark’ with Dizraeli and The Small Gods; he has collaborated along the way with artists as diverse as Kae Tempest, Jam Baxter, Beans on Toast and Eliza Carthy in his explorations of the crossover between hiphop, folk, bass music and all between.

Most recently Dizraeli released his solo masterpiece ‘The Unmaster’, which was nominated for Album of the Year in the 2020 Worldwide Awards by Gilles Peterson.

A poet and a wordsmith to the core, he has won both the Farrago UK Slam Championships and the BBC Radio 4 Poetry Slam, plus has written several hip-hop plays including ‘Rebel Cell’ (with Baba Brinkman).

His unswerving devotion to pushing the boundaries of lyricism and musical form has earned him a bona fide cult status among those who know, and the raw honesty and humour he brings to his writings on his own mental health, sexuality and the liberation of the human spirit has drawn people together of all shades and ages around his work.

Over the years, Dizraeli has won-over audiences from intimate settings to major stages, with notable performances at Glastonbury Festival, Latitude Festival, the Eden Project, and the Royal Festival Hall.

Hitting the road again in 2022, the ‘Twenty Years Deep (TYD) Tour’ promises to be a timely celebration of a singular artist who has never bowed to conformity. Expect to laugh, cry and dance like the world is ending to a mix of classics, obscure gems and the most recent fire, across a full evening’s performance.

(Visited 98 times, 1 visits today)
https://www.iambirmingham.co.uk/2022/04/26/rapper-dizraeli-perform-hare-hounds-birmingham-week-mark-anniversary/https://www.iambirmingham.co.uk/wp-content/uploads/2022/04/MC-DIzraeli-supplied-image-800x540.jpghttps://www.iambirmingham.co.uk/wp-content/uploads/2022/04/MC-DIzraeli-supplied-image-300x202.jpg2022-04-26T11:54:07+00:00Staff ReporterEventsMusicNewsWhat's OnArtist,B'ham,Birmingham,Brighton,Bristol,Brum,Dizraeli,Environmental,Hare & Hounds,Hare and Hounds,London,Manchester,MC,Music Artist,music star,Nottingham,Poet,rap artist,rapper,Songwriter,Spring,Tickets,tour,Twenty Years Deep,TYD,UK TourHe's a poet, producer, firestarter; a songwriter-MC, multi-instrumentalist, raconteur... Dizraeli has always been an artist in a genre of his own. After twenty years in the game and fighting fitter than ever, Dizraeli is marking his platinum anniversary with a series of very special shows across the nation, including at Birmingham's Hare...Staff ReporterStaff Reporter[email protected]AdministratorI Am Birmingham
« Birmingham man found with loaded gun during visit to probation officer is jailed
Police appeal for witnesses after man discovered stabbed in Wolverhampton »