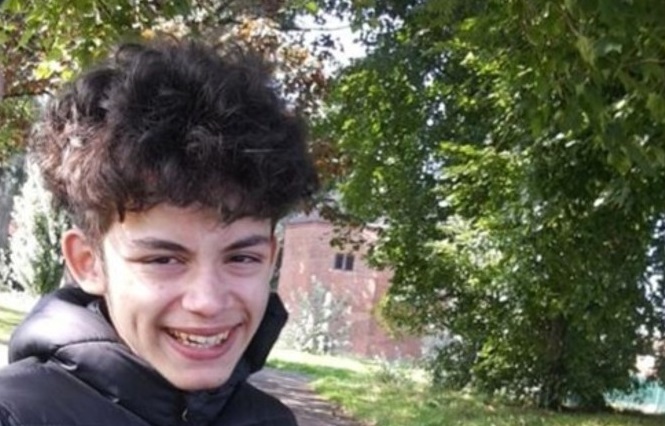 15-year-old Zane Smart tragically died after being stabbed by another teenager (Photo: WMP)

Police have arrested and charged a teenage boy with the horrific murder of 15-year-old Zane Smart who was fatally stabbed to death in Wolverhampton.

Zane – described by his family as a “kind and loving” boy – died on Friday (27 May) afternoon from a savage stab wound to his chest in Pendeford, Wolverhampton.

The tragic teenage victim was part of a group of a people standing outside Pendeford Fish Bar, The Haymarket at about 3.40pm on Friday.

The ambulance service contacted police just before 4.15pm to say that they were treating an injured child near a canal bridge on Reapers Walk, Pendeford.

Sadly, Zane passed away due to the horrific nature of his injuries and his family were notified of the tragic news.

A police spokesperson stated that a video showing some of the incident was posted on Snapchat and have appealed to people to send it in to help with the murder investigation.

Specialist family liaisons officers are supporting Zane’s family through their most unimaginable nightmare.

His family has been left heartbroken and devastated with grief at the loss of Zane.

In a statement, they said: “Words cannot describe the unbearable loss we feel as Zane’s family. He was a brother, a son, a grandson, a nephew who was loved deeply. The world keeps turning but for us it has stopped still, we are held in a nightmare from the moment he lost his life to yet more knife crime.

“We want him to be remembered as the funny, loving boy he truly was, with an infectious dimpled smile that lit up any room. Zane you are the kindest soul, and we love you deeply. We will never stop loving you and being in your corner, our boy.

“As a family we urge anyone who saw or heard anything, if you have Snapchats or videos, send them anonymously to the police, please help us make sure another life is not lost. Your help now could perhaps protect your own loved ones but will certainly bring justice to our boy.”

A 16-year-old boy, who cannot be named for legal reasons, has now been charged with murder and will appear before Wolverhampton magistrates today (31 May).

A 46-year-old woman who was arrested on suspicion of assisting an offender has been released pending further enquiries.

Detectives have completed their searches at the murder scene and police cordons have been lifted.

(Visited 240 times, 1 visits today)
https://www.iambirmingham.co.uk/2022/05/31/nightmare-kind-loving-child-killed-wolverhampton-another-teenager/https://www.iambirmingham.co.uk/wp-content/uploads/2022/05/Zane-Smart1.jpghttps://www.iambirmingham.co.uk/wp-content/uploads/2022/05/Zane-Smart1-300x192.jpg2022-05-31T13:05:16+00:00Abdul KareemCrimeNewsarrest,B'ham,Birmingham,Brum,Crime,Crime News,detectives,England,Family,I Am Bham,Investigation,Killing,knife crime,Midlands,murder,news,Pendeford,Police,Reapers Walk,Snapchat,Stabbing,Statement,student,teenager,teenagers,UK,West Midlands,West Midlands Police,WMP,Wolverhampton,Wolverhampton Magistrates Court,Wolves,young boy,Zane SmartPolice have arrested and charged a teenage boy with the horrific murder of 15-year-old Zane Smart who was fatally stabbed to death in Wolverhampton. Zane - described by his family as a 'kind and loving' boy - died on Friday (27 May) afternoon from a savage stab wound to his chest in...Abdul KareemAbdul Kareem[email protected]AuthorI Am Birmingham
« West Midlands Police officer who sold sexual services for money is banned for life
IN PICTURES: BBC Radio 1’s Big Weekend festival in Coventry »