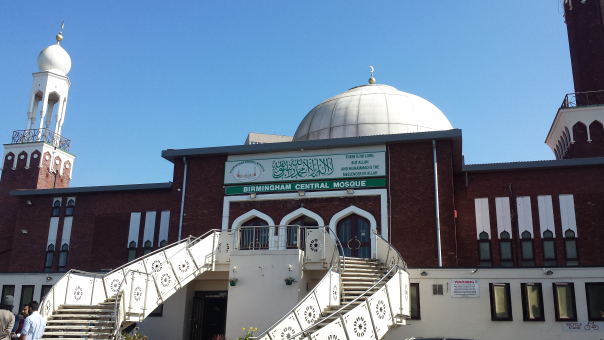 When members of the Birmingham Central Mosque heard the English Defence League was coming to their beloved city to very likely moan about Muslims not integrating enough, they could think of no better way to respond to such divisive rhetoric than to host a Great British Tea Party.

Complete with ‘Union Jack’ bunting, tea and cakes, the early afternoon get-together has been timed to coincide with the far right outfits demonstration in the city centre tomorrow.

Mosque chairman Muhammad Afzal told I Am Birmingham: “When the English Defence League is protesting and trying to divide the community, we are holding this party, just to prove to them that Birmingham is a multicultural, multi-ethnic and multi-faith community, and we are all united.”

Faith and community leaders will join political figures from across the city at the mosque, which will be decked out in bunting and Union flags, as guests help themselves to tea, coffee, cakes and snacks.

A ‘Not In My Name’ banner and placards will also be on display, specially produced by the mosque following the recent Westminster attacks.

“We are peaceful citizens of this country and they [EDL] will not be able to divide us and create hatred,” added Afzal.

“I will be here tomorrow for the tea party with the Police Commissioner, where we all – Muslims and non-Muslims, people of all faith and none, from across Birmingham and the wider West Midlands, – where we all stand together and say ‘this is the city and region of mutual respect and tolerance’.

“It’s one of the most super diverse regions in the world. it’s an extraordinary multicultural success story. People from outside have been mischaracterising what we are and this us showing that we are united as one community and we will not be divided by preachers of hate.”

The event is being jointly organised by staff at the mosque and the West Midlands Police and Crime Commissioner David Jamieson.

Addressing the Police and Crime Board meeting earlier this week, he said:

“Every citizen has the right to peacefully protest but I feel the demonstrations on Saturday will bring little more than division to our city and demand to our police force.

“I’d much rather see people at the tea party enjoying themselves with their neighbours. Everyone at the mosque is really excited about hosting the event and going all out with the ‘Best of British’ decorations.

“I hope to see as many people there as possible, focussing on what unites rather than divides us.”

Also responding to the presence of the EDL in the city this weekend, residential and outreach groups will be hosting a Birmingham Food Drive in the afternoon (12pm-5pm) to help the homeless and promote solidarity, while anti-racism organisations Unite Against Fascism (UAF) and Love Music Hate Racism (LMHR) will be holding a protest rally in Victoria Square from 1pm.
.

The Tea Party at the Birmingham Central Mosque takes place on Saturday 8th April, between 11am-1pm.