Vigil for London attack victims to be held in Birmingham 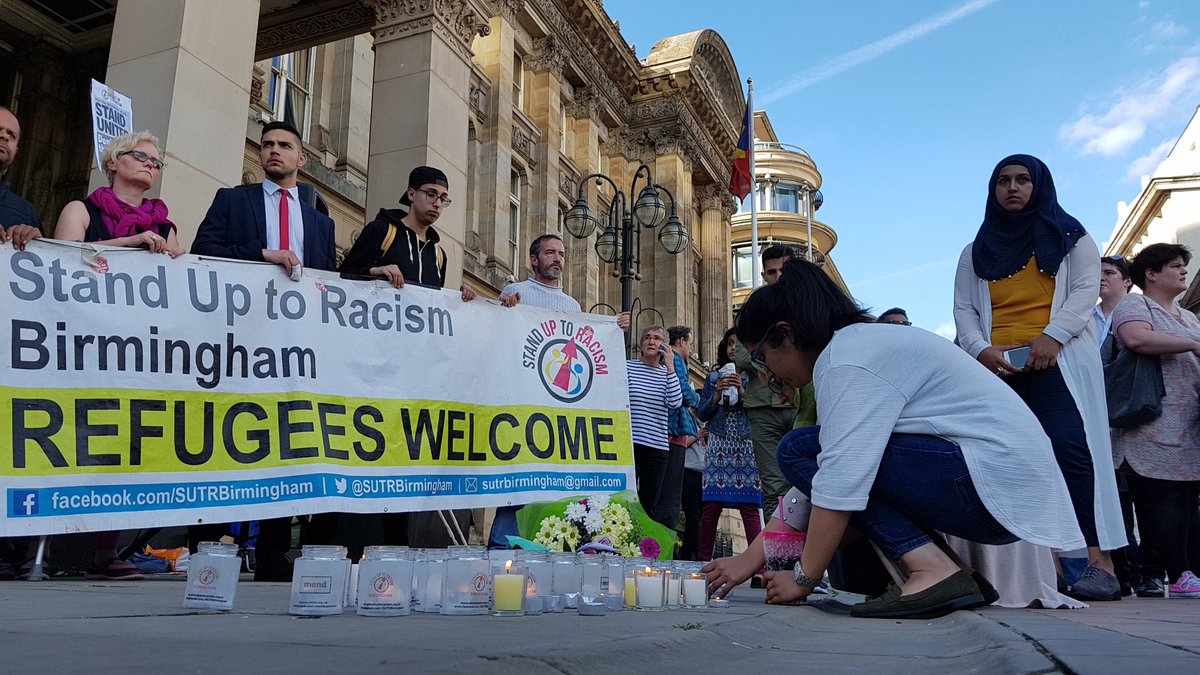 A peace and unity vigil will be held in Birmingham city centre, to pay tribute to the victims of this weekend's terror attack in London

A unity vigil is to be held in Birmingham city centre tomorrow evening, in response to Saturday’s London terror attack, which left 7 dead and 21 critically wounded in the capital.

Following the tragic events this weekend, Brummies are expected to gather in High Street to pay their respects to the victims of the attack, sharing messages of peace and lighting candles.

This will be the second time in less than a fortnight that a peace vigil takes place in the city following an act of terror on British soil. Ten days ago, hundreds gathered in Victoria Square after a terror attack in Manchester left 22 dead, the youngest only eight years old.

Organised by Stand Up To Racism and Muslim Engagement and Development (MEND), the vigil will be remembering the victims of the London Bridge attack and encouraging solidarity to prevent community divisions.

Seven people were killed in central London when three attackers drove a van into pedestrians on London Bridge and launched a knife attack in Borough Market. Police have declared it a terrorist incident.

The three suspected attackers were shot dead by police within eight minutes of the first call. The eight armed officers fired an “unprecedented” 50 shots at the attackers, who were wearing fake suicide vests.

A member of the public was also shot during the operation and was taken to hospital for treatment.

Organisers of the event stated online:

“We send our solidarity and sympathy to all of the victims of the terrible and tragic attack in London. We will remember them at this vigil and display a peaceful and united stance against hate.

They also criticised Prime Minister Theresa May’s “enough is enough” speech for its emphasis on dividing communities based on faith rather than bringing them together.

“We will not allow these events to be used to scapegoat any section of our community.

“Theresa May’s words that ‘There is far too much tolerance of extremism in our country” and her talk of ‘the evil ideology of Islamic extremism’ is being used to stoke up racism and Islamophobia. This awful tragedy should not be exploited for political point scoring and divisive rhetoric.

“Islam is no more responsible for these terrible killings than Christianity is for the so-called ‘Mother of all Bombs’ dropped on Afghanistan, the Anders Brevik massacre or the Oklahoma bombing.”

Birmingham Stand Up To Racism yesterday held an event titled ‘For the many, not the few’, which they believe “reflected the multicultural Birmingham that we know and love. People from diverse backgrounds, faith groups, organisations and the general public singing, dancing, joining together to fight for a better future.”

A spokesperson for the Birmingham Central Mosque commented:

“We condemn the awful and abhorrent attacks on innocent civilians in London yesterday. Tomorrow, we will be supporting this vigil in Birmingham to pay tribute to victims of the terrible attacks in London.”

A minutes silence for the London attack victims will be observed during the hour-long event, and attendees have been encouraged to bring candles and placards. Speakers from a wide-range of community and faith organisations are expected to reflect on recent events.

The Birmingham vigil takes place in High Street outside Waterstones and the Bullring, between 5pm-6pm on Monday 5th June. You can find the event on Facebook here..

(Visited 453 times, 1 visits today)
https://www.iambirmingham.co.uk/2017/06/04/vigil-london-attack-victims-held-birmingham/https://www.iambirmingham.co.uk/wp-content/uploads/2017/06/aaa01mancsvigil-1024x576.jpghttps://www.iambirmingham.co.uk/wp-content/uploads/2017/06/aaa01mancsvigil-220x140.jpg2017-06-04T22:45:45+00:00Staff ReporterCommunityFaithNewsPoliticsBirmingham,Birmingham Central Mosque,Candle-Lit Vigil,City Centre,London,London Attacks,London Bridge,MEND,Peace,Solidarity,Stand Up To Racism,Stand Up To Racism Birmingham,SUTR,Terror Attack,Terrorism,Tribute,Unity,VigilA unity vigil is to be held in Birmingham city centre tomorrow evening, in response to Saturday's London terror attack, which left 7 dead and 21 critically wounded in the capital. Following the tragic events this weekend, Brummies are expected to gather in High Street to pay their respects to the...Staff ReporterStaff ReporterIAmB[email protected]AdministratorI Am Birmingham
« Stars to grace catwalk for charity as Elite Fashion Show returns to Birmingham
Calls to defend city’s Muslim community at vigil for London terror victims »