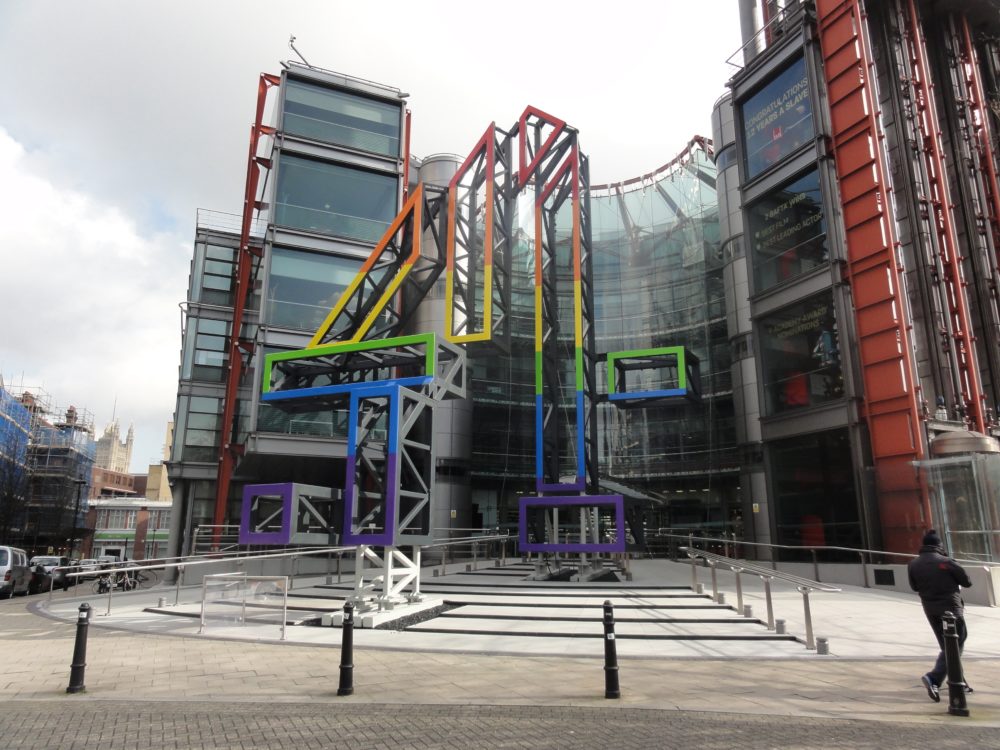 A Birmingham Post article attempting to highlight the diversity of creative talent in the city, to emphasise its appeal for national broadcaster Channel 4, has come under fire for compiling a list completely made up of white men.

Yes, we shit you not, in a bid to genuinely showcase “creative leaders” across Brum as an additional lure for the state-backed broadcast giant – which has been ordered by the Government to move out of London or face legislation forcing it to do so – regular media and arts writer Graham Young compiled a list of filmmakers, animators and artists who just ‘happened to be’ white, male and devoid of any women, people of colour or anyone under 30.

Readers have taken to social media to lambaste the feature for being tone-deaf and detached from reality after no female or black and minority ethnic individuals were included in the list of  media creatives.

Speaking to I Am Birmingham, Massey added:

“For the past 35 years Channel 4 has created, inspired and challenged with content to reflect all different types of British culture as well as demonstrating the ever-changing global conversations to the UK viewing public.

With Birmingham’s diverse international culture, it’s the ideal home for Channel 4 and its family of TV channels in the 21st Century.”

While the absence of people of colour was glaringly obvious, many also challenged the article’s clear lack of women.

Julia Higginbottom, a film producer for Brummie creative agency Rebel Uncut, pointed out that it appeared no-one at the Birmingham Post & Mail appeared to be aware of her and the many industry creatives from diverse backgrounds, and suggested the writer could have at least “interviewed one person with actual longform TV credits perhaps”.

“Real diversity transcends age gender culture race. In my opinion, they need to focus on the wider diversity to attract Channel 4 or the middle and upper management won’t see themselves reflected and our once in a generation chance to make this a centre of true innovation once again for all.”

Denise Maxwell of Lensi Photography, a creative in the West Midlands whose clients have included the BBC and Birmingham University, was baffled by the lack of representation in the Birmingham Post list.

“Where are all the views of the female creatives, or the ethnic minority creatives and photographers? I often read articles such as this or articles where creatives, entrepreneurs or businesses are recognised, and are often puzzled about what seems an obvious oversight to me, but not so obvious to the authors.

We have hugely successful and recognised creatives, as well as up-and-coming ones in Birmingham that rarely seem to get a look in in terms of recognition. The pool of expertise is taken from a very small demographic, if the expertise going forward continues to be taken from that demographic, these creatives will continue to not be recognised. It’s very much a ‘chicken and egg’ scenario. Let’s hope more authors begin to think outside of the box more for articles such as this.”

Despite the unfortunate lack of diversity in an article supposedly about Birmingham’s diversity, Denise felt Channel 4 moving to the city would have a positive impact for filmmakers and photographers in the region.

“Channel 4 being in Birmingham would open up many more opportunities and that is a good thing. In terms of photography, the productions and people this would bring to the region would be great for my field of creatives. We are often seen as the poor neighbour to London who has a constant flow of celebrities, events and programmes, which in turn brings work for photographers.”

“If we truly want to diverse and offer something more to Channel 4 then we could focus a little more on our recent cohort of diverse (including age/gender/culture) creatives who cross media sectors. Because that’s where we can really innovate.”

Journalist and short-form documentary filmmaker Catalina George was unimpressed by the exclusivity of inclusion in the Post’s piece:

“I found it unsettling, yes, to only discover white male creatives in an article talking, among other things, about the diversity in Birmingham.

When we, at Birmingham Eastside, interviewed people in the city centre about the possible Channel 4 move, we talked to these two completely different persons. One, Simon, is a mature white male guy, and a house office. The other, Celia, a student, seemed to be of Asian descent, and in her early 20s. We wanted the diversity of Birmingham to show, and it was fairly easy to do, in a one hour walk.

Well, finding Birmingham creatives which are women (such as tattoo artist Justyna Kurzelowsja, whose name sounds Polish) or black (pianist and composer David Austin Grey) comes as simple as a Google search. Maybe certain media people have yet to learn the trick.”

“We all want Channel 4 to move to Birmingham, it’s a city full of culture, creativity, colour and vibrancy contributed by the diversity of the people who live and work there. Yet you’d think from the article that it was only white men that would be able to contribute to Channel 4’s media interests.

This is where change is required, we need more women and people from black, Asian, minority ethnic backgrounds higher up in these organisations, it’s only then will there be a truer reflection of the city and a greater probability that these minority groups will be highlighted and selected to show what they do and can contribute.”

“This was a clumsy oversight and it’s right that we’ve been called out on this. We put out a call for comments and used all that came back. But we failed to stand back to see if what we had was a fair representation of Brum – and it clearly wasn’t. We must and will do better.”

It has been reported that a move from London to Birmingham by Channel 4 could create 3,412 jobs in the West Midlands, while metro mayor Andy Street has said the relocation of the broadcasting giant to the region is a priority.

Having already helped secure the 2022 Commonwealth Games for Birmingham and the title of UK city of culture 2021 for Coventry, the mayor said:

“We think that it should be a very major relocation, but it does not need to be everything. I do understand that some functions like advertising have a natural place in London.

The critical thing is that the organisation’s brain should move. That is the way something really then contributes most to the region. If they go for just a minor relocation you will lose the potential catalytic effect of a really iconic organisation coming and developing the community around it. That is what has happened with the BBC in Salford and that is what could happen here.”

Four of the locations suggested by Andy Street for Channel 4’s headquarters include Coventry, Dudley, a site next to the NEC (National Exhibition Centre) and Birmingham city centre.

Estimations by accountancy firm KPMG indicate a Channel 4 move could directly boost the local economy by £2.3bn between 2021 and 2030.