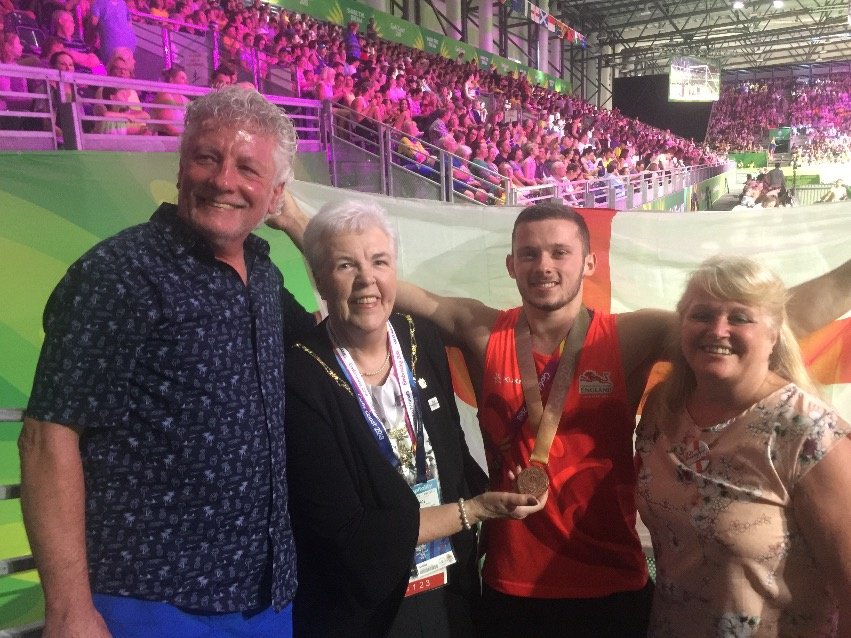 Lord Mayor of Birmingham, Cllr Anne Underwood has arrived in Queensland to represent the city at the Handover Ceremony at the Gold Coast 2018 Commonwealth Games.

Her itinerary includes a visit to meet schoolchildren on an arts project, meetings with State and City government officials, observing parts of the Gold Coast 2018 cultural programme and a tour of the world-leading Griffith University – ahead of receiving the Commonwealth Games Federation flag at Carrara Stadium on April 15.

Amongst those she will meet on behalf of Birmingham during her stay in Australia are His Excellency The Honourable Paul de Jersey (Governor of Queensland), Queensland Premier Annastacia Palaszczuk MP, and Kerry Petersen (Deputy Director-General for Office of the Commonwealth Games in Queensland).

She will discuss a range of matters, including the Games legacy and community engagement in the run up to a major event such as the Commonwealth Games.

Cllr Underwood said: “It is an honour and one of the highlights of my Mayoral year to be given the opportunity of representing Birmingham on an international stage when the eyes of the sporting world will be on the city.

“But it is not just about the Handover Ceremony which will see Birmingham formally take on the role of Host City for the 2022 Games.

“I look forward to building links and connections for the city with the state of Queensland and the cities of Gold Coast and Brisbane, so we can develop and prosper together in the future.”

The Lord Mayor will be joined on the trip by Keith Stokes-Smith, Chair of the Birmingham Commonwealth Association and President of the Greater Birmingham Chamber of Commerce.

He is also set to speak at the Trade 2018 event on the Gold Coast on April 13, addressing delegates during a roundtable and networking session on major events.

Mr Stokes-Smith said: “The Commonwealth Games are a fantastic opportunity for the city, at a time when new business and trade opportunities are being sought both locally and internationally.

“When the Games come to Birmingham in 2022, we’ll have a global platform to promote the city to the rest of the world and to underline the relevance of the modern Commonwealth for citizens.

“This visit to Australia means we are getting some early planning and preparation in for the Business Expo that will be a key element of our own Games programme, building links so we maximise the benefits we can get from the event in four years’ time.”