Meet the Brummies performing at the Commonwealth Games handover ceremony 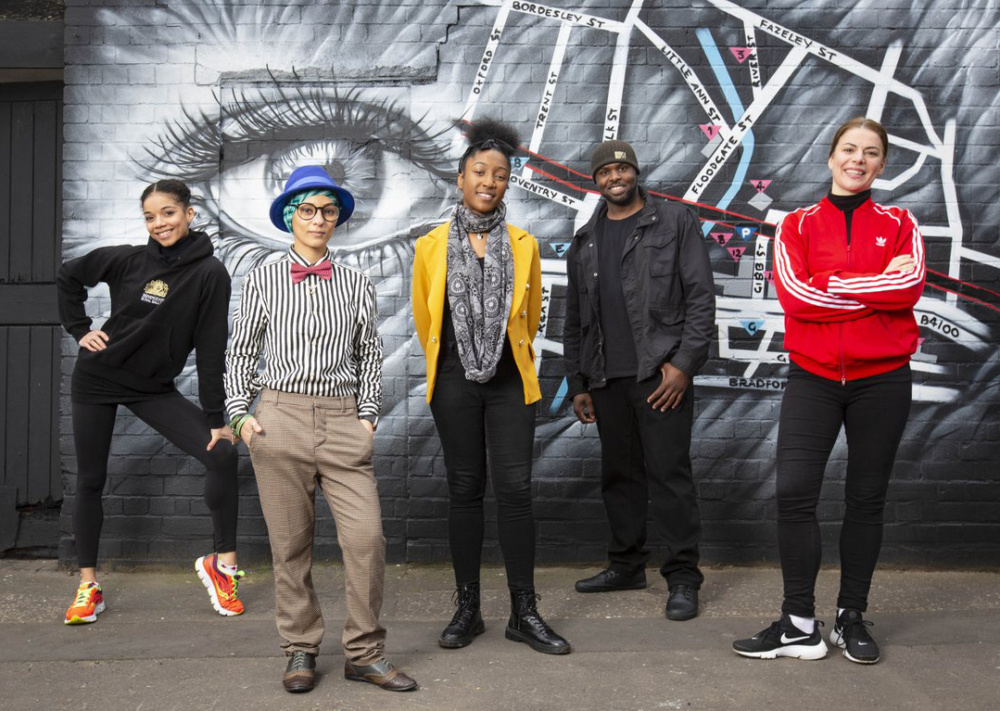 Several Birmingham based artists are due to take part in the official Birmingham 2022 handover ceremony on Sunday 15 April 2018, which will see young people from the city perform as part of the Closing Ceremony of the Gold Coast 2018 Commonwealth Games.

Filmmaker Daniel Alexander, rapper Lady Sanity, spoken word poet Amerah Saleh, Céline Gittens from the Birmingham Royal ballet and choreographer Rosie Kay are taking part in the handover ceremony which will be performed live in the Carrara Stadium, Gold Coast, Australia and part-live from Birmingham. The global televised audience is estimated as one billion people.

Hailing from Birmingham, Lady Sanity is a female rapper with a message.

Her musical interests developed in her teenage years, whilst teaching herself how to play the guitar, exploring music technology and song writing, it’s not wonder she made our list of ‘ones to watch‘ earlier this year.

Sanity has received various backing from the BBC with her debut mixtape, ‘Construction’ and began her journey as a promising star emerging out of the Birmingham rap game. Drawing her inspiration from artists like Lauryn Hill, MC Lyte and Missy Elliot, her genre-bending flow caught the attention of many platforms. Notably performing on ‘A Night of New Music with 6 Music’s Tom Robinson’, receiving funding & support from PRSF’s Women Make Music Scheme & winning GRM daily’s 2017 ‘Get Rated’ award, the hype is starting to build around the poetic maverick.

Hard-hitting bars, profound lyrics and an authentic personality to round it all off, Lady Sanity is leading the charge for the new era of real female emcee’s and having secured slots at Glastonbury and Boom Bap last summer, the sky is the limit for the Birmingham wordsmith.

Daniel Alexander is a multi-award winning independent filmmaker, writer and director from the UK.

Consistently for the past nine years Daniel has been producing content for television both in the UK and abroad, ranging from narrative films, to commercial advertisements and a variety of high end music videos. His awards range from recognition from commercial organisations like Apple, overseas film festivals like L.A Film Festival in Hollywood, and local festivals such as the MVSA’s, where he has won and been nominated for his work.

With an extensive involvement in the filmmaking community, Daniel has shared his wisdom by championing various training programmes for new and existing filmmakers, including a recent venture called ‘Back in’ with partnerships from BFI, BBC Academy, Punch Records and Creative England. He has also created a number of his own products and software to aid Directors and Filmmakers, which have become extremely popular in the filmmaking world.

Daniel is also has 15 years’ experience under his belt of working in the community as a Youth Worker and Mentor to young people with additional needs and also young offenders, providing filmmaking as a way to empower and engage with young people and vulnerable adults up and down the country.

Daniel has worked professionally in most areas of the film production industry. With a variety of films under his belt as Director and DOP, he has also been the head editor and colourist on a variety of high-end commercial projects. Daniel continues to provide filmmaking services to an impressive and lengthy client list.

Daniel has had his work aired on many television platforms and short run cinema releases including The BBC, ITV, BBC 2, MTV, Virgin Media, The BOX, KISS and more. He is also an official vendor of Birmingham City Council for providing filmmaking services. A recent film project titled ‘BAIT’, was filmed and co-produced with Daniel Alexander on behalf of Birmingham City Council, and the film is being used nationally as a training resource and had a limited cinema preview run in Cineworld Birmingham and was also featured on ITV News and BBC News as well as all the local papers.

Daniel was also featured and interviewed on a BBC 2 television show where he was hailed as ‘The Director To Watch’ after recently winning a variety of film awards.

Amerah Saleh is a spoken word artist born and bred from Birmingham.

Her Muslim Yemeni roots give her space to get lost and found on multiple occasions between identity. She is the co-founder of Verve Poetry Press and a Producer at Free Radical as part of The Beatfreeks Collective.

Amerah has performed all around Europe and has will be releasing her first collection called ‘I Am Not From Here’ on April 20. Her work touches on identity, womanhood, religion and the obscure idea of belonging only to one place.

As a lover of words and wild creativity, the 25-year-old Sparkhill native aims to inspire and enthuse the younger generation whilst also making the older generation look at the current state of our society and addressing what needs to change.

Her company creates brave new dance in Birmingham that tours to audiences at home and abroad. Rosie has a reputation for making bold, original and exciting works that challenge perceptions and take on innovative subjects.

The Rosie Kay Dance Company has recently joined Arts Council England’s National Portfolio with current projects including the hit show 5 Soldiers which will tour internationally from 2019, MK Ultra which will tour for second time in autumn 2018 and Modern Warrior, an urban action experience touring to summer festivals.

Rosie is also Associate Director and Choreographer for a large scale adaptation of Woyzeck, with a community cast of 100+ at Birmingham Repertory Theatre as part of Birmingham International Dance Festival 2018. She has worked in film as the choreographer to Sunshine on Leith (2013), and her film of 5 Soldiers was exhibited in the UK, France and Germany.

Kay has worked with Birmingham Repertory Theatre, International Dance Festival Birmingham and Birmingham Royal Ballet. Kay was the first choreographer appointed Leverhulme Artist in Residence at the University of Oxford. Awards for her work include Best Independent Company (2015), National Dance Awards and nominated (2012 and 2017), Royal Society for Public Health award for support to military communities, and the Bonnie Bird New Choreography Award.

Kay has a three year old son, Gabriel and lives in Northfield, Birmingham, with her film-maker husband Louis Price.

Céline Gittens is a Trinidadian ballerina. She is a principal dancer at the Birmingham Royal Ballet.

Gittens was born in Trinidad, where her mother was a ballet teacher and her father an accountant. She began dancing when she was three years old, moving to Canada at nine, and then training at the Goh Ballet Academy in Vancouver from 2011.

Seeking a dance career in the United Kingdom, she joined the Birmingham Royal Ballet in 2006. There she was made first artist in 2009, soloist in 2011, first soloist in 2015, and principal in July 2016. A photograph of her performance opposite Tyrone Singleton in Faster by David Bintley, director of the Birmingham company, appeared on the cover of Dance Europe magazine in the summer of 2012. She has also appeared in Harper’s Bazaar.

In October 2012, at the Birmingham Hippodrome, Gittens became the first black ballerina to dance the twin rôles of Odette and Odile in Swan Lake in the United Kingdom.

Gittens completed a Master of Philosophy degree at the University of Birmingham in 2012. In the summer of 2014 she married Kit Holder, a soloist with the Birmingham company.

To find out more about Céline Gittens, see here.