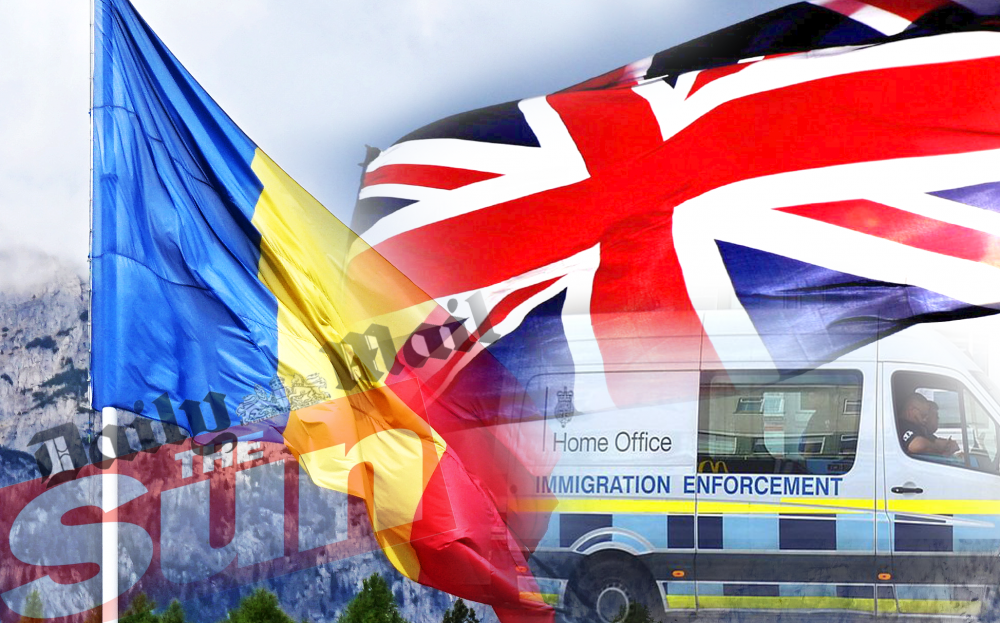 Is the Romanian community in the UK getting a fair trial by media?

Newly released data on migrant population in the UK caused again quite a stir in the media. Most outlets, from tabloids to quality press, published the news: Romanians now number 411,000 in the UK, which makes us the second largest migrant population on the island.

At the end of last month, the Office for National Statistics published a summary of the data on population by ethnic and national background. With Poles still remaining the most numerous, Romanians followed, outnumbering the Irish and Indian people.

With migration, the EU and Brexit still hot topics, the news on Romanians generated more than one headline in a number of newspapers.  A week after the initial piece, The Guardian published a piece of opinion by freelance reporter Claudia Ciobanu (bearing a Romanian name), which highlighted how Romania stays poor despite its people working hard. The circumstances thus push many to flee the country.

The lead proved fertile for another media outlet. The Sun seized the opportunity to produce a lengthy feature about one London suburb with a big Romanian community – Burnt Oak.

And the piece stands out for everything good journalism should avoid. From the headline, it hooks the reader with nonfactual, emotion-triggering, denigratory wording and twists of language. Just like in Victorian Gothic, the most horrific sides of the story reside in the reporter’s hints rather than his statements, or the facts presented, for the matter.

First, let us have a look at the headline: INSIDE LITTLE BUCHAREST How Romanian immigration changed this small London suburb beyond recognition. Besides the fact Romania is not its capital city, just as the UK is not London, you can easily spot the less-than-factual artifices meant to unsettle the reader from the very beginning.

“Beyond recognition” would scare anybody, in any circumstances, even if the change mentioned would be a massively positive one. Us humans rely on our capacity to recognise danger and changes for survival. Once that capacity fails, we fear. We lose our ability to asses the situation and our safety. Data showing half a million people missed work in the UK in the previous year due to anxiety and depression demonstrates how serious fear-related issues can become.

Next, the feature mentions how Romanians settled in the area since the 70’s, having to flee their home country due to political oppression. They opened shops and restaurants, they work hard, and the first Romanian interviewed talks about the cultural mixture and how “there’s no racism”. However, he voted for Brexit.

For each seemingly positive aspect mentioned in the feature, at least 3 negative observations follow. The reporter seems to deplore the state of the high street, full of pawnbrokers, DYI and convenience stores, while the local Tesco has closed. His writing infuses negative meaning into the whole “Romanian community” story. Beggars, children with poor results in school, low median household earnings, many people not speaking English at all cast a gloomy vision on the only suburb with a high number of Romanians the reporter found.

Inflammatory journalism targeted at Romanians, forging an alarming image of the migrant from my home country, has already made history in British tabloid media. Oxford’s Migration Observatory research, published 4 years ago, highlighted the preferred semantic range used to describe my co-nationals in the media: gang, criminal, squatter, beggar. Also, the media described Romanians usually as travelling to the UK, and mentioned numbers.

However, in the recent wave of articles caused by numbers of Romanians, Euronews appeared one of the very few media outlets actually linking to the original source – the Office for National Statistics. Many others just self referenced, lacking in transparency and reliability.

What can be more factual than numbers? With data journalism today breaking major news such as the Panama Papers, and quality press investing in further development of data-based investigations, one could assume numbers to represent the most accurate, fake-proof information around.

Not quite. Numbers and Romanians appear to make a less-than-accurate mixture. A few years ago, the bulk of the UK media misread data on arrests in London by nationality of the people taken into custody. Most media outlets reported on the Met Police arresting 28,000 Romanians from 2008 to 2013.

Having researched the document myself at the time (unfortunately, no longer available), I noticed a major error – 28,000 was the number of arrests, rather than people arrested. Full Fact points out the error. However, newspapers such as The Telegraph and Daily Mail did not fail to report how one third of the Romanians on the island had criminal records.

As I mention in my vlog on the matter, I would not blame it entirely on the media. With a cornucopia of data available out there, each of us can take more responsibility to crosscheck, understand and further spread factual, balanced information. I have recently started vlogging to represent my own Romanian community in the UK, rather than leave others such as The Sun do it for us.

My home country comes from a long history of struggles, and we started to exist as a recognised nation only mid19th century. Crushed by communists, today Romania fights like no other country in Europe to keep its politicians accountable, and to push for political and social progress. Pushed by circumstances – either for survival, or to avoid stagnation – a number of people from my home country move abroad. Once here, once established, it is also up to us to better represent ourselves.

The more people in Europe and in the UK know about us, the more we can speak against inflammatory journalism and fake information such as the above named misread data, the less chances we give to being turned into the scary shadows from the fringe of Europe which will drag the world to an end.

(Visited 3,271 times, 1 visits today)
https://www.iambirmingham.co.uk/2018/06/06/romanians-uk-community-inflammatory-media-misrepresented/https://www.iambirmingham.co.uk/wp-content/uploads/2018/06/Romanina-community-in-the-Uk-and-media-representation-800x498.pnghttps://www.iambirmingham.co.uk/wp-content/uploads/2018/06/Romanina-community-in-the-Uk-and-media-representation-300x187.png2019-06-12T19:23:58+00:00Catalina GeorgeBlogColumnCommunityEnvironmentImmigrationInvestigativeMediaPoliticsRacismWorldBirmingham,Bucharest,Catalina George,Daily Mail,England,fear mongering,fearmongering,Immigration,journalism,Little Bucharest,London,Media,Media portrayal,media reports,negative,Office for National Statistics,right-wing,Romania,Romanian,Romanian immigration,stereotypes,The Sun,UKNewly released data on migrant population in the UK caused again quite a stir in the media. Most outlets, from tabloids to quality press, published the news: Romanians now number 411,000 in the UK, which makes us the second largest migrant population on the island. At the end of last...Catalina GeorgeCatalina George[email protected]AuthorI Am Birmingham
« ‘Plastic’ revealed as Children’s Word of the Year by Oxford University Press
Brum comedian Shazia Mirza to serve up a night of laughs to help city’s homeless »