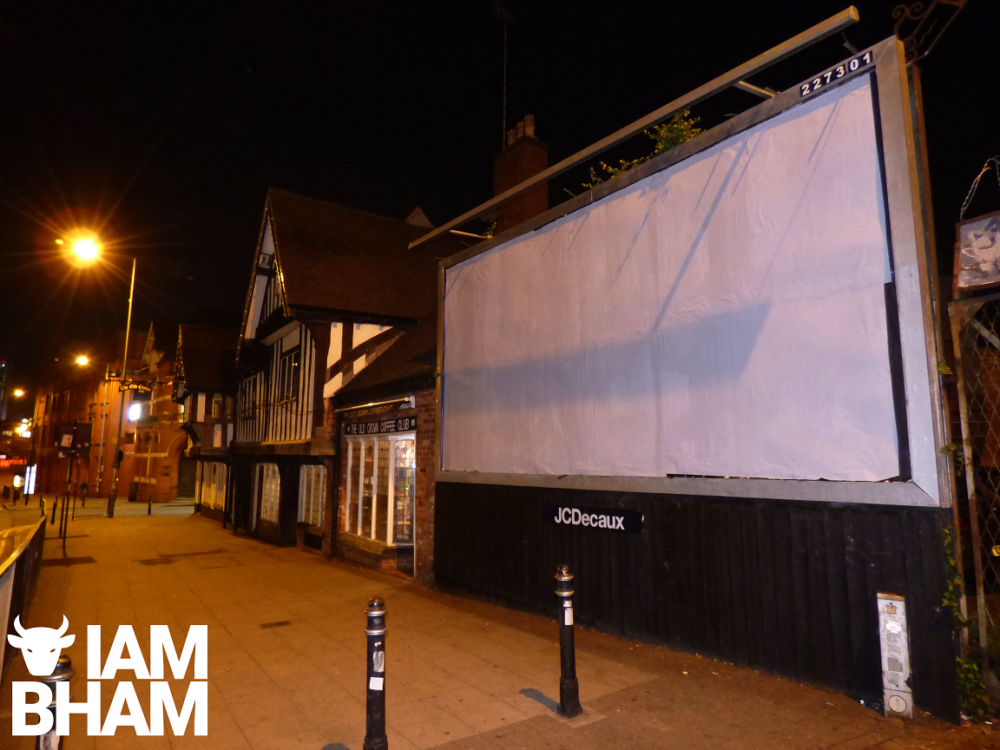 The guerilla art went up during the Tory conference in the city However, within a couple of days of going up, the billboard – depicting Corbyn pouring red wine into a glass with the motto ‘For the Many’ emblazoned in Rasta-inspired colours of red, gold and green – had been mysteriously plastered over with white paper.

On Wednesday night, the blank billboard looked strangely eerie, standing in direct contrast to the rest of the adjoining Digbeth landscape.

The black and white Elizabethan design of The Old Crown pub offers a contrast to the blank white sheen of the billboard, nestling adjacent to the pub.

Void One’s last takeover of a billboard at the Custard Factory with an art piece entitled ‘Death From A Dove – Fighting For Peace‘ lasted far longer than the current Corbyn inspired work, which has vanished in just a matter of days after being pasted up at the site.

Was it censorship? The mystery continues.

One thing is certain, whether it was just a few days or if it had been left in place for a few weeks, the poster has left an impression and made lots of people talk about it on social media platforms around the city, including getting a mention on the local evening news on television.

While the real Theresa May danced away at the Conservative Party Conference at the ICC, a painted Jeremy Corbyn poured red wine and listened to some Reggae tunes in Digbeth. This was indeed an interesting week of politics and art, peppered with some bizarre dancing, in Birmingham.