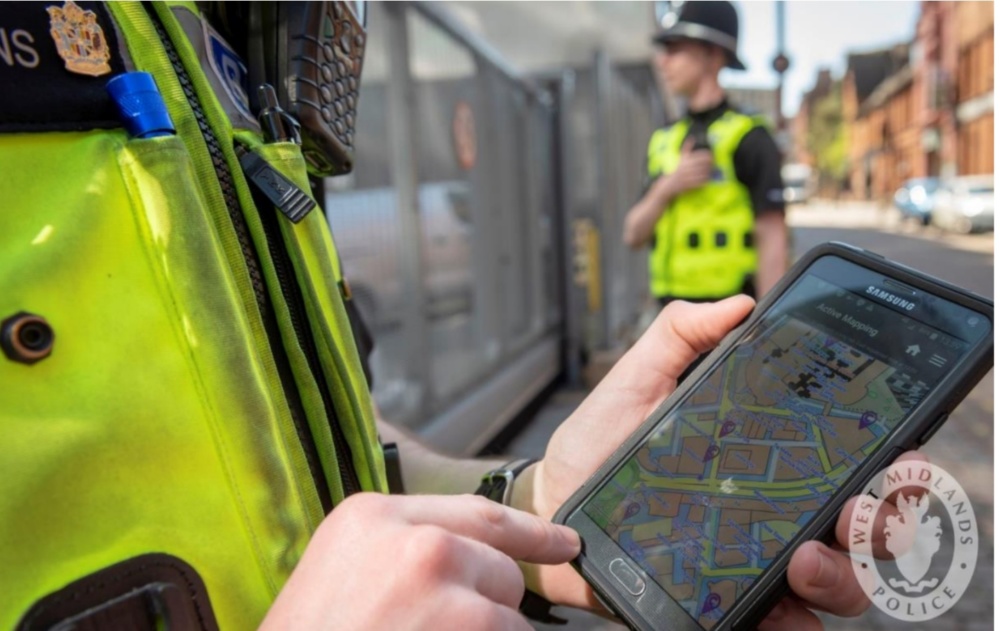 West Midlands Police can now ‘click and collect’ criminals, thanks to a new technology to help police find offenders while on patrol.

A new app focuses on helping to tackle the rise of crime in England and Wales, which is at its highest in ten years, according to Home Office data published by the Office for National Statistics (ONS) this month.

Around 4,000 frontline officers are now equipped with smartphones which allows the officers access to information previously only available on computer in police stations. The new tech is estimated to be saving the force 550,000 officer hours a year.

One new facility gives officers the ability to ‘Click & Collect’ a wanted suspect by tapping on their profile, which give the officer access the latest intelligence on individuals, vehicles, and addresses, and instantly alert colleagues across the force that they are en route to make arrest attempts.

The new handheld devices also use ‘geofencing’ technology, which means officers receive automated voice prompts to alert them whenever they enter an area frequented by a wanted person or that’s experienced a recent crime trend.

“We’re one of only a handful of forces across the country using the new technology − and it’s gone down really well with officers. “The app is aimed at modernising the workforce and giving frontline officers the kit they need to keep them out on the streets and not having to continually return to the police station.

“All this information is now at their fingertips, it means they can run on-the-spot checks on crime suspects to ensure they’re not trying to provide false details or give officers misleading information.”

Recent statistics show they are carrying out more than 10,000 checks a day using a new app that links to the force’s ‘Corvus’ tasking and briefing system.

“At a time of rising crime it is crucial that we are focusing on the frontline. The public want officers to be focused on keeping them safe instead of going to and from their base to get information. This technology enables just that.

“West Midlands Police has faced huge cuts over recent years. This technology is helping our officers to be as efficient as possible.”