Birmingham Pride announces ‘Love Out Loud’ as new theme for 2019! 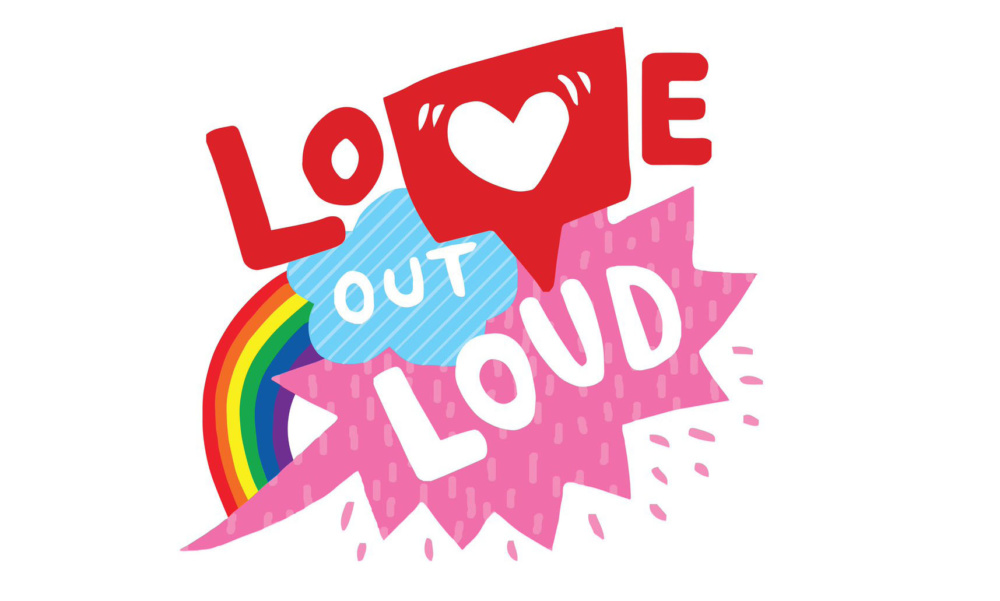 'Love Out Loud' is the theme for Birmingham Pride 2019

The theme for next year’s Birmingham Pride celebrations has been announced, and it is ‘Love Out Loud’.

The official theme has been released with a snazzy bright new slogan design bearing red, blue and pink typeface; with a vibrant rainbow motif attached to the left and a heart shape representing the “v” in “love”.

Set to return on Saturday 25 and Sunday 26 May, once again during the Spring Bank Holiday Weekend, the annual event in Birmingham’s Gay Village will feature the staple Carnival Parade from Victoria Square and a host of entertainment stages, fun fair, a big street party around Hurst Street in Southside, and an array of participating gay and lesbian bars and clubs.

The graphic design for latest theme appears to be inspired by emoji and social media filter clipart style elements.

“”In a world where oppression and persecution of the LGBT+ community still exists, teen suicide continues to be a major issue and trans rights are being pushed back, even in countries considered to be progressive, now is the year to love out loud.

“A celebration of our right to love, not only other people but ourselves too, and to do it loud.

“No matter your gender, sexuality, personal identity, colour, religion or race, join us at Birmingham Pride, on Saturday 25th and Sunday 26th May 2019 and ‘Love Out Loud’.

Next year will be the 22nd anniversary of Birmingham Pride.

A brand new logo design has also been released for Birmingham Pride 2019, revealed to the world as early as May.

The design for next year maintains the new typeface from this and last year’s Birmingham Pride logo, but replaces the recent 1980s inspired neon shapes and colours with more a basic ‘blocky’ layout; placing the text on two random shapes or ‘blobs’ which vary in colour depending on the use. It is not known if this design will continue to evolve before a final one is chosen.

In August, Birmingham Pride organisers announced dramatic changes for the future of the event in the city, due to major development taking place throughout the Gay Village.

It was feared next year’s celebrations would have to relocate to a host site away from the traditional Gay Quarter in Southside, following news that car parks that have typically housed the main stages and seen an array of talent, such as Courtney Act and MNEK earlier this year, would no longer be accessible for Pride use, leading to the decision to branch out.

While a shortlist of potential locations within city had been confirmed by Pride organisers – with a new host site, the main stage, dance arena, funfair and cabaret marquee all possibly relocating to Birmingham Pride’s ‘new home’ – there were grumbles of discontent from attendees.

Organisers had, however, stated that the gay village’s iconic mardi-gras style ‘street party’ would remain at the heart of the event. Memories of Birmingham Pride’s unsuccessful temporary relocation to Cannon Hill Park were still fresh for some, but with locations such as Digbeth and Eastside Park being suggested online by eager pride-goers, there was still potential for a progressive move.

Birmingham Pride regularly attracts tens of thousands of spectators annually who line the city’s streets in a beautiful display of colour and diversity. With an economic impact suggested to be around £30 million, so the expansion could be the perfect opportunity for the festival to evolve. A larger site would enable even more people from across the UK to attend – and with it demonstrate an even larger display of love, pride and culture.

Following discontent from several quarters about a possible location change for main event and music stages, organisers held a survey to allow the public to decide.

After seeking feedback from over 6,000 Birmingham Pride visitors, the team behind the event have since announced that the festival will remain in the city’s iconic Gay Village.

Earlier this year, due to major developments taking place throughout the Gay Quarter, Pride organisers announced that the weekend LGBTQ+ festival would be relocating to a new host site.

After receiving mixed responses to the news, a survey was released asking the region’s LGBTQ+ community to decide where they would like to see the event staged. Three options were laid on the table, including:

The results came back loud and clear and an outcome was decided. After receiving the opinions of over 6,000 people, the result showed that 85% of respondents voted overwhelmingly for the event to remain in Birmingham’s Gay Village. The other options were incredibly unpopular receiving only 4% and 11% in the vote respectively.

“The Pride team are working hard to deliver an even more diverse festival in 2019, one that will  now remain in the gay village.”

He continued: “Preparations are already being made to look at locating the Dance Arena on the top floor of the Arcadian Car Park, and the Main Stage down at the bottom of Hurst Street – either on the street or the adjacent car park, which is due to be flattened soon to provide an open-air car park. The Cabaret Stage could be located on the road in between Amusement 13 and the Nightingale Club.”

Birmingham Pride regularly attracts tens of thousands of spectators annually who line the city’s streets in a beautiful display of colour and diversity. Though it will be a large challenge to utilise available spaces, it could be viewed as an opportunity for Birmingham Pride to evolve.

Birmingham Pride – the UK’s largest two-day LGBTQ+ festival – will be held from Saturday 25th May to Sunday 26th May 2019. Tickets will be available from this Wednesday. For more details, visit: www.birminghampride.com.