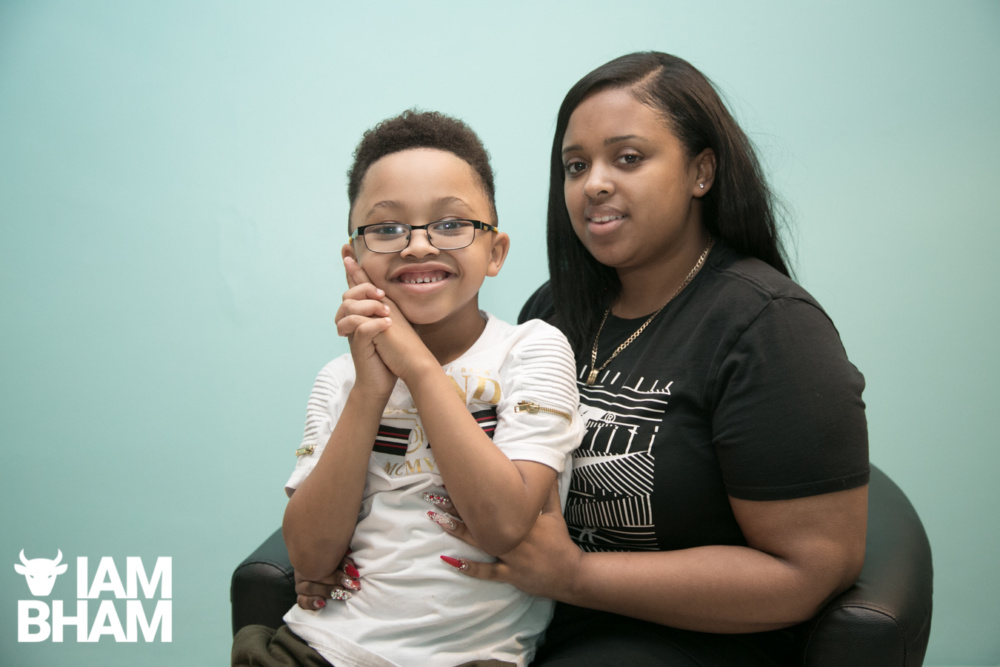 A five-year-old boy from Sandwell has been banned from school on account of his haircut, despite his mother insisting he had it especially styled to hide a medical condition.

Josiah Sharpe is missing out on his education and playtime in Summerhill Primary Academy in Tipton because his hair is considered too “extreme” for the school.

But his mother has protested the decision to send her son home, explaining his haircut is styled “neat and smart” while ensuring it covers up his traction alopecia.

“He’s been at the school since reception and it’s never been raised as a problem. He used to have the fade higher up, so I compromised by having it lower down, then I changed the fade on the side to a number one fade instead of skin fade.

“They told me his hair wasn’t as short in reception, but it has always been the same. They had informal chats with me about it and then he was excluded from playtime and marginalised from his friends. Then banned from school.

“He is currently in back school because they said its now ‘long enough’ that you cannot see his skin. But, to me, this is messy, and it’s not how I choose to have my son look. He’s having it cut again today, so we will see if he’s allowed to go to school.

Danica, who is a hair stylist herself, believes the school’s decision is based on cultural ignorance and a failure to comprehend the diversity of Afro-Caribbean hair.

“I spoke to the teacher about it, I’m a hairdresser. I offered to give a presentation so they can understand, it’s not being rebellious, extreme or fashion, it’s literally how black boys with Afro hair have wore their hair for centuries to look neat. The Head said the policy is not changing and so far has refused to meet with me”.

While Danica has condemned the school’s response as “cultural bias”, Summerhill Primary Academy’s executive headteacher Kerry Rochester has stated the child’s haircut is against official rules.

According to the school’s hair policy, pupils must not have “hairstyles that will detract from learning” or that fall below a grade two length; which is why they claim Josiah Sharpe was sent home.

But young Josiah’s mother feels they were unjustly targeted:

“It looks neater this way, which is why this has been a norm for people with Afro hair forever. Scroll through the pages of any Afro barbershop portfolio and you will see pages and pages of this as a norm.”

“This is how black males with Afro hair wear their hair to look neat. By them telling me I must have his hair longer and as what I would consider untidy also affects me financially. Instead of being able to cut his hair every three weeks, I would have to cut it every week. I do not have the money or time for this!”

Dawn said “This style would be acceptable if someone was working in a bank or was a politician, so why not our schools?”

“I actually think that this hair policy creates a net that targets black children, and the reason I say that is because the hair styles that they deem as being extreme are hairstyles that are normal n the Afro-Caribbean culture”

“We respect hair policies and understand what they’re trying to achieve. However, I don’t think they’ve looked at this hair policy in the complexity that we are different. Afro-Caribbean hair is different o European and Asian hair. It’s physiologically different and also culturally we’ve got different norms, so the hair policy is unfair”.

This isn’t the first time Summerhill Primary has been accused of discriminating against pupils. In 2017, another parent accused the school of discrimination over a row about a Kara – a Sikh religious bangle.

The school had banned eight-year-old Kaiden Singh from wearing a religious bracelet he had worn since birth because it breached uniform policy.

As he had his hair cut yet again ahead of school this week, we caught up with Josiah and his mum Danica at their local barbershop, and spoke to some of the other parents there.

Sarah Mitchell’s son has attended various Birmingham schools with the exact same cut fading down to the skin. She said:

“My son just had his hair cut, he was feeling so good when he came back from the barbers, telling me how people always say he’s cute. Imagine how he would feel if he went to school the next day to be told he had to go home because of it”.

Gary Forster said: “That is ridiculous, short back and sides with hightop is acceptable. Neon dreadlocks with profanities stencilled in the side are not. The kid should be in school.”

Another mother of a similar aged boy was in the shop at the same time we spoke to Danica, she said: “That’s exactly how my son is having his hair cut, and it’s never been a problem.”

“Danica pointed out “Josiah has always been well behaved and has merits and everything. This is the first he has been kept in at break or excluded, if it was for his behaviour I could understand, but for his hair, in a normal conservative style?”

Official government statistics show that black pupils are three times more likely to be permanently excluded from school as their white counterparts.

We have reached out to the school for further comment and will report on developments.

(Visited 10,644 times, 1 visits today)
https://www.iambirmingham.co.uk/2019/01/18/mothers-anger-5-year-old-son-banned-school-extreme-haircut/https://www.iambirmingham.co.uk/wp-content/uploads/2019/01/E3A1556-800x534.jpghttps://www.iambirmingham.co.uk/wp-content/uploads/2019/01/E3A1556-300x200.jpg2019-01-18T17:30:51+00:00Denise JamesBLMCommunityEducationNewsRacismYoung peopleAfro,Afro hair,Afro-Caribbean,barbershop,Black,Black Hair,Danica Sharpe,discrimination,Education,excluded,exclusion,hair cut,hair policy,haircut,Josiah Sharpe,Lensi Photography,Photos,primary school,Racism,Sandwell,School,School hair policy,Summerhill Primary Academy,Summerhill primary school,Tipton,West MidlandsA five-year-old boy from Sandwell has been banned from school on account of his haircut, despite his mother insisting he had it especially styled to hide a medical condition. Josiah Sharpe is missing out on his education and playtime in Summerhill Primary Academy in Tipton because his hair is considered...Denise JamesDenise James[email protected]AuthorI Am Birmingham
« Celeb dance fest as national Strictly tour launches in Birmingham
Calls for M&S boycott following discovery of “Allah” toilet paper »