Birmingham bin strikes back on as Council talks break down 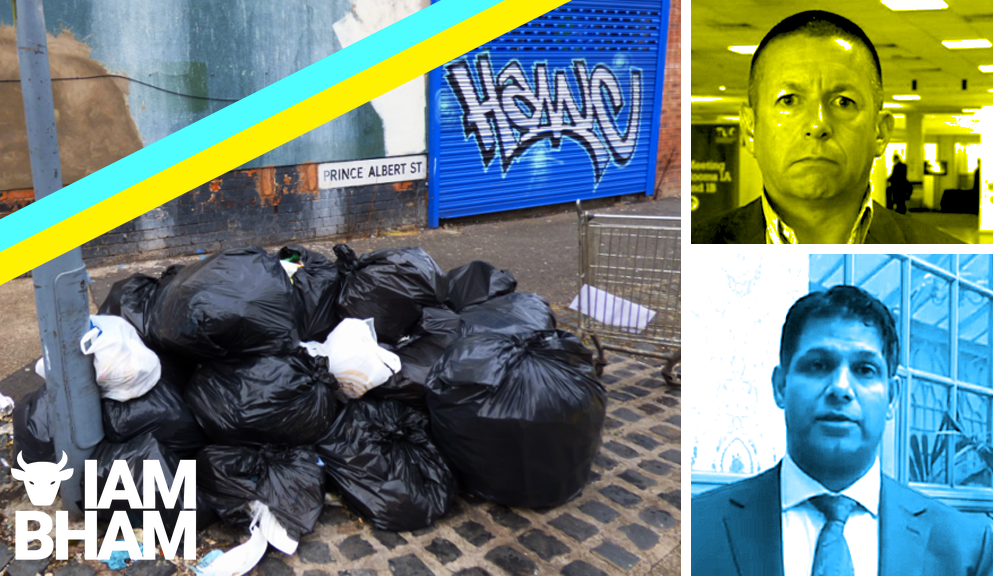 Unite bin workers will be taking part in a strike from February 19, following a breakdown in council talks

The Birmingham bin strikes are back on following a breakdown of talks between Birmingham City Council and the Unite union.

350 refuse collectors are to go back on strike in a row over how the previous strike was handled by the city council. Members of the Unite union have announced they will strike for two days a week from February 19th.

The city’s bin workers are taking further strike action after a three-month walkout last year, which led to waste piling up in streets across Birmingham.

Around 300 Unite members have been in discussions with the council since the end of December over a payment given to GMB members who didn’t take part in previous strike, but talks have stalled.

Unite workers described the “unfair” payments as a reward for not striking, although both Birmingham City Council and the GMB union deny the claims. Unite said its members will now stage walkouts for two days a week, starting later this month.

These are the proposed strike dates:

The strike action comes following anger at payments of up to £4,000 each made last autumn to bin workers, who belong to the GMB union. This was during the initial strike by Unite workers in a dispute over job losses.

The industrial action lasted nearly three months and saw tonnes of rubbish piled up across Birmingham streets, forcing John Clancy to resign as leader of the council. The strikes in July and August last year ran for 7 weeks costing the City Council £6.3 million.

The council wanted to modernise the refuse service to save £5m a year, but Unite claimed restructuring plans threatened jobs.

Strike action was eventually suspended in August with a provisional council agreement not to make certain posts redundant, but workers continued with the walkout at the beginning of September.

Unite assistant general secretary Howard Beckett said: “The council have created this dispute and it is up to the council to resolve this dispute.

Unite's Howard Beckett: “Unite’s members have taken the decision to move to full strike action as a last resort due to [Birmingham] council’s refusal to make a fair offer to resolve this dispute." https://t.co/UDTDRyFXcF

Birmingham city council insist they are aiming to resolve the ongoing dispute. A council spokesperson said:

“We utterly refute the allegations made and are extremely disappointed that the reasonable offer we have put forward has been rejected by Unite on behalf of their members.

“The Unite statement is not in the spirit of ongoing discussions at Acas, but we remain committed to resolving this dispute and the offer is still on the table.

“To be absolutely clear, we have not blacklisted or discriminated against Unite members. The council condemns blacklisting of any sort.

“As previously stated on a number of occasions, the payments to GMB members were properly made for a failure to consult during the talks that ended the 2017 dispute.

“We would urge Unite to continue talks as we want to resolve this matter, so citizens get the refuse collection service they rightly expect and deserve.”

Cllr Majid Mahmood became a recent casualty of the breakdown in talks, resigning from his role as Cabinet Member for Clean Streets, claiming he could not agree with the Council’s threat of legal action against the Unite workers. The union and council have been trying to resolve the conflict through conciliation service Acas.

(Visited 364 times, 1 visits today)
https://www.iambirmingham.co.uk/2019/02/04/birmingham-bin-strikes-back-council-talks-break/https://www.iambirmingham.co.uk/wp-content/uploads/2019/02/Birmingham-Bin-Strike-01-watermarked-800x464.pnghttps://www.iambirmingham.co.uk/wp-content/uploads/2019/02/Birmingham-Bin-Strike-01-watermarked-300x174.png2019-02-04T18:37:00+00:00Staff ReporterCommunityNews2019,ACAS,B'ham,BCC,bin strike,bin workers,Birmingham,Birmingham bin strike dates,Birmingham City Council,Brum,City,Council,February,GMB,Howard Beckett,industrial action,refuse collectors,Strike,Strike action,Strikes,union,Unite,Unite the unionThe Birmingham bin strikes are back on following a breakdown of talks between Birmingham City Council and the Unite union. 350 refuse collectors are to go back on strike in a row over how the previous strike was handled by the city council. Members of the Unite union have announced they will strike...Staff ReporterStaff Reporter[email protected]AdministratorI Am Birmingham
« Gay Times magazine drops in to Birmingham for city-wide diversity representation push
The future of Birmingham’s gay scene to rest on one final council meeting »