INTERVIEW: Aja on Birmingham Pride, her Drag Race elimination and choking on burritos! 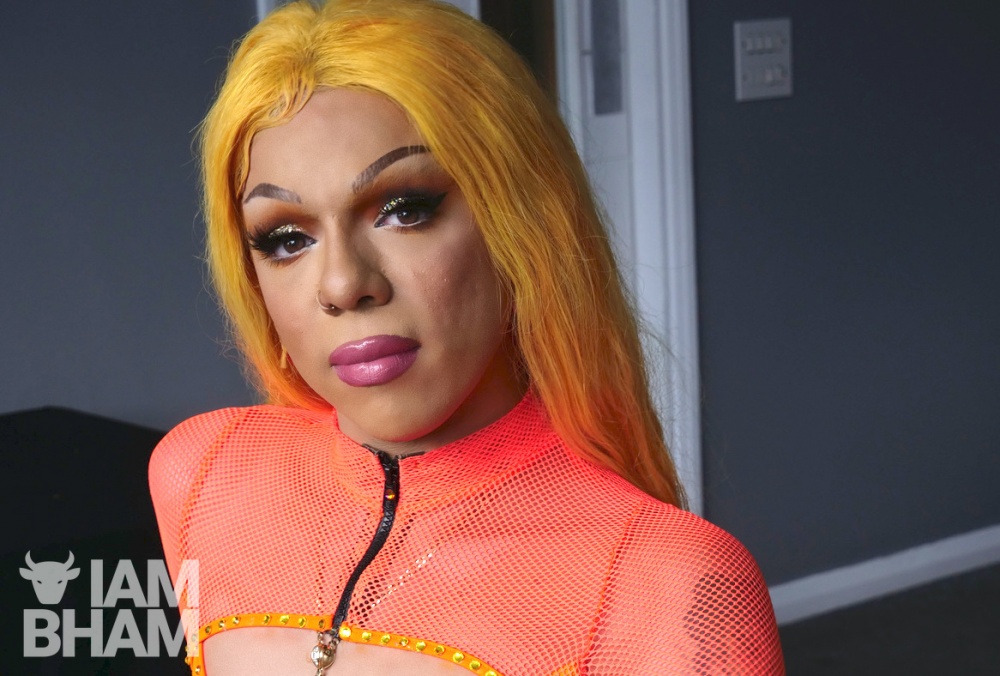 Aja caught up with I Am Birmingham at Birmingham Pride (Photo: Adam Yosef)

Prior to her debut performance on the Birmingham Pride main stage, I Am Birmingham caught up with RuPaul’s Drag Race Superstar and recording artist Aja to talk about her first Pride outside of the US and her fabulous Drag Race stint!

Aja is known for her brutal honesty, infectious charisma and stellar dance performances, which make everyone ask: “Is she going to jump from there?”

While she is now known around the world as the Queen that stole our hearts on the iconic hit TV show, Aja is also a successful recording artist, producing hit after hit with songs such as, ‘Finish Her’, and, ‘Brujeria’. With the visuals to match, Aja is truly on her way to dominate the world!

In a very quick interview before she wowed crowds, I caught up with the star for a brief chat!

So, Birmingham Pride, your first time here and your first Pride outside of the US. How does it feel?

It feels great! I am always looking forward to seeing how other people around the world celebrate Pride. I really truly think that, in America, Pride is a privilege and to have access to this liberation that in some parts of the world isn’t there yet. Coming here and seeing how open and loving it is so far is so beautiful!

With it being your first time at Birmingham Pride, what can the crowds expect from you?

I think, honestly, I’m just gonna get real, real ratchet. I’m previewing some new stuff from an upcoming EP that I’m dropping in mid-June and I’m also doing some other tracks and fun remixes. We have this really silly twerk remix but it’s just gonna be really fun.

On Drag Race, do you think it was right that you were eliminated when you were?

I mean in terms of the glow up I think it’s amazing what a few pay checks can do. Personality has always been the same – still a dumb bitch. For me it’s all reality TV – I don’t really associate it as a real competition in my head.

I don’t really compete with other people because no one does what I do. I don’t do what other people do. I think a lot of people are in their own lane and for me the competition never ends. So, I may not be on reality television but I’m still competing with myself to be better at what I wanna do and that’s real competition.

What was your favourite moment?

My favourite moment was actually not on camera or on the set. One day – I think we were there for like three weeks already – and I thought I was choking on a burrito. I was scared to leave my hotel room because we weren’t allowed to, so I sat there thinking I was dying for like two hours. I know it’s got nothing to do with the show but that was when I was like, “I need to get the hell out of here!”

And then I was upset because when I got eliminated, they were like, “you’ve gotta come back the next episode!’ And then after that they were like you’ve gotta do the finale for the voting crap and I was like no! Literally after we filmed the last episode, I drove home in a full face of white paint from that outfit and I went and had a few drinks, sat there and thought, “What just happened?”