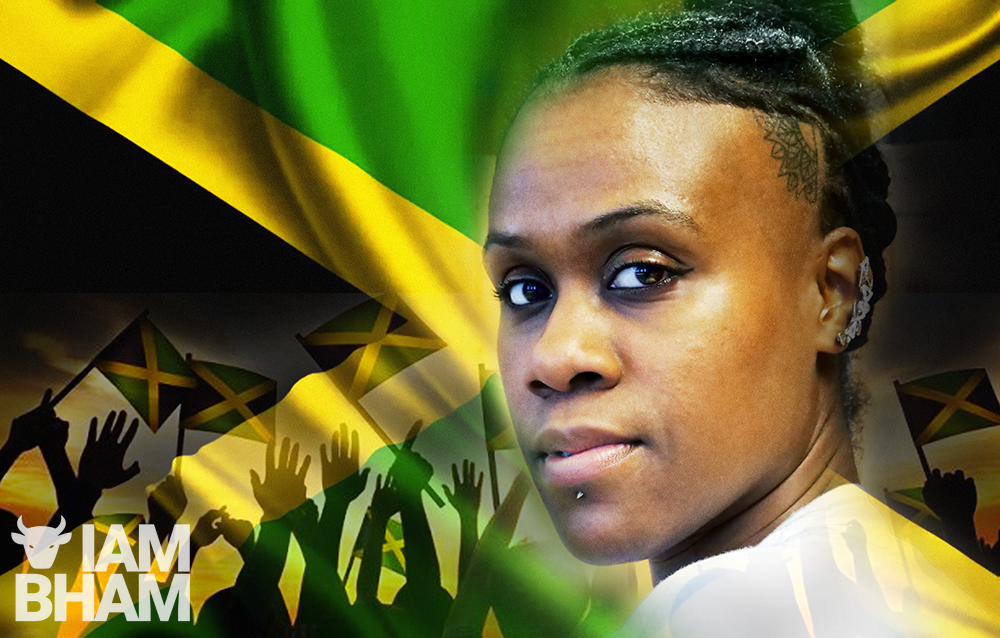 Birmingham rapper Zara Sykes will be performing at Jamaica 0121 celebrations in the city this weekend (Photo: Adam Yosef)

Birmingham based rapper Zara Sykes will be performing in Victoria Square this Saturday as part of Jamaica Independence Day celebrations in the city.

Victoria Square in the city centre will be decked out for the Jamaica Independence Day celebrations this weekend, dominated by ‘Jamaica 0121’, a three-day festival marking Jamaica’s 57th year of Independence. The festival was formerly known as Jamaica in the Square.

The free outdoor family festival – which begins on Friday 2nd until Sunday 3rd August – is a fusion of Jamaican and British culture featuring live bands, performing artists, DJs, workshops, Jamaican and jerk cuisine; and a variety of stalls.

Local singer Zara Sykes will be performing at the event. Zara began writing poetry when she was 8-year-old, which led her on a journey into music. She will be showcasing her material under the Love Music Hate Racism banner on Saturday.

“The whole family will be able to participation together to enjoy this cultural experience. Jamaica 0121 will be another exhilarating dazzling display of Jamaica’s influence on today’s culture engaging everyone that attends and encapsulating the diverse spirit of Birmingham.”

Jamaica 0121 will officially be open on Friday 2nd August by the His Excellency Seth George Ramocan, the Jamaican High Commissioner and Cllr Ian Ward, present Leader of Birmingham City Council. There will be the official cutting of the ribbon to get the festival on its way and traders will officially open their stalls to the public. The festival will not only be celebrating 57 years of independence from British rule, but will a showcase the culture that Jamaica has exported to Birmingham.

Visitors will get an opportunity to taste a of what the event will be like over the weekend during this period, Jerk chicken stalls, Jamaican cuisine, arts & crafts, and fashion will all be on show as the Jamaican Tourist board and Victoria Mutual join festivities to offer attendees information on visiting and investing in Jamaica.

One Love, One Vibe

The theme for this year’s celebrations are ‘One Love, One Vibe’, with three days of exhilaration Island vibes as Birmingham celebrates Jamaica in festival style. Judging from previous events, these independence celebrations are sure to bring a feel-good factor to the city. With a relaxed and chilled-out approach, the colourful infectious culture is expected to captivate revellers and members of the public. If you’re a lover of good reggae music and the whole Bob Marley vibe then the Jamaica 0121 festival is for you.

There will also be other similar celebrations across the city to mark Jamaican independence day, including a family-friendly garden party at the Afro-Caribbean Millennium Centre in Hockley, which will be an all-day celebration (Saturday) in partnership with Newstyle Radio. This is a ticketed event.

A Jerk Festival will also be held at the Quantum Event Centre in Digbeth from 12pm-8pm on Saturday (18+ only). This is a ticketed event.

Additionally, the main ‘Jamaica 0121’ festival will be hosting an official after-party at the Sugarsuite in Birmingham’s Broad Street on Saturday, from 10pm until 3:45am (last entry 2:30am – 18+ only). This is a ticketed event.

Jamaica 0121 is on between Friday 2nd and Sunday 4th August 2019 in Victoria Square and is a FREE public family-friendly event. Zara Sykes will be performing at the event on Saturday 3rd August at 5:30pm. For more details, visit the Facebook event page here.

(Visited 1,684 times, 3 visits today)
https://www.iambirmingham.co.uk/2019/07/31/zara-sykes-perform-jamaica-independence-day-celebrations-birmingham/https://www.iambirmingham.co.uk/wp-content/uploads/2019/07/Zara-Sykes-with-Love-Music-Hate-Racism-by-Adam-Yosef-02-800x510.pnghttps://www.iambirmingham.co.uk/wp-content/uploads/2019/07/Zara-Sykes-with-Love-Music-Hate-Racism-by-Adam-Yosef-02-300x191.png2019-07-31T15:43:06+00:00Rangzeb HussainCommunityEntertainmentEventsFood & DrinkMusicNewsShowbizWhat's On0121,2019,57 years,57 years of independence,B'ham,Birmingham,Birmingham City Council,Birmingham Pride,Brum,Brummies,community,England,Entertainment,Festival,I Am Bham,I Am Birmingham,Jamaica,Jamaica 0121,Jamaica 0121 Festival,Jamaica Festival,Jamaica Independence Day,LMHR,Love Music Hate Racism,Midlands,music,news,One Love One Vibe,Pride,Racism,Rangzeb Hussain,rapper,Show,Sykes,UK,Victoria Square,West Midlands,What's on,Zara,Zara SykesBirmingham based rapper Zara Sykes will be performing in Victoria Square this Saturday as part of Jamaica Independence Day celebrations in the city. Victoria Square in the city centre will be decked out for the Jamaica Independence Day celebrations this weekend, dominated by 'Jamaica 0121', a three-day festival marking Jamaica’s 57th year of Independence. The festival...Rangzeb HussainRangzeb Hussain[email protected]AuthorI Am Birmingham
« ‘F*ck Boris’ graffiti daubed across Birmingham during new PM’s visit to the city
Where once there were many, now there is only one: Not Another Comic Con is on in Birmingham »