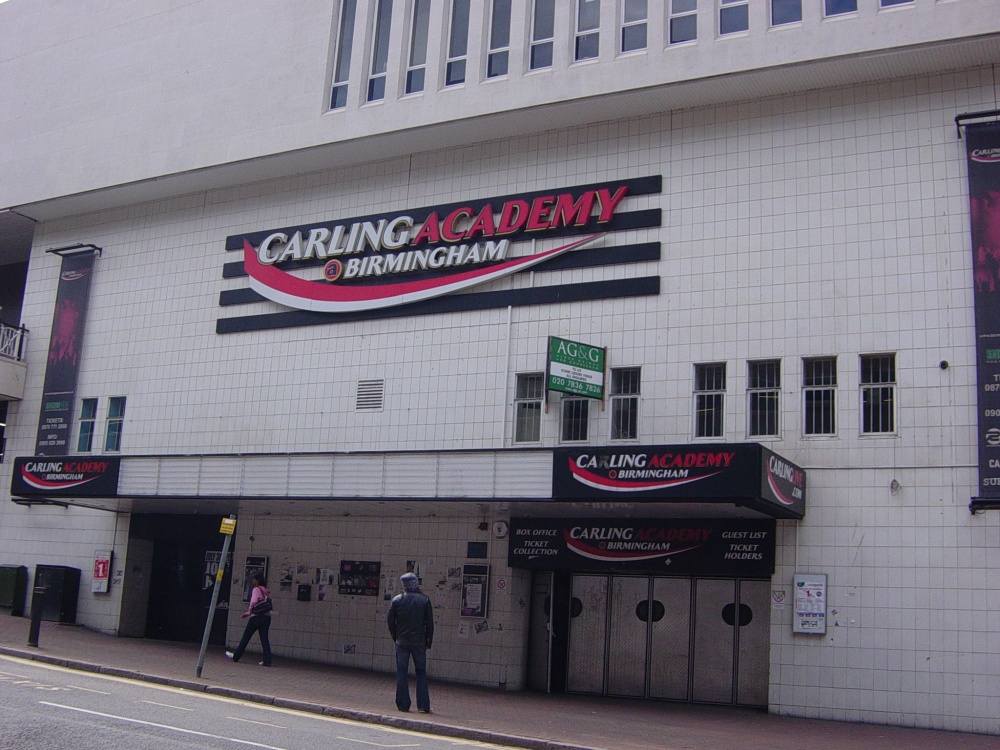 The closed down Carling Academy in 2011, before being rebranded as the Birmingham Ballroom (Photo: Adam Yosef)

A new entertainment venue is opening at the site of the old Carling Academy in Birmingham’s Dale End.

According to reports, the historic city centre building which has most recently housed the Birmingham Ballroom and the Carling Academy in Birmingham city centre is going to be revamped and relaunched as a brand spanking new music hub.

The abandoned site will be given a new lease of life after Birmingham City Council’s licensing sub committee approved an ambitious application to re-open the venue for gigs and club nights.

According to the Express & Star, Brothers Hitesh and Manoj Chauhan want to resurrect the building which has remained empty for seven years.

Through their company Dale End Ltd, they are aiming to relaunch as the Birmingham Forum and host not just live music but also theatre shows, indoor sporting events, comedy, and formal ceremonies such as graduation and awards events.  They also hope to capitalise on auditions for TV talent shows like X Factor and Britain’s Got Talent while maintaining regular club nights and concerts.

The council has placed several license conditions on its approval, including owners making CCTV available to the police, ensuring security and staff training is prioritised, and providing police with a list of events being hosted 28 days in advance. The conditions follow West Midlands Police objecting to the venue’s planned long opening hours.

Birmingham Forum will be allowed to open from 10am to 6am Mondays to Saturdays and 12 noon to 3am on Sundays.

The Chauhan brothers are also the license holders for The Q Club in Corporation Street, The Lock in Gas Street and Monastery in High Street – all in the city centre.

A spokesperson for the new owners said: “This is a visionary and positive application for a major premises. It is a very large and significant venue in Birmingham in the daytime and night-time economy.

“What the applicants are looking to do is exactly what you’d imagine with live gigs, live music, major artists, it’s for things like X Factor, Britain’s Got Talent, pantomimes, comedy shows and all of those sort of things that the premises were built for.

“The gentlemen behind the application are experienced operators within the Birmingham nigh-time economy. This is a very important time for event spaces. Having spaces like this draws in major audiences and is a very important boost to a city like Birmingham. Birmingham has got spaces but this one is sitting there growing cobwebs and there is no reason for that.”

Currently displaying the name signage of its most recent incarnation, The Birmingham Ballroom, the venue closed its doors in January 2013. Previously, the building has housed The Hummingbird, the O2 Academy and the Carling Academy – with stars including Amy Winehouse, The Arctic Monkeys, Babyshambles, Passenger, Shed Seven, Curtis Mayfield and Shabba Ranks performing there.

It is not yet known when the new Birmingham Forum will open its doors to public.

Live music on the site of the currently closed Birmingham Ballroom’s Dale End venue dates back to 1964 when the building was first opened as the Top Rank Ballroom. By the 1980s and 1990s the same venue was known as the Hummingbird.

In the late 1990s, the venue underwent refurbishment and, in 2000, reopened as the Birmingham Academy. In 2002, it was then rebranded as the Carling Academy Birmingham.

On 6 November 2008, it was announced that O2 had purchased naming rights for all Live Nation’s AMG venues in a £22.5 million sponsorship deal, lasting until 2013. As a result, in line with O2’s branding, the venue became the O2 Academy Birmingham.

In September 2009, the O2 Academy moved to the site of the former Dome II Nightclub located on Horsefair, Bristol Street – partly because the building was scheduled for demolition as part of a project called Martineau Galleries. American rock band ‘The Used’ played the last ever Academy listed show at the old Dale End Academy location.

Due to the credit crunch and reduced investment in buy-to-let projects, the Martineau project was put on hold, the demolition didn’t take place, and the location continued as a music venue under the name Birmingham Ballroom. One of the first sold-out club nights at the ‘The Ballroom’ was a multi-room Zombie Ball after-party, in aid of St Basils. Subsequent shows and gigs attracted a range of national and international music stars.

The Birmingham Ballroom was open between 2011 until January 2013, when the venue closed its doors for the final time.

In February 2020, it was announced the venue would soon re-open its doors as the Birmingham Forum.