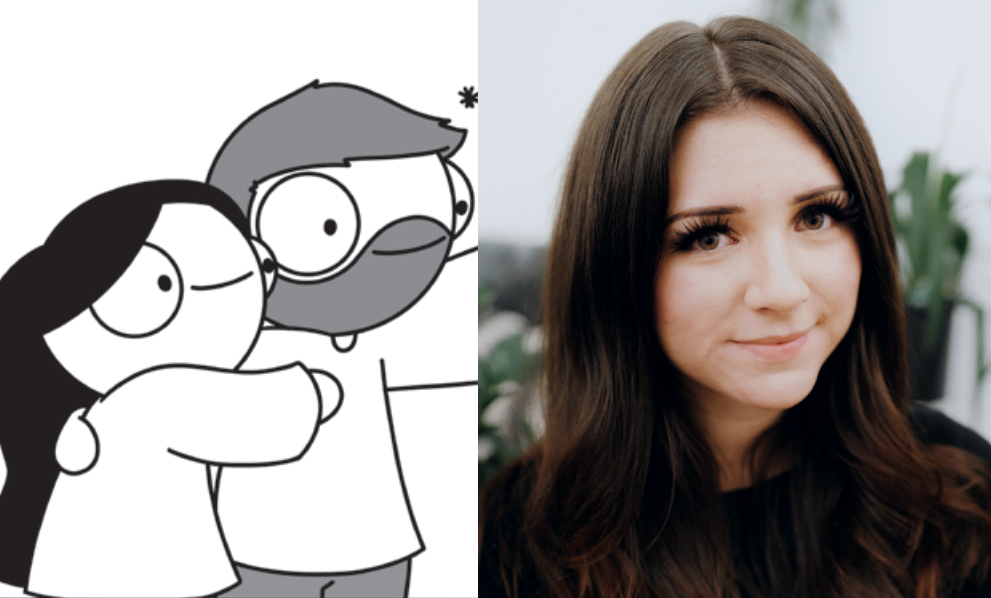 The creator of an unexpectedly hugely popular online comic strip has cancelled her upcoming UK tour, despite it selling out after only one Instagram post.

Catana Chetwynd, creator of Catana Comics, has had to pull out of planned visits to Waterstones bookstores in Birmingham, Manchester, Edinburgh, Leeds and London, which were due to begin tomorrow.

Continuing on from her home tour of the US, the artist was due to launch her six UK dates at Birmingham’s Waterstones in High Street tomorrow evening.

Although Chetwynd herself hasn’t yet given a reason for the cancellation, her PR representatives confirmed the decision, apologising for any inconvenience. Speaking to I Am Birmingham, they expressed their regret and were hopeful for a rescheduling of the dates so as not to disappoint fans.

“We have just been informed by Catana Chetwynd’s team that she has taken the decision not to travel to the UK, and it is with great regret that we therefore have to cancel her events. ”

Who is Catana Chetwynd?

Catana Chetwynd is an illustrator from Saratoga Springs, New York, who uses short comics to chronicle the funnier and loveable side of her relationship with her boyfriend John.

What began as stray doodles on scraps of paper became an internet sensation when Catana Chetwynd’s boyfriend shared her drawings online. Now with an Instagram following of 2.6 million and a Facebook following at well over 1.2 million, Catana Comics touches millions of readers with its sweet, relatable humour.

She also has 13,000 subscribers on her Youtube channel, where she shares life with her boyfriend and drawing tips.

In 2018, Chetwynd adapted her cartoons into a “book of cozy, cute comics”, the bestselling ‘Little Moments of Love’. She has now published her second book ‘Snug’, a collection of comics that perfectly captures “the honest, playful, and relatable snapshots of romantic life”.

A self-taught traditional artist and the illustrator, Catana Chetwynd grew up in New York, where she spent her time creating art and pursing an education in psychology until accidentally stumbling into the world of comics. Not only is her boyfriend John the daily inspiration for her drawings, but he was also the one who suggested a comic series about their relationship in the first place.

Thanks to his idea and his inspiring daily antics, Chetwynd was able to pursue her childhood dream of being a cartoonist.

Speaking about the impact of her doodles, she said: “It warms our hearts to know that there are so many other couples out there fuelled by love, silliness and finger-guns.”

Having developed a big fan base in the UK, Chetwynd was due to visit six British cities in March 2020, where she planned to discuss her latest book Snug, with her fiancé, John, and the growing phenomenon of autobiographical cartooning.

Starting at Birmingham Waterstones on 3rd March, the tour would have taken in Bristol, Edinburgh, Leeds, Manchester and London, finishing on 9th March.

According to Waterstones in Manchester, their event was cancelled two days ago (Feb 29), over “public health concerns”.

“Unfortunately, due to public health concerns, our Catana Comics event has been postponed. We are very sorry for the inconvenience caused. Please call us to speak to a Bookseller if you need anymore information.”

Unfortunately, due to public health concerns, our @catana_comics event has been postponed. We are very sorry for the inconvenience caused. Please call us to speak to a Bookseller if you need anymore information.

During the same time, Waterstones in Birmingham had limitations in place to manage crowd control, but did not feel cancellation was likely. Responding to a query about access without a pre-booked ticket, a spokesperson tweeted:

“We’re afraid not. We’ve had a lot of messages like this about the Catana Comics event & we have a strict 100 capacity in accordance with fire regulations. Unless there’s a cancellation (very unlikely for this event) we won’t be able to let you in.”

We're afraid not. We've had a lot of messages like this about the Catana Comics event & we have a strict 100 capacity in accordance with fire regulations. Unless there's a cancellation (very unlikely for this event) we won't be able to let you in.

However, this morning it was announced the whole UK tour had been cancelled. Responses from her fans have been mostly disappointed but sympathetic and hopeful.

On Instagram, Chris Derby wrote: “They’ve cancelled their UK tour now (understandably) but to not make a post about it first is disappointing”

Eleanor added: “So gutted this has been cancelled 😭😭😭”

On Twitter, Stuart Scott tweeted: “Hey… sad to see you won’t be coming to the UK! Maybe next time…”

The last time a global social media star caused a crowd control lockdown in Birmingham was during YouTube star James Charles’ visit to the Bullring in January last year.

It is with a TREMENDOUS amount of excitement that we can finally tell you – for the first time ever, we are coming to the UK!!! Follow the link in my bio and come hang with us and get your books signed!!! WE’RE SO EXCITED AHH. Or should I say, BLIMEY! #catanacomics #snug

Catana Comics UK tour dates are expected to be rescheduled, although no new dates have yet been scheduled.