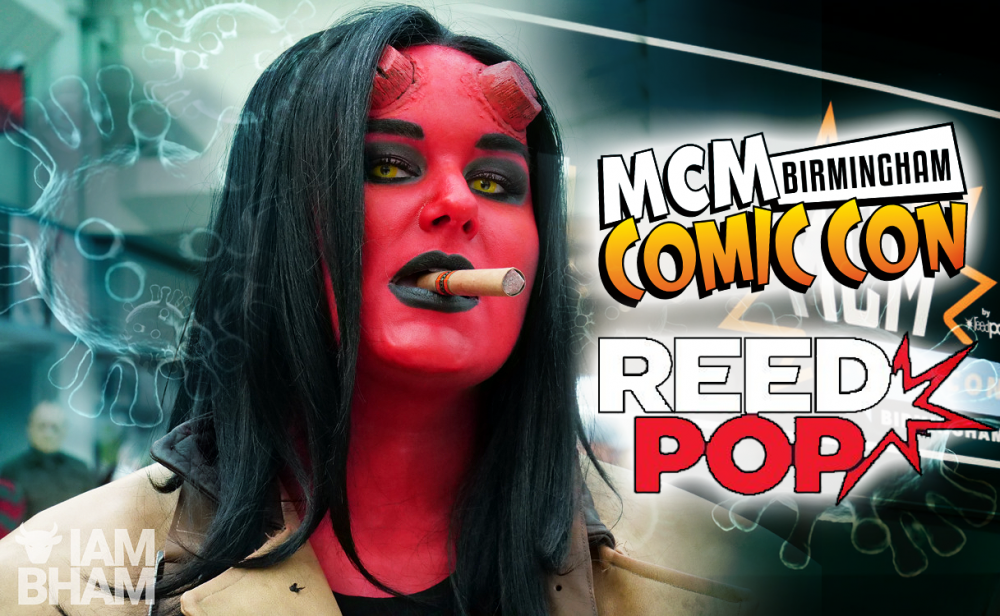 An annual flagship comic convention due to be held in Birmingham next weekend has been dropped, following the postponement and cancellation of several events due to be held at the National Exhibition Centre (NEC).

Following a pattern of large gatherings being shelved across the region in response to the current coronavirus pandemic spreading across the world, MCM Comic Con has become the latest casualty of precautionary measures being set into motion to restrict the spread of the deadly virus.

With thousands of comic geeks and film fans expected to descend on the city for two days next weekend, organisers have pulled the plug, in what has been described as a “difficult decision” by the board at ReedPop, the American company behind the UK’s MCM Comic Con brand.

A favourite for cosplay enthusiasts and autograph hunters, this year’s event was expected to be attended by a host of celebrities including Punisher star Ben Barnes, the cast of cult show Red Dwarf,  Gotham star David Mazouz who plays a young Bruce Wayne, Sherlock, Black Mirror and Fleabag actor Andrew Scott.

In an official statement, the organisers stated:

“We are passionate and dedicated to delivering the best possible experiences for everyone who attends our shows, we know that MCM Comic Con means a great deal to a lot of people, and we care deeply about the MCM community that we love so much. We always want the best for our fans.

“Having monitored the situation around COVID-19 constantly over these last few weeks and taking on board the feedback from the MCM community, we have taken the difficult decision to postpone MCM Comic Con Birmingham.”

The show has now been provisionally rescheduled to run from 27-28th June 2020 at the same venue.

“We tried to do everything we could to run the event as planned, at all times following the protocols and advice set by the World Health Organisation (WHO), Public Health England and the relevant local authorities in Birmingham, but ultimately, we have listened to and acted on the feedback from you, our community, and postponing is the responsible and right decision.

“We realise this decision is going to impact many of the individual creators who depend on MCM Comic Con. Please know that we will do as much as we can to shine a light on your work in the days and weeks ahead and ask that our community support you and help lessen any impact this may have on you all.

“To all our fans, your tickets will be valid for the new MCM Comic Con Birmingham dates and no further action is needed on your part. More information on our guest line-up in June will be communicated as soon as we have it.”

The MCM team have asked those who had purchased tickets to contact them if they are no longer able to attend the new dates, or have any additional queries. Their customer services team can be reached at: [email protected]

The statement continues: “Our thoughts go out to everyone affected by the COVID-19 virus in what is an incredibly challenging time. We remain dedicated to creating a positive and safe environment to celebrate comics, cosplay and pop culture and look forward to a fun weekend in Birmingham in June.”

Which events have been cancelled?

The Birmingham Comic Con is only the latest in a string of events managed by ReedPop that have had to be mothballed due to the coronavirus threat.

Along with postponed events in the US, the company has been forced to axe the London Book Fair and the Emerald City Comic Con in recent days. Today, the company’s EGX Rezzed event – billed to be held at the Tobacco Dock in London – was also dropped for the same reason; with plans to reschedule for the summer.

Other unrelated UK gaming events postponed or cancelled include E3, the world’s biggest gaming show; and the Bafta Games Awards, which are now due to be presented via social media.

The trend has and continues to impact the West Midlands. Four days ago, the UK’s biggest photography and video show of the year – also set to take place at the NEC in Birmingham – was postponed due to the escalation of the virus COVID-19 in Europe.

Football matches have been shelved following the Football Association’s decision to cancel matches until April. A cancelled match between Chelsea and Aston Villa, planned for tomorrow, resulted in the football club donating over 800 staff packed lunches to homelessness charities earlier today.

Birmingham’s annual St Patrick’s Day parade – which was expected to take place this Sunday (March 15) – has also been cancelled. Organisers hope to hold the celebrations later in the year.

Coronvirus in the UK and Midlands

Ten people have since died in the UK from the virus, with the UK government’s chief medical adviser suggesting people who show “even minor” signs of respiratory tract infections or a fever could soon be told to self-isolate in an effort to tackle the outbreak.

As of Friday (March 13), there have been 798 confirmed cases across the UK, which is a rise of 208 on the day before – the largest daily increase to date.  Health officials have said they believe the actual number of people infected could be between 5,000 and 10,000.

The latest two deaths were an 89-year-old at Charing Cross Hospital in London and a woman in her 60s at Queen’s Hospital in Romford, according to NHS England. They also confirmed both patients had underlying health conditions.