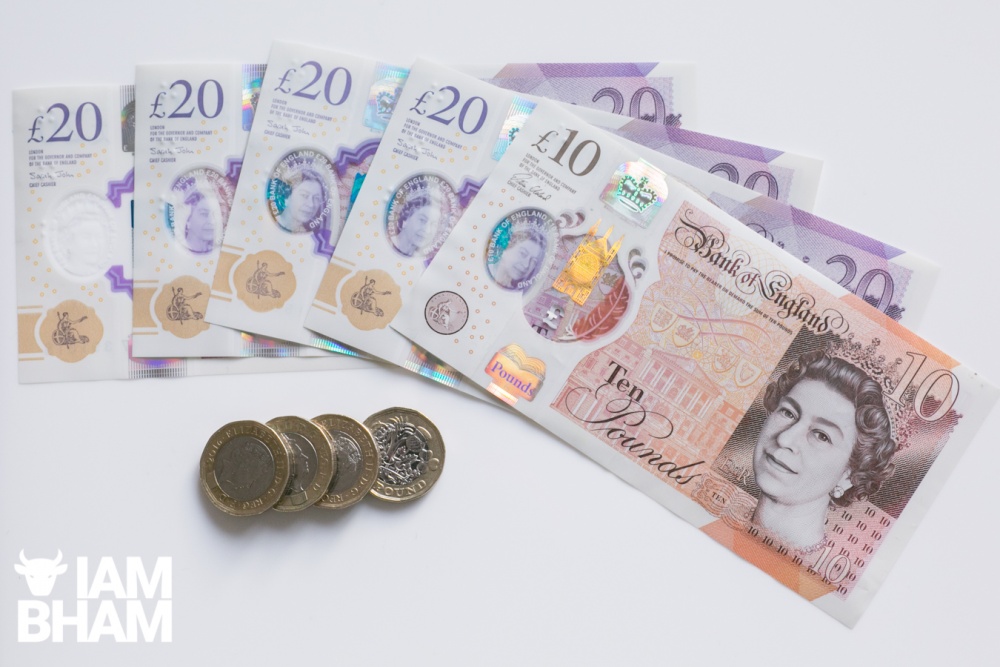 As the government responds to short term financial fears of millions of UK workers due to the coronavirus crisis, self-employed freelancers react with shock as they feel ignored by the government’s suggestion to ‘sign on’.

While worried about paying the bills, or keeping a roof over their heads, the government has responded with a minimum living wage for all employed staff – similar to policies laid out by Labour during the general election.

Employed staff may have breathed a sigh of relief, but for self employed freelancers – different to those self-employed who run a business with employees or premises – are left wondering how they will pick up the pieces.

Many have voiced on social media concerns that they are not going to be able to pay their bills.

Other countries had already implemented a ‘lockdown’ where everyone had been ordered to stay in except in emergencies.

No one could have prepared for this, no amount of business planning or careful budgeting. So when a large percentage of the country had their incomes taken away from them, freelancers are left wondering how they are going to eat or keep paying the mortgage to keep a roof over their heads.

How has their livelihood been lost?

Many people simply cannot work from home. Freelancers jobs require them being out and about, mixing with people, touching people and being in crowded environments.

While customers have been told to stay indoors and socially distance, the government advised salons, bars and clubs owned by self-employed freelancers to close. Those who work for weddings and events have seen their work cancelled, festivals and conferences postponed, and people have stopped going to work in favour of working from home.

These previously thriving businesses lost most of their customers, and therefore income.

The new chancellor Rishi Sunak has responded with unprecedented handouts to redistribute some of the countries wealth. Policies were put in place to help business owners with premises pay their rates, employed people to get eighty percent of their income if they were not allowed to attend work due to the coronavirus, while billionaire companies have had huge bailouts.

What is a self-employed freelancer?

Self employed freelancers whose businesses are run on a gig economy or work to hire basis. These workers  make their own salaries, do not have holiday, sick or maternity pay, take no benefits from the system, yet contribute greatly through their taxes and the services they provide.

Since the governments announcements, freelancers have started conversations on social media about the failures of these new measures to address their concerns or needs. Many of them warn about becoming homeless and losing their businesses within weeks. This group of people represents 5 million workers who are said to contribute £109bn to the economy every year, and an estimated £30bn a year in “added value” to UK gross domestic product.

Who is this group?

These freelancers include taxi drivers, photographers, sound engineers, event organisers, venue decor companies, hair stylists, actors and actresses, graphic designers, sound engineers, bakers. These are but a few of the full and varied list of people who provide services we have probably all used at some point.

I Am Birmingham spoke to freelancers who earn anything from 20k to 100k per year. Many of them have been asked to sign onto Statutory Sick Pay (SSP) of £94 per week if they become ill. Freelance workers feel they have been forgotten, with many questioning why the government cannot pay their wages in the form of an emergency relief.

Does this government understand the self employed entrepreneurs it claims to champion?
Here are the stories of Birmingham self employed freelancers who feel they have been left high and dry and cannot pay their bills.

“I have been an Uber Driver for about 3 years. I earn my money from getting a percentage of each fare I pick up. I work all over. Sometimes I am in Walsall all day. Birmingham, Solihull, it changes everyday.

What the government is offering me is less than I spend on fuel to run my business each week. There is no way it will go anyway towards supporting my family, paying my mortgage or keeping my business going.

Over the next couple months I had pre-booked jobs for airports and such. They have all been cancelled.

I used to pick up 12 fares on an average day. As soon as one fare was finished another fare would pop up. It has all changed. No one is going out. The bars and clubs are closed, people are not going to work or the airport, or visiting friends and family.

We get the odd supermarket run now. I get 2 or 3 jobs if I am lucky, and even that has calmed down because everyone already has all the shopping they need. I am actually losing money every day. Someone has to help us.

I used to earn 70k per year, what can £94 per week do for me? I am not scared of hard work, I have always worked for myself, but what can I do if there are no people.

I am very worried for the short and long term. I called my mortgage company to ask for the break the government has been talking about and they told me, no, I still have to pay it as normal. I have a family and wife at home who looks after our children. I am just praying that something can help us in some way, I know we have to stop this thing, but what am I to do?

My wife asked me “How are you going to feed us?” and the truth is I honestly don’t know.”

“The thought of going on universal credit at the current rates will undoubtedly destroy my business and it will ultimately mean that I will have to close.

I had a number of commissions at concerts for publications directly for artists management, along with PR events coming up for the next few months. A lot of my work involves delivering promo images for popular digital content, but with the new legislation in place, these have all been cancelled for the foreseeable future due to artists and guests taking the government’s advice not to continue with current commitments. I also have had all of my wedding bookings postponed for the summer and all of my future bookings until the end of September cancelled.

The government response to help the self-employed is  a real worry and of great concern. In the current guise, they are completely wide of the mark to help the self-employed sector that I work in and anyone else that I know of in the same scenario. I’m not sure how the current plan of universal credit will pay for any of my colleagues bills and unfortunately will see the majority of us having to seek unskilled jobs to try and get by somehow, or face the reality of being evicted from our homes and possibly made homeless. Even with unskilled jobs, I’m not sure we’ll survive.

The government are currently offering little to no more help than effectively going on job seekers allowance. It’s a travesty and extremely hard to accept. My sector for example, has paid over £100bn into the economy in the last year alone and is made up of 70% freelancers.

I’m worried that I will lose my home and my business. I’m also greatly concerned of the wellbeing of so many of my friends in other self-employed trades who have children and are facing a real struggle to be able to put food on the table in the coming months as all of their work has been taken away due to this pandemic.

I just hope that we can somehow find a way to help everyone in a similar way to how PAYE workers are being looked after in this short space of time.”

“Luckily as I have my part-time contract with Enterprise Europe Network, I personally will be able to cover bills. However, if it wasn’t for this, I would absolutely not be able to do so.

£377 per month is a fraction of my earnings. For my clients who rely solely on their businesses, they will struggle immensely, particularly as many of them are unable to continue to operate.

In the coming months I had a number of speaking engagements, face-to-face workshops and in person client sessions. Many (although not all) have been cancelled or postponed. I would say around half so far have been cancelled and postponed, but I can see this number rising once people realise how much they are and aren’t entitled to.

The help proposed by the government is totally unfair and will negatively impact a number of my freelance clients. Many of the people that I work with are rightfully scared.

My main concern is how this will impact the businesses that I work with. If they all go bust then I won’t have anybody to work with. What is the damage going to be to society once this has passed if all of the small businesses and freelancers are destitute?

The support needs to be fair. Self-employed people should not get penalised. They should have their income protected in a way which is reflective of their average monthly pay.”

“I have been working in theatre for over 31 years. In all of that time I have not signed on. I live alone so I am the sole income for my home. This amount will not cover my mortgage, let alone any other bills I have and food costs.

I had two weeks left on a tour with Gazebo Theatre Company, but that was cancelled. A tour with the Fetch Theatre Company. Five shows with Fishhouse Theatre Company. A new project ‘Insect Safari’. Workshop work for the Royal Ballet. Work supporting unaccompanied refugees. Street theatre work with Creature Encounter.

All of this work has been postponed or cancelled.

I am a self-employed person, with a successful business that has not received any support in 31 years. I am sure the majority of people in my profession who find themselves unable to work in this period will spend most of their time trying to create new work. This will create a positive economy for the arts when the measures are lifted.

I have severe dyslexia so most of the information I’m receiving is quite overwhelming and hard for me to digest. I have tried to contact my mortgage company directly but this is impossible. I am confused and overwhelmed.

I think it is also worth pointing out that not only do I accept work but I also generate work. The sort of companies that I work for on the majority are small community-based companies relying on project funding and only just keeping their head above water. These are highly likely to go out of business.

For the last 31 years I have supported myself as a freelance artist, I have paid tax and national insurance and there has also been times when I’ve employed other people. I’ve supported my two children and never received any payment for them other than childcare. It seems grossly unfair considering I am a successful worker to find myself penalised.”

For more information on coronavirus and the government’s official response, click here.

(Visited 637 times, 1 visits today)
https://www.iambirmingham.co.uk/2020/03/23/i-cant-pay-my-bills-uks-self-employed-freelancers-respond-to-government-coronavirus-plans/https://www.iambirmingham.co.uk/wp-content/uploads/2020/03/5D3_2760-800x534.jpghttps://www.iambirmingham.co.uk/wp-content/uploads/2020/03/5D3_2760-300x200.jpg2020-04-08T19:58:18+00:00Denise JamesActionBusinessCoronavirusNewsPoliticsRetailbail out,benefits,Birmingham Contemporary Music Group,business people,Chancellor,corona virus,Coronavirus COVID-19,Daniella Genas,Denise James,Entrepreneurs,freelance,Freelancers,hand outs,Homelessness,income,James Watkins,Lensi Photography,livelihood,lockdown,Photographer,Rishi Sunak,self-employed,sign on,socialism,Therese Collins,Tories,Universal Credit,unprecedented,VirusAs the government responds to short term financial fears of millions of UK workers due to the coronavirus crisis, self-employed freelancers react with shock as they feel ignored by the government's suggestion to 'sign on'. While worried about paying the bills, or keeping a roof over their heads, the government has responded...Denise JamesDenise James[email protected]AuthorI Am Birmingham
« Local poet sets up emergency fund for freelance performers during coronavirus crisis
Alum Rock woman dies from injuries after being struck by car »