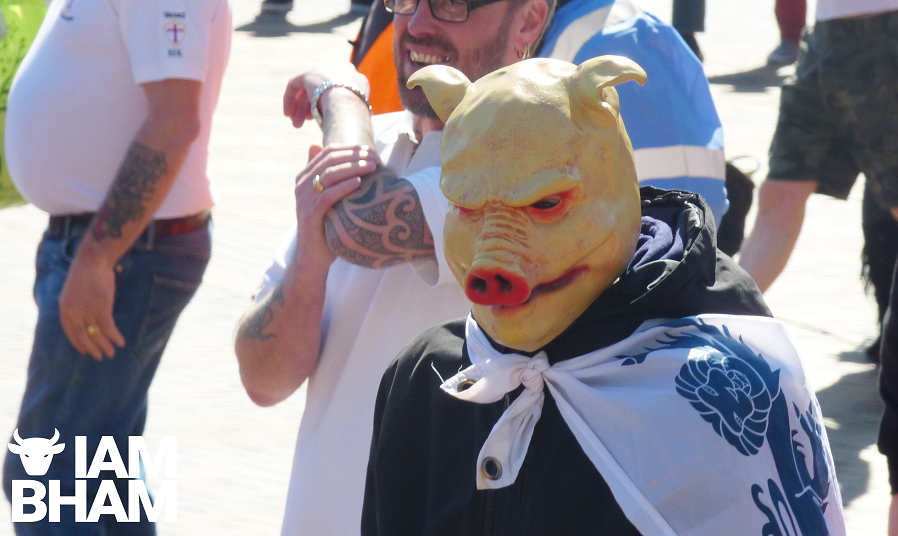 Fake news spread by racist groups has led to an increase in online Islamophobia during the coronavirus crisis according to a new study (Photo: Rangzeb Hussain)

A new study warns the coronavirus crisis has fuelled online hate speech by racist and fascist groups and individuals which could lead to attacks against British Muslims after the lockdown.

The study carried out by Imran Awan, Professor of Criminology at Birmingham City University and Roxana Khan-Williams, found that Islamophobic online ‘Cyber Hubs’ were being formed which share fake news that links UK Muslims to the spread of coronavirus.

The writers, who are both independent members of a British government advisory group on Islamophobia, have published their findings in a report titled, ‘Coronavirus, fear and how Islamophobia spreads on social media’, which provides a snapshot of the extent of this disturbing situation.

“My colleague, Roxana Khan-Williams, and I have examined the impact of coronavirus on social media. We’ve found that coronavirus has been used by the far-right to peddle Islamophobic hate.

“Our study provides a snapshot of the type of language used online about Muslims and coronavirus. And what we’ve found is that stereotypes fuelled by conspiracy theories, memes and fake videos create the perfect climate for the demonisation of Muslims.”

The study showed a significant number of UK far-right groups such as the English Defence League (EDL) and Britain First, and individuals with racist and intolerant outlooks, have shared alarming content portraying Muslims as key contributors to the spread of the pandemic.

Some of the material being shared is offensive, racist, and very provocative with Islamophobia being a major focal point.

Among the Islamophobic and racist fake news theories that gained momentum online were:

· Mosques are responsible for the spread of coronavirus.

· Muslims are super-spreaders of the coronavirus.

· Police give favourable treatment to Muslims out of fear of being accused of racism.

Islamophobic fake news stories also included a multitude of fake photographs and videos, some of which went viral.

One particular video of people attending a mosque in Small Heath was shared by Tommy Robinson, the founder and former leader of the EDL, on the Telegram platform.

The inflammatory video received over 14,000 views and was widely circulated social media platforms despite West Midlands Police confirming the video was filmed before the UK lockdown measures were introduced by Boris Johnson.

“We know that trigger events often lead to a rise in instances of Islamophobia and hate speech and that has certainly been the case during the coronavirus pandemic.

“The rise of fake news and how social media spreads it has led to a lot of these myths produced by the far-right being spread to the point that some have actually made their way into mainstream media, despite being debunked.

“What this report demonstrates is how the coronavirus crisis has been used to create ‘others’ of Muslims blaming them for the spread of the virus, and the extent to which the spread of fake news online is contributing to this extremely worrying trend.”

The comparisons to Nazi Germany and the use of fake news to spread anti-antisemitism during World War II are alarming. Modern social media allows false stories targeting an ethnic minority to spread far and wide without much fact-checking taking place by those who consume the stories.

The independent members of the Anti-Muslim Hatred Working Group (AMHWG) commissioned the research into the way the British Muslim community is being tarred as spreaders of coronavirus. AMHWG is comprised of experts from across society and their views do not express political leanings.

The authors of the report hope the findings are used to stop the rise of racist, fascist and Islamophobic fake news designed to fragment, divide, and tear apart British society.

The research in their report states:

“Online narratives rooted in anti-Muslim bigotry are evolving and transforming in the new social context created by the pandemic.

“In this new context, Islam and Muslims have been associated directly with the causes of the pandemic, fitting well within broader well-known far-right themes depicting Muslims as parasitical to society – foreign, alien and ‘disease-like’.”

Key online figures in the far-right community such as the notorious Tommy Robinson and controversial Katie Hopkins, including former Ukip leader Gerard Batten, have been among those sharing disturbing posts targeting Muslims and falsely linking them to the coronavirus pandemic.

· Coronavirus and Muslims: Finishing the job The Crusades started 1400 years ago.

· ‘Muslims are responsible for spreading the coronavirus, after China it went straight to Christian countries United States, France, England Germany. 9th month, 19 year is when the virus started in China, I’ve known for 20 years this was going to happen. Exact year and exact month.’

· ‘There are two forms of policing in the UK, One for white middle classes, one for little Pakistan. I have been reported to my local police for buying a tomato plant.’

· ‘Shut all the mosques. Demolition is the cure.’

· ‘They make a plan to come to your house and harass you… but leave all the mosques and Muslims alone!! Useless w*****s’.

Co-author of the report, Roxana Khan-Williams, who is a part of the advocacy group Hope Not Hate is concerned that outlandish conspiracy theories which portray Muslims in a negative light are “penetrating common-sense thinking”.

She is deeply concerned about people being exposed to racist and Islamophobic material and accepting the fake news as fact “and absorbing it”.

“It has gained a lot of traction, which is what has made it more dangerous.

“It’s the usual suspects peddling anti-Muslim narratives but it’s gained a lot of support. What they’ve done has worked because people are worried and Muslims are being scapegoated.”

Roxana and Imran are both concerned that these Islamophobic fake news stories and racist memes will gain further momentum during the holy month of Ramadan and there could be a spike in hate crime against the Muslim community in Great Britain.

“We also found that levels of Islamophobia increase around certain events.

“Ramadan, for example, seems to have led to a wave of conspiracy theories around Muslims – with claims the virus is likely to spread around this time.

“All of which leaves Muslims more at risk of Islamophobic attacks when lockdown lifts.

“Social media companies must do more to tackle this and remove posts that are clearly using dehumanising language. If not, the risk is that this could escalate to attacks and incidents when restrictions on movement are lifted.”

If you have been a victim of Islamophobia or racism please contact West Midlands Police via Live Chat. Alternatively call Crimestoppers anonymously on 0800 555 111.