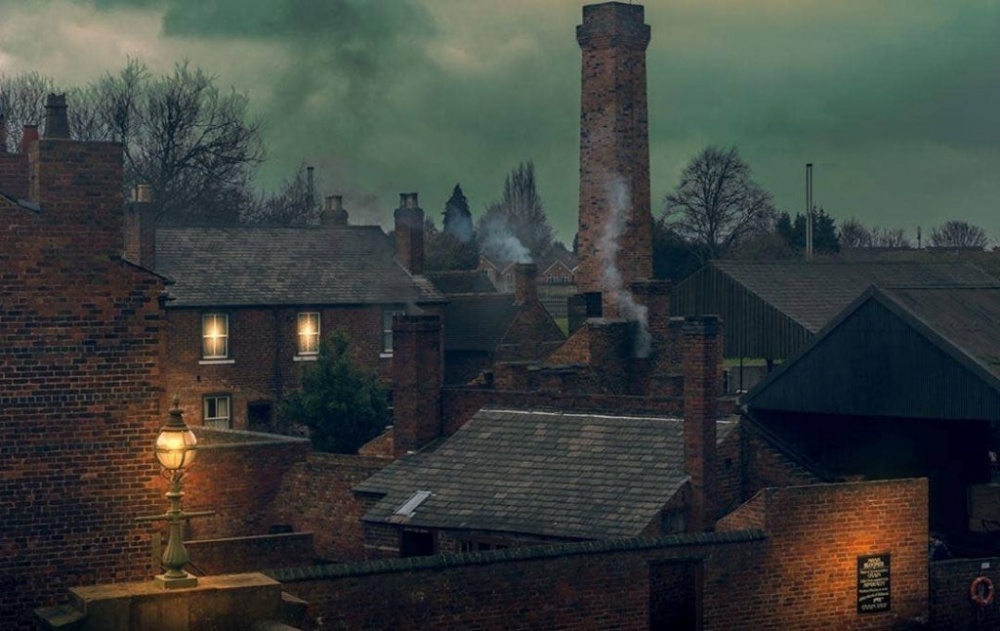 The Black Country has been awarded Global Geopark status by UNESCO (Photo: UNSECO)

The Black Country has been awarded UNESCO Global Geopark status, joining the Cliffs of Fundy in Canada, the French wine region of Beaujolais and Vietnam’s Dak Nong, and only seven other Geoparks in the United Kingdom including the Scottish Highlands.

Dudley, Sandwell, Walsall and Wolverhampton in the the Black Country have received a status boost as they become part of an official, world-famous UNESCO Global Geopark.

UNESCO Global Geoparks are single, unified geographical areas where sites and landscapes of international geological significance are managed with a holistic concept of protection, education and sustainable development.

At present, there are 161 UNESCO declared international Geoparks in 44 countries.

After submitting its final stage of the application to the United Nations Educational, Scientific and Cultural Organisation (UNESCO) last year, the Black Country Geopark project group has been waiting with bated breath to hear whether it would be successful.

And now, more than ten years on since the project was first conceived and discussed it has become a reality.

The Executive Board of UNESCO has confirmed that the Black Country has been welcomed into the network of Global Geoparks as a place with internationally important geology, because of its cultural heritage and the active partnerships committed to conserving, managing and promoting it.

This means the Black Country is now on a par with UNESCO Global Geoparks in countries stretching from Brazil to Canada and Iceland to Tanzania. Geopark status recognises the many world-class natural and important cultural features in the Black Country and how they come to tell the story of the landscape and the people that live within it.

In the case of the Black Country, the significant part it played in the industrial revolution has been at the heart of the bid. More than forty varied geosites have been selected so far within the geopark that tell its story as a special landscape but more will be added as the Geopark develops.

“With geology stretching back 428 million years, and a landscape and heritage that shaped the modern world during the industrial revolution, it is right that the Black Country is given this prestigious UN status.

“Today’s announcement ensures that this remarkable site will continue to inspire the million people who call the landscape home, as well as local and international visitors in the years to come. Congratulations to all.”

Tony Juniper, Chair of Natural England, said: “Today is a landmark achievement which recognises the internationally rich geology and cultural heritage of the Black Country. The move will benefit the environment and boost tourism, as well as providing more people with the opportunity to connect with the natural world.

“We will continue to play our part in making the most of the opportunities that this new Geopark brings, through conserving, recovering and championing the natural environment for the benefit of people and Nature alike, for generations to come.”

“They have dug into their ancient past to build a vibrant future. The Black Country Geopark takes us on a time machine far back, millions of years, into the ancient climates of Western Europe revealing a land of shifting environments from tropical shallow seas, to cool swampy lowlands and much later frigid Arctic tracts where Mammoths roamed.

Such diversity of conditions provides a ready springboard to consider our role in our planet’s immediate future as the climate warms alarmingly. The Geopark has harnessed these features, recognised internationally of high relevance by UNESCO, to re vitalise its countryside and community.”

Councillor Patrick Harley, leader of Dudley Council, said: “We finally did it! This is a truly a momentous occasion for the Black Country. I couldn’t be prouder of what has been achieved and I am delighted the announcement has been made during Black Country Month.

“Our region is renowned for being a driving force during the industrial revolution and this status recognises the importance our geological heritage played at the time and how it defined this area. It also marks the start of an exciting new chapter.

“Becoming a UNESCO Global Geopark really puts us on the world map and gives us the opportunity to tell our story to the world and celebrate the many sites and features that we are so fortunate to have.

“We hope this new UNESCO badge will encourage visitors from all over Great Britain and from around the world and bring in new funding to help us to further develop the Geopark.”

Chris Handy, deputy chair and place lead for Black Country Local Enterprise Partnership, said: “This is fantastic news for the whole Black Country and for all the partners who have worked so hard to achieve this UNESCO status.

“We’ve long known that the Black Country is home to world-class sites of geological importance, sites that have played a key role in shaping our area both in terms of the places and the people.

“This news comes at a difficult time in the Black Country’s history and beckons great times ahead, we look forward to working together to share and celebrate our Geopark with both the people of the Black Country but also the people we hope it will encourage to visit.”

“At such a difficult time for all of us, it’s great to be able to share some good news. We’re rightly proud of the fantastic greenspaces and rich heritage across the borough of Walsall and being just the third UNESCO Geopark to be declared in England is really special.

“One positive to come out of the challenging times we’re in is that we’re seeing more people use our open spaces within the Geopark than ever before.

“I would like to thank and congratulate our greenspaces officers, both present and past, for their hard work and dedication in getting this fantastic achievement over the line.

“This project has also highlighted some excellent partnership working across the Black Country to ensure our four boroughs get the recognition they deserve.

“We are absolutely delighted to be a part of the UNESCO Global Geopark and get Wolverhampton and its hidden gems on the international map.

“We have six geosites across the city, both man-made and natural wonders to explore, and with the UNESCO status, our city’s geosites will be worldwide attractions for all to enjoy.”

The news comes as an environmental boost for the West Midlands region, with neighbouring Birmingham also celebrated for being one of the UK’s greenest cities with over 8,000 acres of public open green space, more than any other equivalent sized European city. The city’s Sutton Park is one of the largest urban parks in Europe.

To find out more about the Black Country UNESCO Global Geopark, visit: blackcountrygeopark.org.uk.