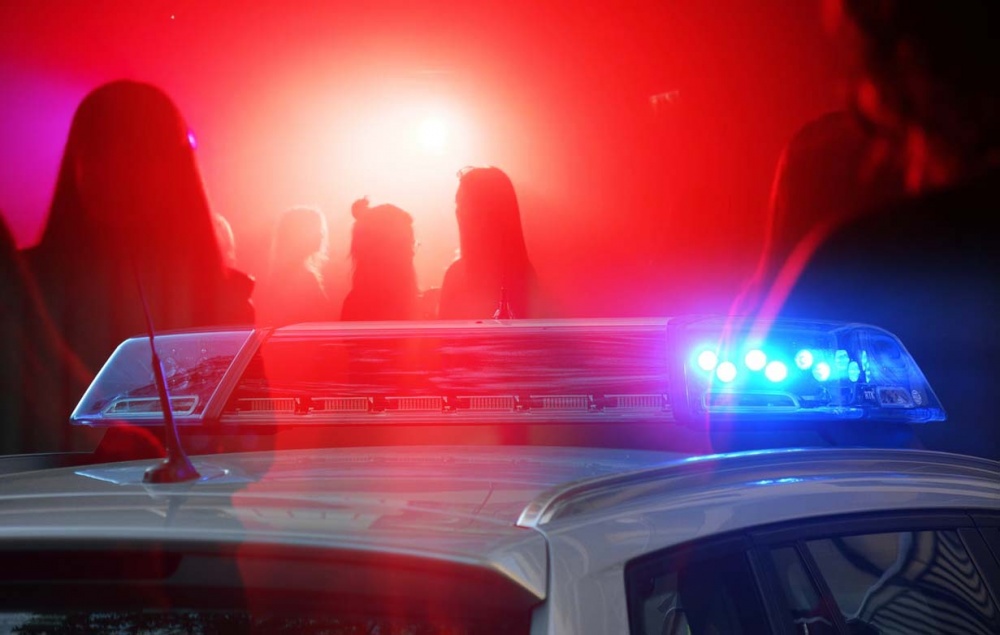 Police officers broke up an illegal rave in Walsall over the weekend and made an arrest, describing the gathering as a “dangerous event”.

The event was stopped after officers came across suspicious activity at an abandoned warehouse in the West Midlands town.

Discovered by officers from the St Matthew’s neighbourhood team in an empty warehouse in Portland Street, police swooped in and shut down the event as soon as they realised what was taking place.

While on patrol in the town centre at around 9:30pm on Saturday evening (11 July), a small police team spotted a number of cars and people gathering outside a disused warehouse site, near Walsall College.

Upon seeing officers, the revellers quickly ran through a metal gate and into the abandoned building, where loud music could be heard from inside the building and more people were seen queuing to get in. Officers also discovered a catering trailer and up to 100 people, suggesting the rave was pre-planned and promoted.

The police team immediately applied for a Section 35 dispersal order and shut the illegal music event down, citing coronavirus as an additional risk for a large gathering that was already in breach of licensing and entertainment laws.

The group dispersed and a 31-year-old man was arrested, he was wanted for an unrelated offence. He was taken into custody and has since been released with no further action.

Inspector Tony Eustace, responsible for policing in Walsall, said: “ We’ve been warning anyone planning to attend illegal raves not to do so.

“They are unacceptable and illegal, particularly during the pandemic where large gatherings are banned to help stop the spread of a killer virus.

“Fortunately the team spotted it and were able to close it down before it was fully underway.

“We’ve taken details of those in attendance and have warned them about the dangers in doing so, and that they could face enforcement and receive a criminal record. It’s really not worth the risk.

“We’ve received lots of information from our communities about these events in Walsall over the past few weeks and have been able to disperse many.

“Please keep that information coming, we really need your help. The key to stopping these events is early intelligence from you.”

Public raves, unlicensed public entertainment events in unlicensed and often dangerous venues, have been illegal since 1990 when the UK passed the Entertainment (increased Penalties) Act, allowing fines of up to £20,000 for hosting illegal raves or parties.

The police clampdown has been in greater force since the start of the COVID-19 lockdown to prevent the spread of coronavirus.

West Midlands Police issued a fresh warning about illegal raves only last month (June 19) ahead of a suspected event in a remote part of the Black Country.

They launched a dedicated operation to arrest and prosecute anyone attending illegal raves after recent raves in Manchester attracted thousands of people and ended in tragedy with one man dying from a suspected drug overdose (June 13).

Greater Manchester Police had confirmed that a 20-year-old man died, a woman was raped and three people had been stabbed during two illegal “quarantine raves” that had attracted 6,000 people.

In a statement at the time, West Midlands Police Superintendent Nick Rowe, said: “Events like this are illegal. They are unacceptable at any time but even more so during a pandemic in which large gatherings are banned to help stop the spread of a killer virus.

“We are taking steps to deploy significant extra resources, including our drone and dogs units, to ensure public safety and minimise the risk of any anti-social behaviour, noise pollution and crime that can result from these type of unlicensed events.

“We are sending a strong warning to those thinking about attending such events – you could face enforcement action and receive a criminal record.

“Anyone who is found organising these kind of events also faces the prospect of us seizing equipment and prosecution.

“Finally, we’re calling on the public to help us. If you have any intelligence or hear about an event taking place, please get in touch with us so we can prevent it and ultimately save lives. The key to stopping these events is early intelligence.”