Social gatherings of more than six to be banned in England 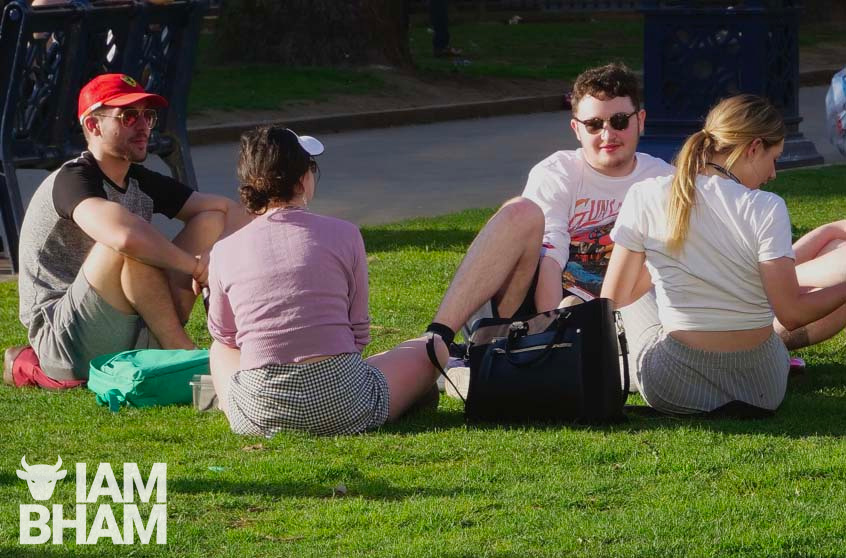 Social gatherings of more than six people will be illegal in England from Monday due to the coronavirus pandemic (Photo: Adam Yosef)

Social gatherings of more than six people will be illegal in England from Monday in response to a sharp rise in coronavirus cases across the country.

Currently, the lawful limit on gatherings is 30 people but a new legal limit will ban larger groups meeting anywhere indoors or outdoors for social purposes, according to Downing Street. From Monday, gatherings of more than six people will be illegal.

The change applies to people of all ages in England, covering indoor and outdoor gatherings, regardless of whether they are held in public outdoor spaces, private homes or hospitality venues such as pubs and restaurants.

However, there are exemptions where the new rules won’t apply; such as at workplaces, schools or weddings, funerals and organised team sports where COVID-19 regulations are already being observed and implemented.

The new limitations will be enforced by police, with a £100 fine if members of the public fail to comply with authorities, doubling up to a maximum of £3,200 if necessary.

There are also several exemptions to the new rules, which will ensure households and support bubbles bigger than six people remain unaffected. The government is expected to publish a full list of exemptions soon.

The Prime Minister is expected to deliver details about the ban at a Downing Street news conference later today (Wednesday 9), announcing the new measures are set to come into force on September 14.

In a preview of his statement, PM Boris Johnson said: “We need to act now to stop the virus spreading. So we are simplifying and strengthening the rules on social contact – making them easier to understand and for the police to enforce.

“It is absolutely critical that people now abide by these rules and remember the basics – washing your hands, covering your face, keeping space from others, and getting a test if you have symptoms.”

What are the new rules?

What are the exemptions?

How does this affect Birmingham?

Cases of coronavirus have reportedly risen in Birmingham, with discussions and speculation already underway about placing the city under a special local lockdown.

The infection rate in Birmingham currently stands at 62.4 cases per 100,000, in the week to September 5. According to NHS data, this is much higher compared to 28.1 cases the week before.

This latest increase means there were 712 infections recorded in Birmingham in the latest seven-day period, the highest in the city since the peak in April, meaning Birmingham currently has the third highest coronavirus rate nationally.

“This is not a false alarm – we are on the precipice and if we are not careful we will be back where we were in April and May and lives will be lost.”

Although he stressed no final decision had yet been taken, West Midlands Mayor Andy Street said the implementation of “additional restrictions” were “likely”.

“The critical message is everybody has a responsibility to follow the guidance. If they do not follow the guidance, we will of course be subject to very stringent restrictions preventing people enjoying the things they’ve been looking forward to.  Secondly, we will see this (virus) move into more vulnerable groups.”

If the city is placed under special measures, Street has suggested it would be “city-wide”.

Birmingham City Council has opened more test sites across the city in recent days and has suggested the increased cases are partially down to increased testing numbers.

However, the steep rise also coincided with the August bank holiday weekend, giving Birmingham its largest single outbreak of the pandemic so far.

While the new social gathering ban doesn’t affect schools, some Birmingham parents have voiced concerns about the recent reopening of educational institutions amid a rise in positive cases in classrooms across the city, leading to pupils being told to stay at home.

Allowing the reopening of schools at the start of this month, Birmingham City Council officials stated:

“All schools have undertaken comprehensive risk assessments in preparation for full reopening and will be communicating with families the new measures that will be introduced for pupils and staff. Any families with concerns should contact their child’s school.”