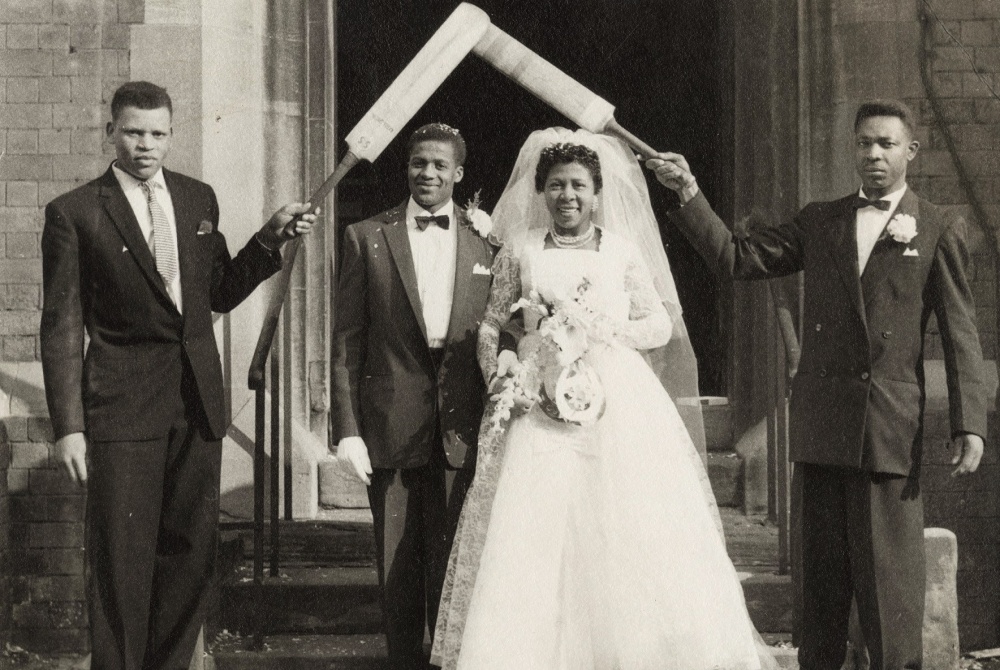 An exciting new photographic exhibition, which will take place during the Commonwealth Games 2022, will be previewed this Black History Month during a panel discussion celebrating Birmingham’s diversity through rarely seen photographs of some of its Commonwealth citizens, who settled here and enriched the city with their contributions.

The panel discussion to launch the photographic exhibition will take place on October 29 and will showcase heritage archives of historical importance held by the University of Birmingham, Library of Birmingham and Birmingham Archives.

Titled ‘From City of Empire to City of Diversity: A Visual Journey’, the original material has been curated from The Dyche Collection.

This collection is one of the most important photographic collections within Birmingham Archives acquired by Birmingham Central Library in 1990. It will document post-1945 migration and the huge contribution made by those who settled in the city from the Commonwealth.

The Dyche Collection features photographs by self-taught photographer Ernest Dyche and his son Malcolm who had two studios in the city producing individual, group, family and wedding portraits.

In the 1950s the portrait work in the Dyche studio shifted its focus to the first wave of migrants arriving in Birmingham from Africa, the Caribbean and Indian subcontinent.

For over 25 years, many visitors to the main Dyche studio would have portraits made to send back to friends and family in their home countries – inadvertently capturing the story of Commonwealth migration and recording an important phase in Birmingham’s social history.

The photographs reveal some of the changing fashions and styles across the decades and also highlight some of the positive cultural and social changes that enriched life for the people of Birmingham.

To highlight the reality of life for immigrants from the Commonwealth countries making a new life in the city, the photographic exhibition will use the Dyche collection and also draw upon other collections held by Birmingham Archives, notably Benjamin Stone, Helen Caddick, Paul Hill, Nick Hedges and George Hallet.

The exhibition will also source material from veteran photo-journalist and historian Vanley Burke, who has been documenting Birmingham’s black working-class community for several decades.

The material in the exhibition will unveil a more intimate understanding of the people who settled in Birmingham from across the Commonwealth of Nations, a political association of 54 member states, nearly all former territories of the British Empire.

Sabra Khan, Executive Director at Sampad, said: “We’re delighted to be working in partnership with Birmingham Archives, Library of Birmingham and University of Birmingham to bring to life these important photographs reflecting the incredible contribution Commonwealth communities have made to the city.”

Additionally, a spokesperson for Sampad said: “We are delighted to announce that funding has been awarded by the National Lottery Heritage Fund to curate two major photographic exhibitions and an extensive citywide community engagement programme to coincide with the Commonwealth Games 2022 in Birmingham.”

A smaller exhibition will tour to libraries and arts centres across the region. As well as an event and talks programme, there will also be a schools engagement programme and opportunities for volunteers to develop skills and learning around archive research and exhibition curation.

Anne Jenkins from The National Lottery Heritage Fund said: “The role of migrants arriving in Birmingham post-1945 and the important contributions that they made have played a significant role in shaping the culture and heritage of the city.”

Ms Jenkins added: “Inclusive heritage is very important to us at The National Lottery Heritage Fund which is why we are proud to support Sampad to showcase the important Dyche Collection through these major exhibitions and their accompanying activities.

“This will illuminate and acknowledge a lesser-known aspect of Birmingham’s heritage and broaden understanding in the wider community.”

A live discussion panel via social media will launch and preview the exhibition on October 29 and the main exhibition will officially take place during the Commonwealth Games 2022.

The launch will feature an online discussion with speakers providing an opportunity for audiences to find out more about the importance of this collection and how they can get involved in the project.

The distinguished panel will include a diverse set of speakers such as Jim Ranrahan (archivist), Professor Ian Grosvenor (co-curator and Professor of Urban Education History and Director of the Voices of War and Peace Centre at the University of Birmingham), Rita McLean (co-curator, Museums and Heritage Consultant and former Director of Birmingham Museums and Art Gallery 2002-14).

The panel will also include Maryam Wahid, an award-winning artist and photographer based in Birmingham whose work explores her identity as a British-Pakistani Muslim woman.

She previously had her photographic material exhibited at a show called ‘A Woman’s Journey’ at The New Art Gallery Walsall as part of the Transforming Narratives project.

Councillor Jayne Francis spoke about The National Lottery Heritage Fund award which led to the creation of the exhibition.

“This is a really exciting award which will enable us to work with Sampad to preserve this important collection of images, demonstrating their relevance to our diverse modern city whilst showcasing the international nature of Birmingham’s collections at a time when the world will be watching the Commonwealth Games taking place here.”

‘From City of Empire to City of Diversity: A Visual History’ will officially launch on Thursday 29 October, between 4pm and 5.30pm as part of Black History Month. The launch will be hosted by Sampad’s Executive Director Sabra Khan and will be broadcast live on Sampad Arts Facebook page and on Zoom by clicking on this link.