OPINION: Why we’re coming together to stand up against domestic violence 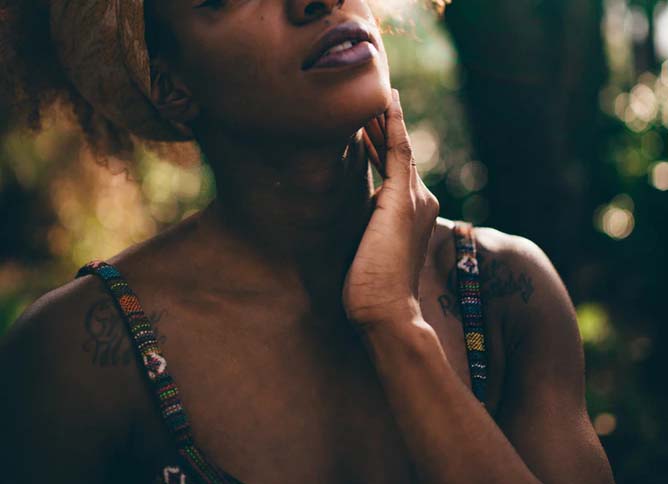 Farisai Dzemwa delves into how domestic violence has been affecting women during self-isolation (Photo: Kal Visuals)

A lot of research has been done and written about domestic violence by researchers and academics. This is talked about and spread far and wide. Services are shaped and formulated this way.

It is rare though that we get to hear lived life stories straight from the victims and survivors, the horse’s mouth so to speak.

I get moved when I hear and read statistics about domestic violence as so negatively responded to. It has been revealed and talked about for years that services that help with victims and survivors are insufficient and this year, with COVID-19 ravaging the country, I am not surprised to read about how it has got even worse.

Most organisations have this year been noted to, in agreement say that the insufficient measures to ensure critical support and services for survivors of violence – especially those least likely to get help – before and during the COVID-19 pandemic have left these organisations scrambling to meet the needs of the vulnerable women.

Such updates are not encouraging and are causing even more stress and anxieties among the vulnerable groups, including male victims who have always been left to stand alone in their plight to survive violence while being stigmatised should they dare to report or speak out.

Though the government acknowledges that coronavirus household isolation instructions can cause anxiety for those who are experiencing or feel at risk of domestic abuse, it is not enough because the need for more suited facilities remains a painful fact too.  I agree that there is never an excuse for domestic abuse, no matter what the circumstances are but it is a fact that at present the rise of cases is not something we can only talk about.

The government has stated on their website that these isolation instructions do not apply if you need to leave your home to escape domestic abuse, but my question is if there is insufficient facilities and services, where are these vulnerable people going to go?

This is the reason why a group of us survivors have decided to rally together and do our part to try and ease the situation by building awareness using social media with an upcoming event on the 31 October 2020. Stories of lived life experiences are one of the ways we feel will open the public’s eyes to the harsh realities of many areas of domestic violence that go untold and thus unaccounted for let alone attended to.

I came to the UK from Zimbabwe to escape an abusive close family member who groomed me for several years before sexually abusing me once I turned 16. This was then followed by several more years of manipulation, threats, monitoring, and passive aggression which was lost to the rest of the family.

I will also speak about domestic violence affecting the diaspora away from the support network of family, that could have helped me had I mustered the courage to tell them and not left home.

Thank God for local services that supported me out of my toxic situation. Having then worked as a mental health professional, helping some victims and survivors from a different angle to that of family, I will share the pros and cons of services for victims in the BAME communities and why I agree that speaking out may contribute to improving the services that are tailored for the BAME communities.

I now campaign to help other survivors speak up for themselves and to challenge the idea in many societies that it is better to protect the family name than to speak up about domestic abuse.

I have since established a Community Integration Hub (CIC), a safe platform for people to share their experiences, to be coached, and signposted to other services I collaborate with when needed. I am a certified NLP practitioner,  a practitioner of timelines, a motivational speaker, and a mental health professional. I come also with a wealth of lived life experiences to the hub, thus am able to wear the right hat for each client as they consult with the hub.

Having realised the beauty of living a happy and free life that comes with leaving the toxic vicious cycle I had been caught up in,  I was again jolted into action recently when the ripple effects of COVID-19 started to increase the stories of domestic violence.

My conscience birthed the idea of the unique awareness virtual event that is aimed at increasing awareness of what domestic violence looks like to the victims and survivors, undiluted or edited following several months of hearing this negative news.

Our event on the 31st will be giving a platform to a group of women and men to speak out,  share their experiences and their survival methods thus awareness is indeed built from a different angle ie:

The speakers’ angle of experiences and expression of domestic violence and its ripple effects followed by their success stories having managed to survive the ordeals of domestic violence. The intention is to have an ongoing support network on the Community Integration Hub in collaboration with the speakers’ own groups, organisations, or and charities which I believe will provide the very much needed and added input from communities.

Sylvia Cooper was born in Harare, Zimbabwe where she lived until she migrated to the United Kingdom in the ’90s. She lived in the UK for 12 years, earning her Registered Nursing diploma there. She moved to the USA in 2006 where she furthered her education and later earned a BSN and MSN in Nursing Administration.

She is a nurse, speaker, published author, and a certified sexual assault advocate and trained to provide direct services to domestic violence victims and their children in the state of Texas.

She is also the founder of the community organisation Victim to Survivor, author and volunteer at Fortbend Women’s Center. As a domestic violence survivor herself, Sylvia has a deep desire to help women like her by sharing her experiences with domestic violence she inspires, encourages, and empowers victims to walk away from abuse while spreading domestic violence awareness.

Jean-Louis Delomme Is a former military man, having served in the marines, He’s also an engineer with the railway service, a fitness trainer and coach.

He is passionate about giving back to communities having faced domestic violence in his first relationship, PTSD and related health issues after serving in the army.  He is, above all, a loving principled family man and runs a fitness project in London, encouraging people to manage mental health problems through exercise.

Mamoyo Mavis is the Founder and CEO of the Power of the Mind Networks, a community organisation that seeks to promote social inclusion through storytelling. She is an author and a motivational speaker. She has run several awareness workshops around domestic violence and attends Women’s forum meetings run by Northampton Council.

She is now part of the steering committee that seeks to understand issues around domestic violence amongst BAME people and how best they can be supported. She is passionate about the advancement of women’s issues and giving them a voice.

She also runs a support group for widows called Widows of Substance. Mavis would like to see a future where women are given a voice and have the same education and employment opportunities as their male counterparts.

Galit Grosser runs a business called ‘Powear – Wear your Power’. The business’ goal is to provide personal styling consulting, for women, with an emphasis on empowerment and development.

She works with her husband Gilad Grosser on promoting and raising the awareness and importance of self-love and self-acceptance. The project is called the international ‘I ❤ Me’ project, based in Zurich and has participants from all over the world, of all sexes, genders, religions, ages, and from locations across continents.

Influenced by their elder daughter’s arrival into the world, Galit and her husband created another international project called ‘Children are the future of us all’. The project’s goal is to raise the awareness of and prevent child abuse, while placing an emphasis on raising the awareness throughout the entire world regarding the signs of a child who’s experiencing abuse, in order to offer appropriate help as soon as possible.

Uché Kay witnessed domestic violence as a little girl which impacted her life as she grew into a woman. It shaped and directed her relationships with men resulting in parenting her son alone and navigating various complex unions, and divorce.

She is now happily married to a man that loves her the way she is meant to be loved. Her passion is now to serve other women by coaching them in things to do with love, building holistic wellbeing, healthy sexuality, and being true to themselves.

A mum-to-three boys, she is passionate about family and sets herself as a good example, demonstrating what she preaches to her clientele as she believes that charity begins at home.

Marie-Noelle Ntouba, our event MC and host, is co-founder of a community based Christian women’s support and networking group Purpose Driven Christian Women.

She is an entrepreneur, and a mother of two, Marie-Noelle is passionate about purpose and fulfilment for women especially but not limited to the BAME community women. She is the CEO of Safari delights and a motivational speaker.

During Saturday’s session, she will chair online proceedings, panelist speeches and the Q&A session.

⬤ This article was written by Farisai Dzemwa from Wolverhampton, who is training as a community journalist with Migrant Voice and MiFriendly Cities’ ‘Media Lab’ initiative – a project co-financed by the European Regional Development Fund through the Urban Innovative Actions Initiative. Author views do not necessarily represent I Am Birmingham or partner organisations.To find out more about how I Am Birmingham is supporting the project, read here.